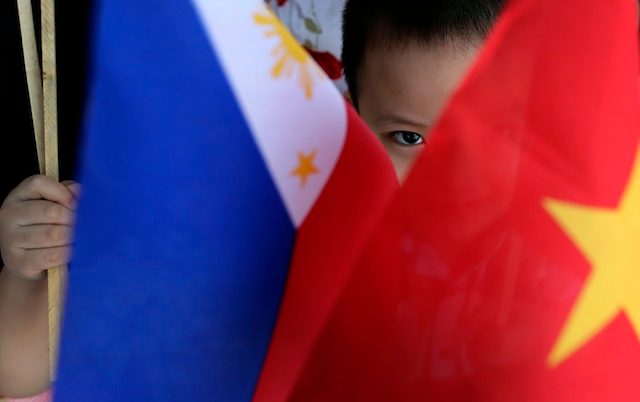 Facebook Twitter Copy URL
Copied
Next to the Philippines, Vietnam is the Southeast Asian country that most actively challenges China's claim over the South China Sea

MANILA, Philippines – Vietnam, one of China’s two toughest challengers in the South China Sea, and 4 other countries sent envoys to a historic hearing that pits Manila against Beijing.

In a news release on Tuesday, July 7, the Permanent Court of Arbitration (PCA) explained that the tribunal handling the Philippines’ case “has decided not to open the hearing to the public.”

The tribunal, however, has allowed 5 countries “to send small delegations as observers” for the hearing that began Tuesday.

The PCA, which serves as the venue for the arbitration proceedings, listed the following countries as observers: Vietnam, Malaysia, Indonesia, Thailand, and Japan.

Next to the Philippines, Vietnam is the Southeast Asian country that has most actively challenged China’s claim over the South China Sea.

In fact Vietnam filed a position paper on the Philippines’ case before the PCA in December 2014. In this document, Vietnam joined the Philippines in rejecting China’s excessive claim.

The Philippines affirmed Vietnam’s support for the case, as Hanoi also mulls “legal actions” against Beijing.

The Philippines and Vietnam have also begun to work on a strategic partnership.

Malaysia, another country that sent observers to the hearing from July 7 to 13, is another claimant country in the South China Sea.

The presence of these countries is expected to anger China, which rejects third-party involvement in resolving sea disputes.

The ongoing hearing seeks to determine if the arbitral tribunal at The Hague has the right to hear the Philippines’ case. (READ: Philippines vows to smash China’s strongest argument)

‘Spirit of UNCLOS’ at stake

Like the PCA, in his opening statement at The Hague, Philippine Foreign Secretary Albert del Rosario also noted the presence “of representatives of Vietnam, Malaysia, Indonesia, Thailand and Japan to observe these critical proceedings.”

Referring to the 5 countries’ presence, Del Rosario explained on Tuesday that China’s expansive claim over the South China Sea has “created significant uncertainty and instability in our relations with China and in the broader region.”

Del Rosario told the tribunal, “The case before you is of the utmost importance to the Philippines, to the region, and to the world.” (READ: FULL TEXT: The Philippines’ opening salvo at The Hague)

The Philippines’ top diplomat pointed out that the South China Sea dispute “goes to the very heart” of the so-called Constitution for the Oceans, the United Nations Convention on the Law of the Sea (UNCLOS).

“In the Philippines’ view, it is not just the Philippines’ claims against China that rest in your capable hands. Mr President, it is the spirit of UNCLOS itself,” Del Rosario said. (READ: PH to Hague tribunal: China threatens law of the sea)

“That is why, we submit, these proceedings have attracted so much interest and attention. We call on the tribunal to kindly uphold the convention and enable the rule of law to prevail,” he said.

Del Rosario also hailed the provisions of UNCLOS on settling sea disputes. “It is these dispute resolution provisions that allow the weak to challenge the powerful on an equal footing, confident in the conviction that principles trump power; that law triumphs over force; and that right prevails over might.” – Rappler.com