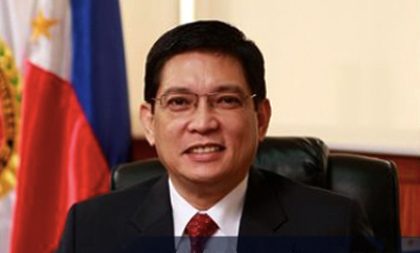 MANILA, Philippines – Dismissed National Bureau of Investigation (NBI) Director Magtanggol Gatdula said he intends to clear his name even as the justice department refuted claims that it rushed the probe into his alleged involvement in a kidnap-extortion case.

The case involved the kidnapping of undocumented Japanese Noriyo Ohara from whom money was reportedly extorted.

Gatdula claimed that never in his police and military career had he ever extorted money.

President Benigno Aquino III, who appointed Gatdula, in effect however said he had lost confidence in his appointee. This is reason enough for Gatdula to leave.

Aquino said in a mix of English and Filipino that orders to transfer her to the immigration bureau were not carried out. “That to me is unsubordination. Preliminary investigation has already been completed. There were several occasions that he was informed either by the media or the secretary of justice herself.”

Earlier reports indicated that Customs deputy commissioner Danilo Lim might be asked to replace him, following a meeting he had with Justice Secretary Leila de Lima Friday.

Justice Undersecretary Francisco Baraan III, according to ANC, had asked Gatdula to appear before the their fact-finding panel and present his side. Baraan said their investigations found both direct and circumstantial evidence against Gatdula.

Malacañang officially informed the former NBI chief of his relief in a terse one-sentence letter signed by Executive Secretary Jojo Ochoa on January 19. It gave no reasons for his relief.

President Aquino said Gatdula had been given due process prior to his removal from office. – Rappler.com