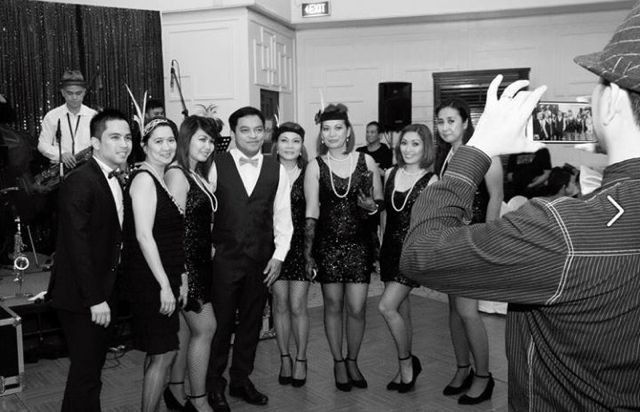 Facebook Twitter Copy URL
Copied
Instead of throwing a party to celebrate its 35th anniversary, the LRTA should have reviewed the state of its train system, militant group Bayan says

Bayan Secretary-General Renato Reyes posted photos of the July 10 party and a letter that the group received from “concerned LRTA employees” last July 15.

The letter writers criticized the actions of the LRT management, whom they accused of turning a blind eye to the long queues, deteriorating train conditions, and suffering passengers who ride the LRT trains every day.

The July 10 party, held at the Manila Grand Opera Hotel, came on the same week that Typhoon Falcon (international codename Chan-hom) brought heavy rains to the metro. It was during this time that a video showing rainwater leaking from the roof of an LRT train made the rounds online.

Reyes said that Bayan was not questioning the right of the LRTA to throw a party, but added: “We leave it to the riding public to judge the propriety of such actions during these most difficult times.”

He also posted a copy of a June 19 memorandum issued by LRTA administrator Honorito Chaneco. The memorandum required all LRTA employees to arrive at the party in 1920’s era inspired attire or they will be denied admission.

“This will be strictly enforced as those employees who will come not wearing the appropriate 1920’s get-up will not be allowed entry to the hotel,” the memorandum read.

Chaneco also promised “optimum fun and maximum enjoyment” with “cool gimmicks” for the celebration of the agency’s 35th anniversary. Reyes said that some employees reportedly refused to attend the party because they did not want to spend thousands of pesos for their costumes.

He also suggested that instead of throwing an exclusive costume party, the LRTA should have used the occasion to review and evaluate the state of the train system, which he said “continues to suffer serious maintenance and operations issues.”

“As administrators, they should give the highest priority to the operations of the train system and the welfare of the commuters. With his 20’s inspired party, it’s as if LRTA’s Chaneco is rewarding himself for the inefficiency of his administration,” Reyes said. – Rappler.com