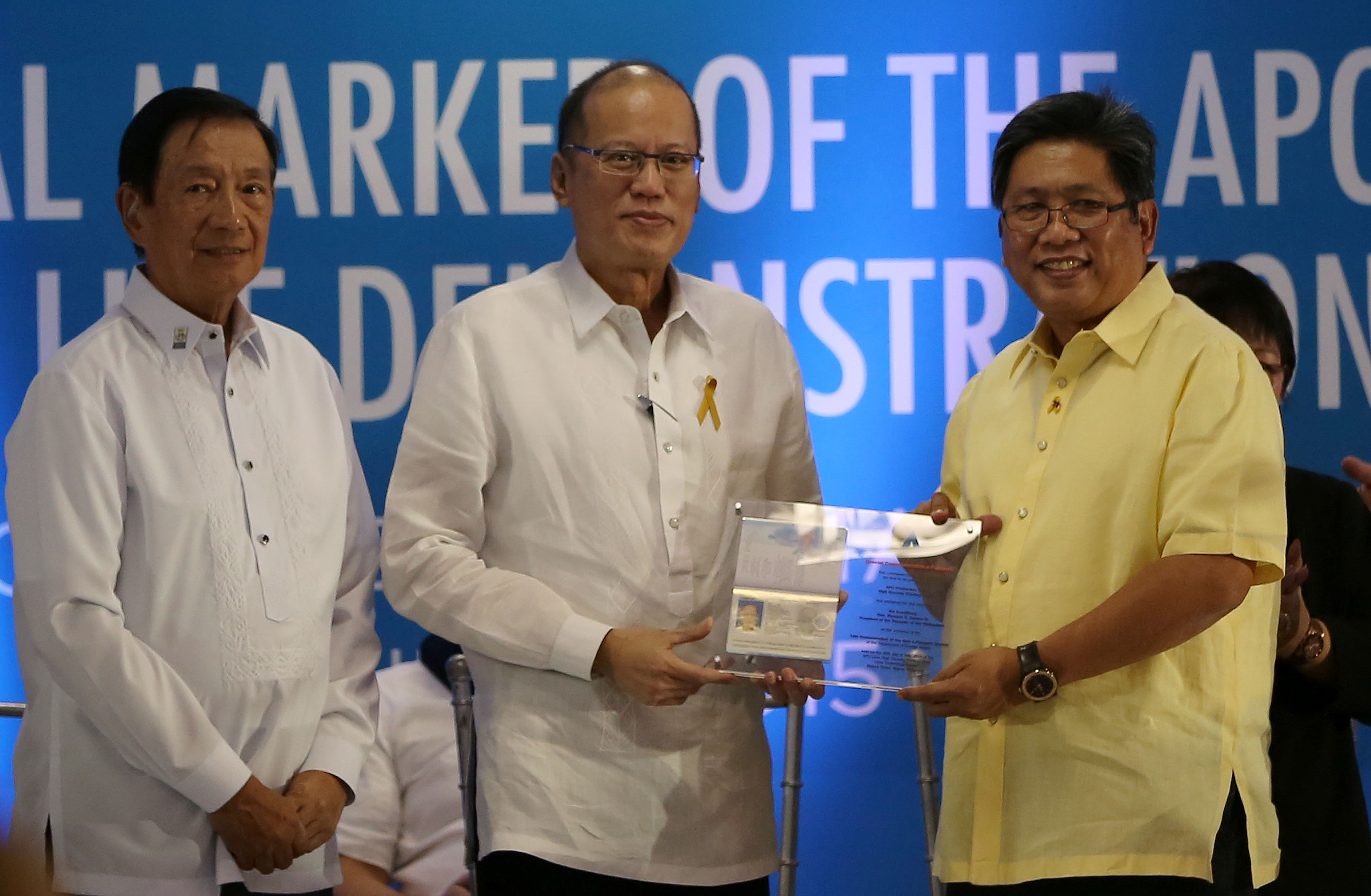 BATANGAS, Philippines – Amid delays in passport issuances, the government said Filipinos would get more secure and more durable passports by the first quarter of 2016.

This comes after the Department of Foreign Affairs and the Apo Production Unit Inc, an attached agency of the Presidential Communication Operations Office, signed an P8-billion, 10-year contract in January to streamline the e-passport system.

The new e-Passport would be made of durable and high-quality materials to last beyond normal wear-and-tear period. It would also have added security features in accordance with the global standards set by the International Civil Aviation Organization, such as tamper-proof electronic microchip technology, see-through image, and embossed effect similar to that in bank notes.

Aquino went through all the process of the new passport application in 5 minutes, 17 seconds, shorter than the usual 6 minutes according to Atayde. This included the entire process – from enrolment, capturing of biometrics and bio-data, printing, and verification. The queuing, however, was not taken into account.

“[E-Passports] would be very hard to counterfeit because the machines are only available to government entities. APO would use the same printing techniques used [by the Bangko Sentral ng Pilipinas] for bank notes,” said Scott Atayde of the business development group of APO.

APO is expected to address the country’s need for increased passport production until 2026, as it is said to have a production capacity of 20,000 passports daily.

Unlike before where there were different agencies working on each level, the entire process – enrolment, personalization, and booklet printing – would now be put under APO’s roof.

With this, the government said, regular processing would be shortened from 15 to 10 working days, while express processing will be reduced to 5 working days from the usual 7.

But Aquino expressed confidence that APO would be able to carry out its duty.

The e-Passport project is envisioned to be one of the legacy projects to be highlighted during Aquino’s last State of the Nation Address on July 27.

“Let me take this opportunity to express my confidence that you will be able to reach an agreement at the soonest possible time, so that production can also begin as envisioned in January 2016. Now that I have my own ePassport—though it seems as if I cannot use it—I am certainly looking forward to seeing this plant’s operations in full swing,” Aquino said in a speech on Monday.

APO is one of 3 government printers recognized in the General Appropriations Act and endorsed by the Governance Commission for Government-Controlled or Owned Corporations (GOCCs). The other two are the National Printing Office and the Bangko Sentral ng Pilipinas. – Rappler.com