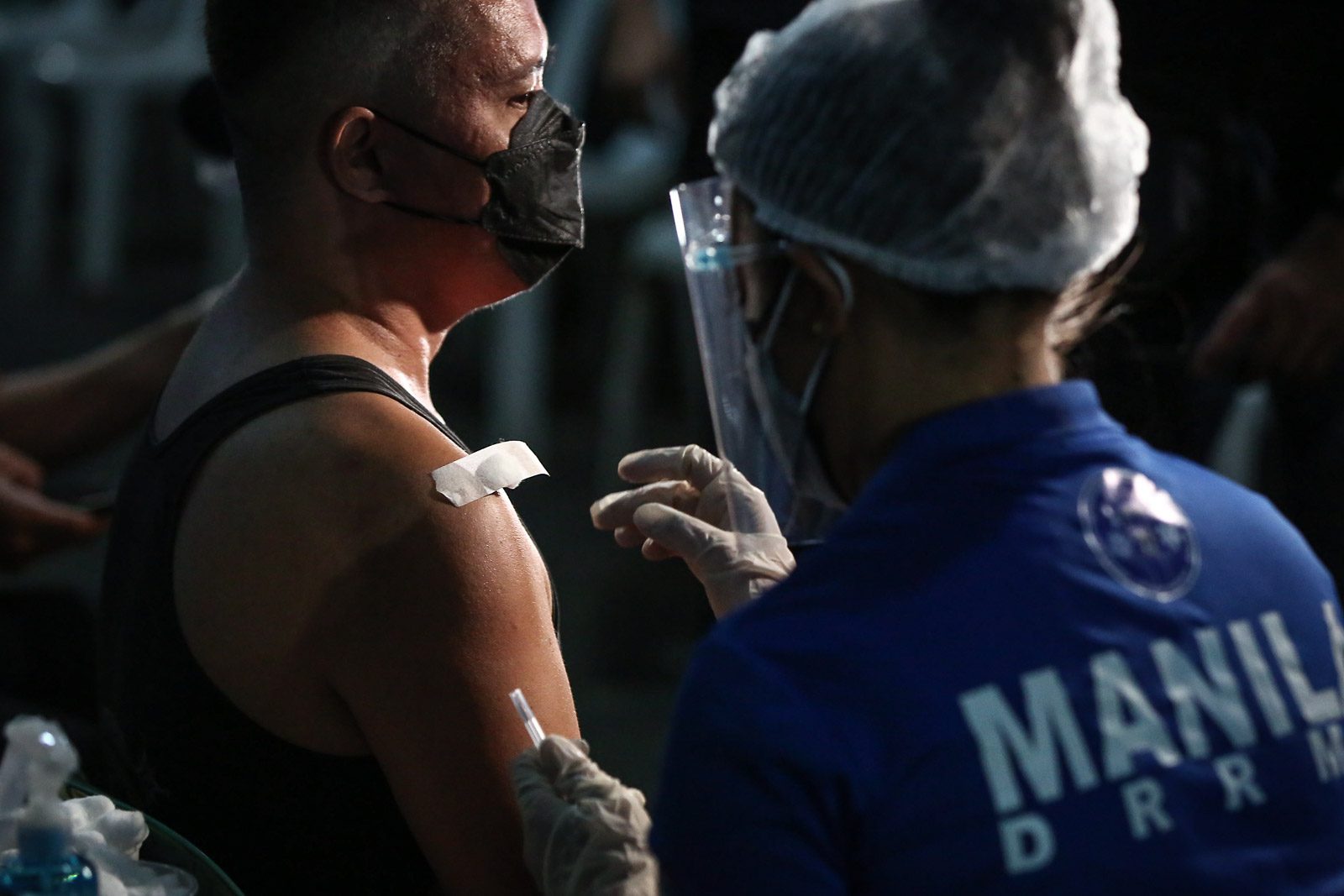 MANILA SURGE. Vendors and other workers at the night market in Divisoria, Manila queue for their booster shot during a night vaccination program by the city. Rappler

MANILA, Philippines – The Philippine government announced it is extending Alert Level 3 in Metro Manila, Cavite, Baguio City, and 80 other areas until the end of January.

The new alert status was announced by Presidential Spokesperson and Cabinet Secretary Karlo Nograles on Friday, during a press briefing.

Agencies and instrumentalities of the government (60% on-site capacity)

Below is the list of areas under Alert Level 3:

The country has been repeatedly breaking its records for new COVID-19 cases, logging over 34,000 new infections on Thursday, most of them from Metro Manila.

Nograles explained that Alert Level 3 was retained in Metro Manila because the healthcare utilization rate in the region has not yet hit 71%, the trigger of alert level escalation.

The government wants to avoid imposing Alert Level 4 by telling the public, hospitals, and medical facilities that hospital COVID-10 bed space be reserved for severe and critical cases, or persons with moderate symptoms but are part of vulnerable sectors of the population.

Health department spokesperson Undersecretary Maria Rosario Vergeire said new reported cases are not translating to a rise in severe cases or deaths due to COVID-19, likely due to higher vaccination rates and, according to studies, the mildness of the Omicron variant compared to Delta.

“We saw a phenomenon called decoupling in the National Capital Region. This is when a rise in cases does not translate to a rise in the number of people who get hospitalized from severe or critical illness and death,” said Vergeire in the same press conference.– Rappler.com