TEST. Public health workers prepare to give a boy a COVID-19 test in Cagayan de Oro.

The Regional Epidemiology, Surveillance and Disaster Response Unit (RESDRU) of the Department of Health (DOH) recorded 113 COVID-19 cases in Cagayan de Oro on Friday, the day the government’s coronavirus taks force placed it under the stricter Alert Level 3.

It marked the first time this year when the city recorded triple-digit infections in a single day after the number of daily cases dropped to two digits, single-digit, and at times none during the last quarter of 2021.

But by Monday, January 10, the city started registering an average of 60 cases a day, and then it saw the number of single-day cases reaching three digits on Friday. 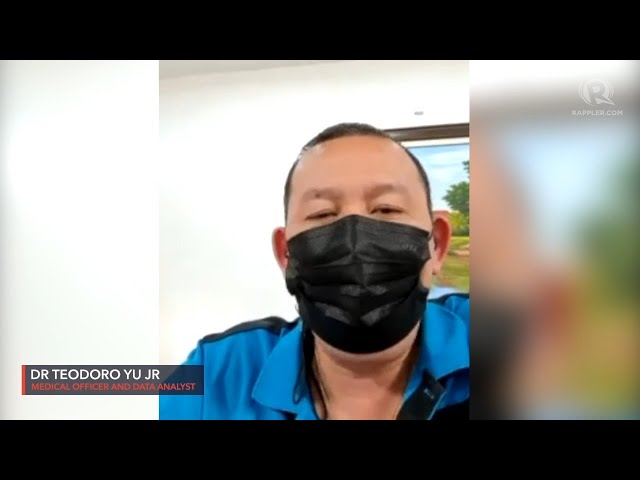 “This is already very alarming,” Mayor Oscar Moreno said as he directed local agencies to be strict in implementing health protocols.

In a citywide simultaneous operation, police and barangay officials removed rings in community basketball courts to prevent contact sports among the residents.

Mandia said police checkpoints were again set up in the city to ensure compliance to a 70% passenger capacity rule for public utility vehicles such as jeepneys.

The IATF has also placed neighboring Iligan City and three other provinces in Northern Mindanao under Alert Level 3.

IATF spokesperson Karlo Alexei Nograles said Iligan City and the provinces of Bukidnon, Misamis Oriental, and Misamis Occidental will be under Alert Level 3 from January 16 to January 31.

Dr. David Mendoza, local health support division chief of the DOH in Northern Mindanao, said the two-week growth rate in COVID-19 in these areas jumped to 1,500%, making the region “a high-risk area.”

“This is a sudden, very steep growth rate. This is the first [in the region] since August,” Mendoza said.

Mendoza said Cagayan de Oro, Ozamiz, and Malaybalay cities and the towns of Opol in Misamis Oriental, Manolo Fortich and Baungon in Bukidnon, were also identified as areas with high cases of COVID-19 infections.

The DOH logged a total of 281 new confirmed cases in Northern Mindanao on Friday alone. – Rappler.com