Vice President Leni Robredo returns to “battleground” areas in Luzon, Visayas, and Mindanao to consolidate votes in the grueling final week of the campaign period.

Robredo is expected to visit several towns and cities in at least 15 provinces, where she has secured the endorsement of local kingpins and other allies. She won in most of these localities during the 2016 vice-presidential contest, where she defeated her rival, the late dictator’s Ferdinand “Bongbong” Marcos Jr., by a thin margin.

Will Robredo manage to stage another come-from-behind victory in 2022 and thwart the return of the Marcoses to Malacañang?

Bookmark and refresh this page to get updates on Robredo’s final push in the 2022 presidential campaign trail. – Rappler.com

70,000 supporters gathered for Robredo’s grand rally in Agusan del Sur as of 7:20 pm 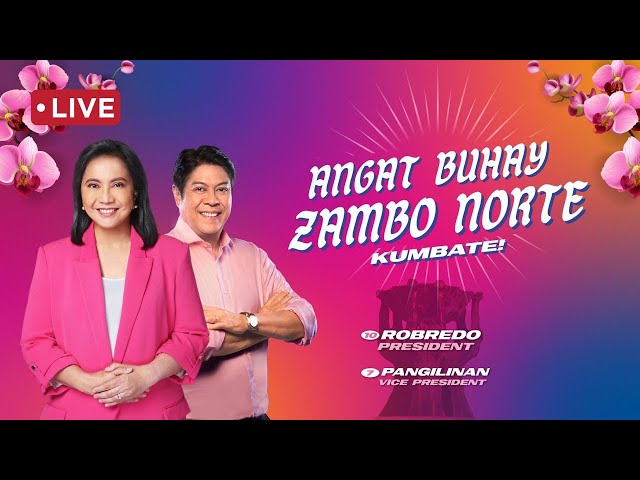 (You can expect us and our citizens in Pantao Ragat, with our entire group in the province of Lanao del Norte, God willing, our support is with you.)

Robredo said that Lanao del Norte was close to her heart as her office’s signature Angat Buhay program put up several projects to help the locals, such as coconut farmers and their livelihood.

(We promise, if I become president and Senator Kiko becomes vice president, and if you help our senatorial lineup, we will make sure to attend to your needs here in Lanao del Norte.)

Robredo supporters greet her on her way to Bacolod-Silay Airport

Supporters of presidential candidate Leni Robredo waited for her along the road to the Bacolod-Silay Aiport on Wednesday morning, May 4.