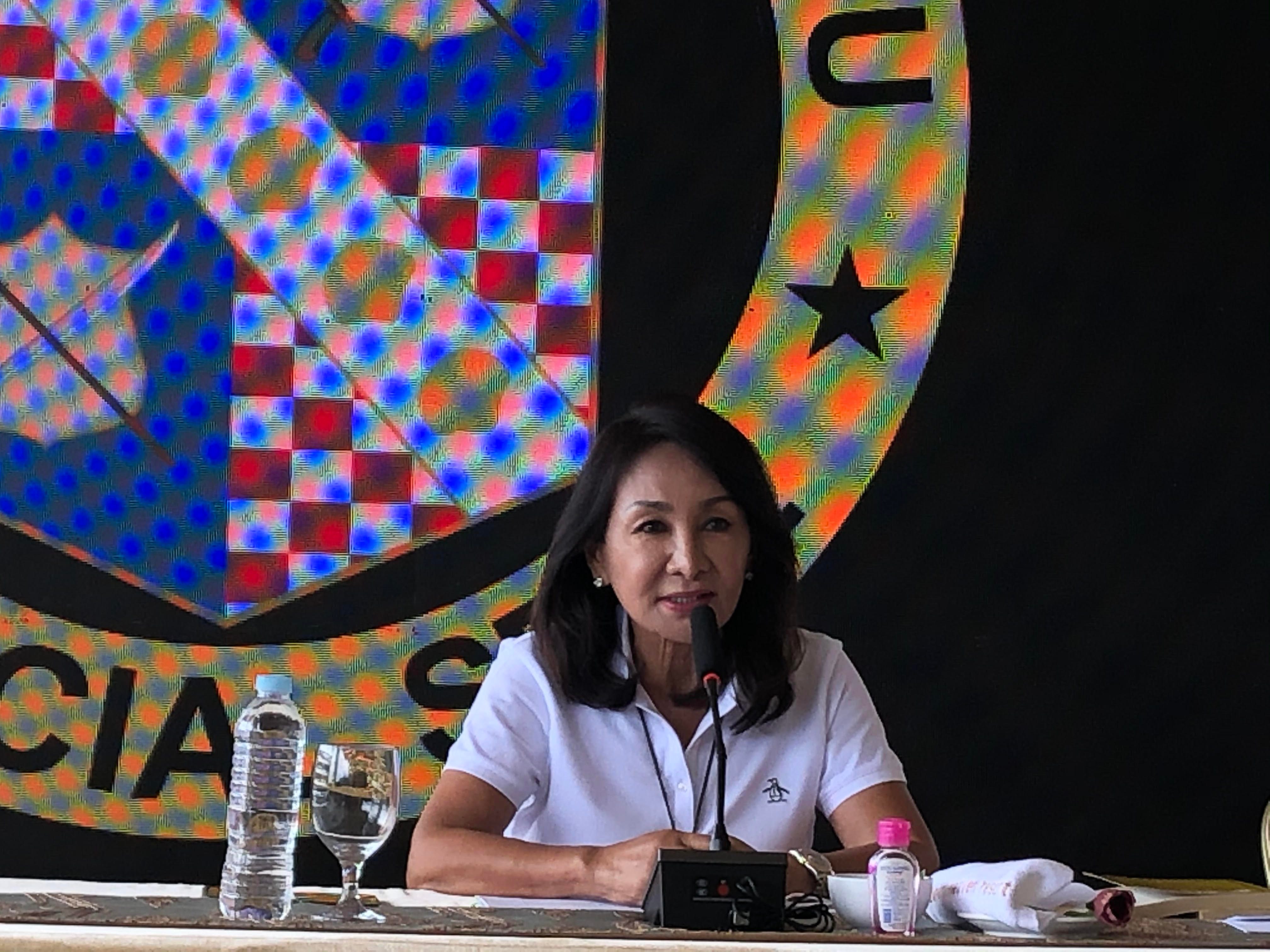 CEBU CHIEF. Governor Gwendolyn Garcia answers questions at a press conference on May 3, 2021

Facebook Twitter Copy URL
Copied
The new rule, which is not endorsed by the health department, takes effect on August 16

The Cebu provincial government has required all public utility vehicle (PUV) drivers and conductors to have their own personal air purifiers starting August 16.

Cebu Governor Gwendolyn Garcia made this known in a memorandum signed on Friday, August 13. This came a day after her meeting with provincial bus and taxi operators.

Under the new rule, public transportation drivers and conductors must wear the personal air purifiers – also called wearable air purifiers – “at all times during their trip.”

“Our established health protocols turn to science and technology – to air purifiers, that in fact, create a safer atmosphere in that, negative ions that catch virus, pollens, microbes, bacteria, and neutralize it – can be achieved through air purifiers with HEPA filters and personal air purifiers,” Garcia said in a livestreamed press conference.

The governor encouraged PUV drivers and conductors to purchase their personal air purifiers through a supplier in Cebu which she recommended since it was affordable.

“You can do your research. This adds protection. I tell you,” she said.

The Department of Health has not endorsed the use of personal air purifiers ever since the devices were peddled as a potential tool against catching the coronavirus.

“While these do not pose any harm, the DOH does not currently recommend using these devices due to a lack of evidence of efficacy,” the DOH said in a statement in October 2020, a position which remains unchanged.

(It would be good if it was free but for sure that would have to be bought by our drivers and conductors, which is extra difficult. Especially now, earning is difficult for our fellow drivers)

On average, PUV and jeepney drivers in the Philippines earn an estimated P300 daily, which is much less than what they used to earn prior to the pandemic.

Netizens also took to social media calling the policy “anti-poor,” and an “upgrade” of the tuob or steam inhalation policy which Garcia enforced in the provincial hall and also got flak online in 2020.

Despite this, Garcia hoped that Cebu City would also soon adapt this policy as a majority of the working population there relied on public transportation. – Rappler.com