The Commission on Human Rights on Wednesday, March 10, said there are indications of excessive use of force on the part of the Philippine National Police (PNP) in the conduct of anti-illegal drug operations.

“The records of some victims which contained information on their injuries, reflects the brutality of the anti-drug campaign and indicates possible abuse of strength and intent to kill by the perpetrators,” Commissioner Gwen Gana said in a statement.

She added that the drug-related killings they are investigating are also marked by “brazen and brutal deaths.”

This is the latest statement of the commission in relation to the drug war panel’s findings that the police failed to follow standard protocol in the conduct of operations.

“These were similar findings that CHR has been relaying and urging the government to act on since the early days of the government’s anti-drug campaign,” Gana said.

Official data showed that at least 6,039 suspected drug personalities were killed during police operations as of January 31. Human rights groups estimate a higher death toll of 27,000 to 30,000, including victims of vigilante-style killings. 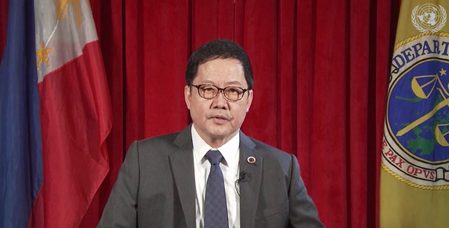 In incidents during legitimate operations, police claim that the alleged drug personalities fought back or nanlaban.

According to CHR, investigation reports it obtained showed that police continued to assert the legitimacy of operations.

The police also allegedly recommended that officers who killed drug suspects be absolved from liability, while some were even “awarded, rewarded, or recognized.”

“It must be stressed that, even in the past, CHR clarified that invoking self-defense or ‘nanlaban’ as a justifying circumstance should be determined by a competent court and cannot be merely asserted without trial of facts,” Gana said.

Duterte’s drug war, the centerpiece campaign of the administration, has been the subject of increased scrutiny. The International Criminal Court is expected to decide whether or not to open a formal investigation into the Philippine killings by the first half of 2021.

In December 2020, ICC Prosecutor Fatou Bensouda said there is “reasonable basis” to believe that crimes against humanity were committed in the drug-related killings.

The campaign’s constitutionality is also being questioned before the Supreme Court. A Rappelr investigation found that the case has been stalled by the Duterte government’s submission of “rubbish” files.

Finding that justice remains elusive for victims, CHR is pushing for a wider and more genuine investigation into drug war operations.

“We continue to urge the government to take the path of seeking truth and better transparency for the cases being questioned, as well as fostering greater cooperation across government institutions with CHR in pursuit of justice and accountability,” Gana said.