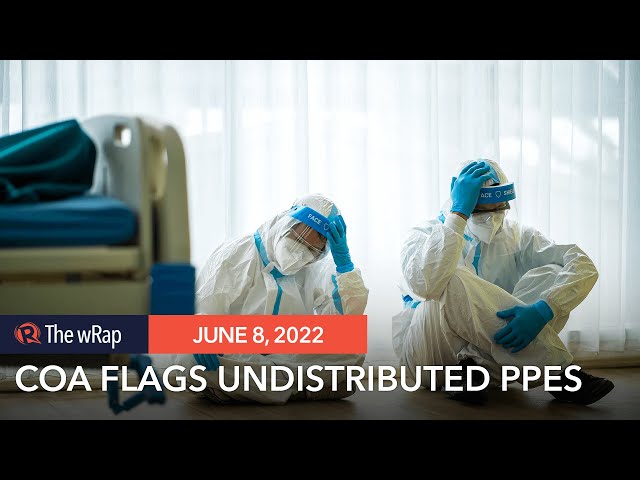 MANILA, Philippines – At the onset of the COVID-19 pandemic, when the new virus was at its deadliest, the Board of Investments (BOI) failed to distribute donated protective gear that could have saved the lives of medical frontliners, state auditors found.

In its examination of BOI records, the Commission on Audit (COA) discovered that the following donations from Panhua Group of China in May 2020 remained in their original unopened boxes, as of end-2021:

“Had management done its duty as recipient of such donations and taken the initiative to distribute or at least turn over to the DOH (Department of Health) the protective materials, surge of COVID-19 disease could have been contained to a minimum, and could have saved the lives of some doctors, nurses, frontliners, and the public,” the COA report said.

As of January 10, 2022 – less than two weeks after COA’s audit period for the BOI – the Department of Health had recorded 29,609 health care workers who had tested positive for COVID-19, 117 of whom died.

In response to the audit findings, the BOI management acknowledged their fault, saying they initially thought the donations were in the custody of the Department of Trade and Industry. It turned out the BOI was the intended recipient.

The donations have since been turned over to the Philippine General Hospital, the COA report said.

Under Section 5 of Republic Act No. 11518 – the budget law for 2021 – agencies receiving donations were required to publish such donations on their websites.

There was also COA Circular No. 2020-009, which relaxed accounting rules so essential goods and equipment during calamities would be distributed faster.

“The Management’s inaction to properly account and distribute the donations received, and allowing it be stockpiled and expire/deteriorate, is a wanton disregard of the rules governing donations or a violation of Section 5 of the GAA (General Appropriations Act),” the COA report said.

State auditors pointed out that the donations came at a time when medical frontliners were getting infected by and dying from the virus “due to lack of protective gears and PPEs to protect themselves.” – Rappler.com