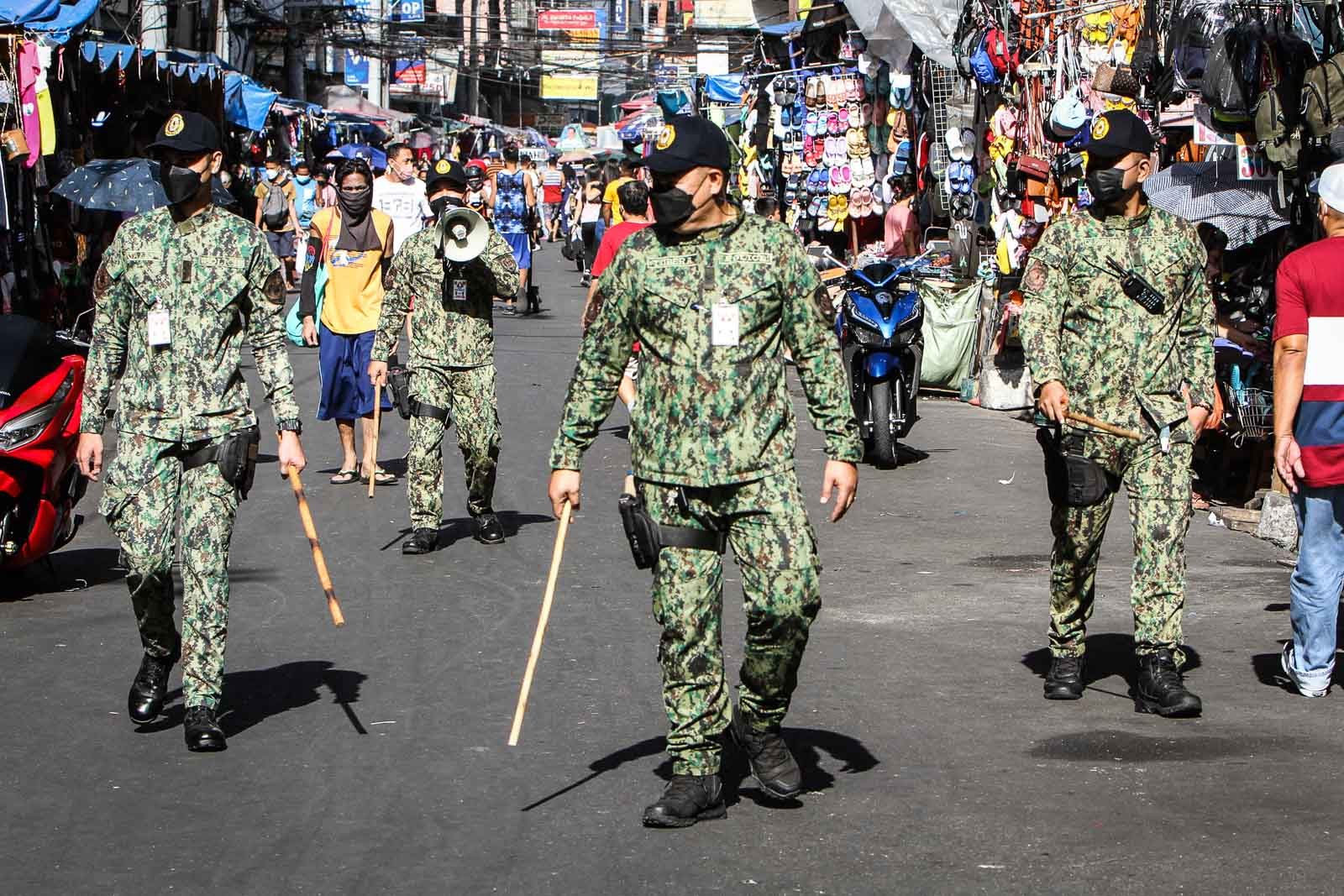 Officers of the Manila Police District patrol the streets of Ylaya in Divisoria, Manila on January 5, 2022, to remind shoppers that children and seniors are not allowed outside of residence during Alert Level 3. Rappler 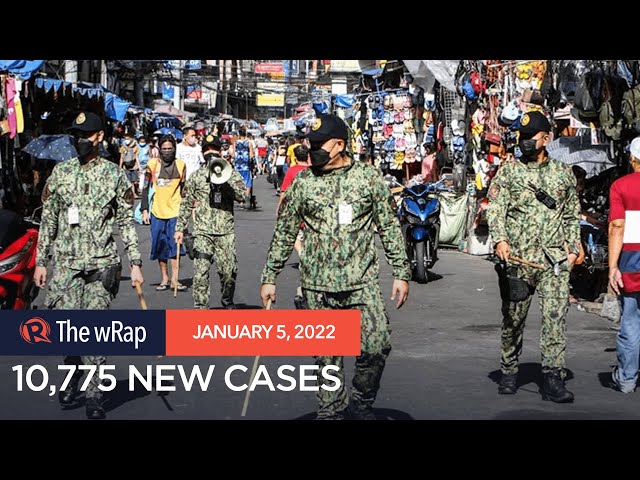 MANILA, Philippines – COVID-19 infections in the country are rising at an unprecedented rate as the Department of Health (DOH) on Wednesday, January 5, reported 10,775 new cases, nearly double yesterday’s tally.

Wednesday’s cases bring the total caseload in the country to 2,871,745.

The DOH reported a positivity rate of 31.7% out of 44,643 tests conducted. These positive cases were added to the tally of confirmed cases only after further validation. This process helps ensure cases would not be recorded in duplicate, and that all test results had been submitted, explained the department.

A positivity rate of 31.7%, which is way above than the World Health Organization’s (WHO) 5% benchmark, means that one in three people tested turned out positive for COVID-19. Wednesday’s positivity rate is also the highest since September 7, 2021, when 29.52% was recorded and when the Philippines was experiencing surge in infections driven by the Delta variant.

Just like in other countries, infections in the Philippines are increasing rapidly. Data from DOH monitored by Rappler showed that cases almost double each day, beginning December 29, except for the first few days of January, when laboratories had limited operations due to the holiday season.

The spike in cases comes as the Philippines recorded a total of 14 cases of the Omicron variant, with three of these as local cases. Experts have said that Omicron is the most transmissible coronavirus variant, so far.

Infectious disease specialist Dr. Rontgene Solante in an earlier interview said that one Omicron case can infect up to 16 people. Delta can only infect up to 8.

Rappler Talk: How bad is the COVID-19 Omicron variant? 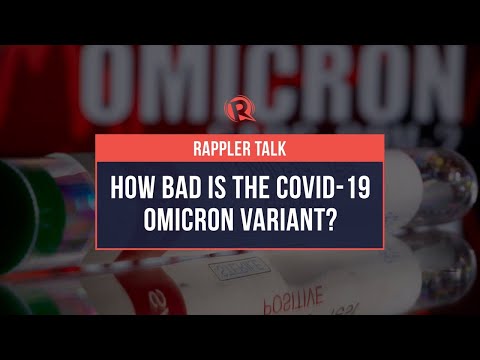 On Wednesday morning, Health Undersecretary Maria Rosario Vergeire said that cases in the Philippines could peak by the end of January, and might surpass Delta’s peak of 26,303 on September 11.

On Tuesday, January 4, the WHO said that more evidence has emerged that the Omicron variant is affecting the upper respiratory tract, causing milder symptoms than previous variants. A number of hospitals in the Philippines reported spike in admissions in the past days. Most of the patients have mild symptoms, which local health officials also attributed to wider vaccine coverage.

Though over 90% of the eligible population in Metro Manila have been fully vaccinated, the government failed its target of inoculating 70% of its nationwide population of 110 million in 2021.

The DOH urged the public to continue following minimum public health standards and to get vaccinated or get their booster shots. – Rappler.com