How many people have tested positive for COVID-19 in the Philippines? How many have recovered, and how many have died? What is President Rodrigo Duterte doing about it?

What are the latest updates from the World Health Organization regarding the vaccines? How is the Department of Health addressing the variants? What should the public expect in terms of the economy, quarantine classifications, and the vaccine rollout?

Data from the Department of Health showed that the top 10 sites during the nationwide rollout of vaccinations for 12- to 17-year-olds with comorbidities were able to inoculate nearly 2,000 from that group.

The nationwide rollout of A3 pediatric vaccinations, launched on Friday, October 29, comes after a two-week pilot run in Metro Manila.

A site in Bacolod City vaccinated 266 12- to 17-year-olds with comorbidities, making for the most number of minors inoculated in a single area. These sites followed: 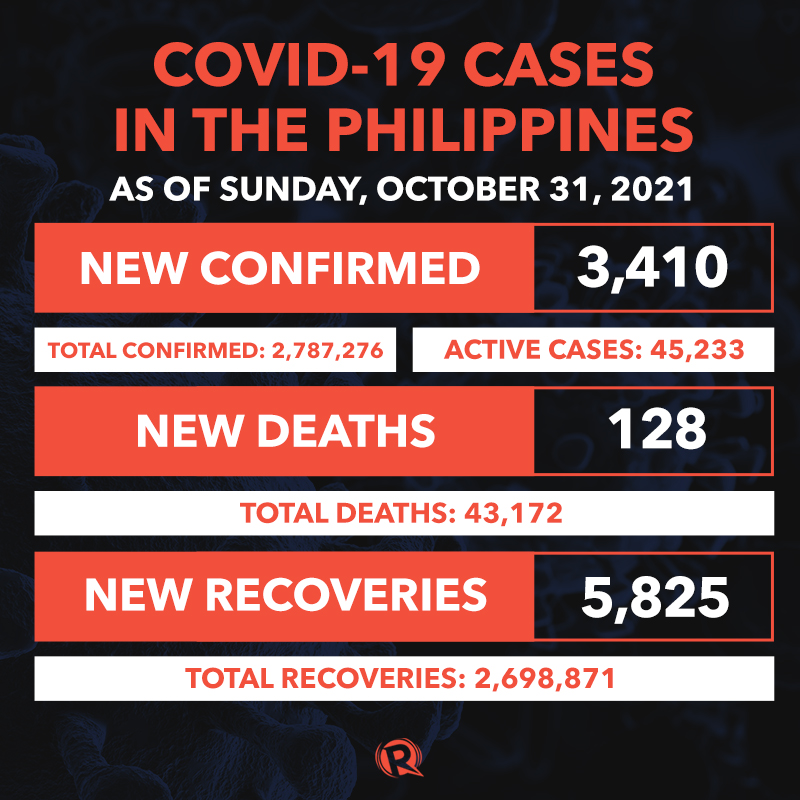 He also cited estimates from the National Economic and Development Authority showing that the Philippine economy would gain P3.6 billion and add 16,000 jobs per week under Alert Level 2.

Alert Level 3 had been extended until November 14.

The Philippines received additional 1,065,600 doses of AstraZeneca vaccine from Japan on Saturday, October 30. This brings Japan’s contribution to the country’s vaccine stockpile to over 3 million doses.

The additional doses came two days after the delivery of the 896,000 doses on Thursday, October 28. Prior to this, Japan had provided 1.12 million doses to the Philippines in July.

“Both vaccine provisions are on top of Japan’s contribution to the COVAX facility and serve as integral component of the comprehensive partnership between Japan and the Philippines in this time of the pandemic,” the Japanese government said in a statement on Saturday.

The vaccines were received by Foreign Undersecretary Brigido Dulay and Embassy of Japan in the Philippines Economic Minister Masahiro Nakata on Saturday. 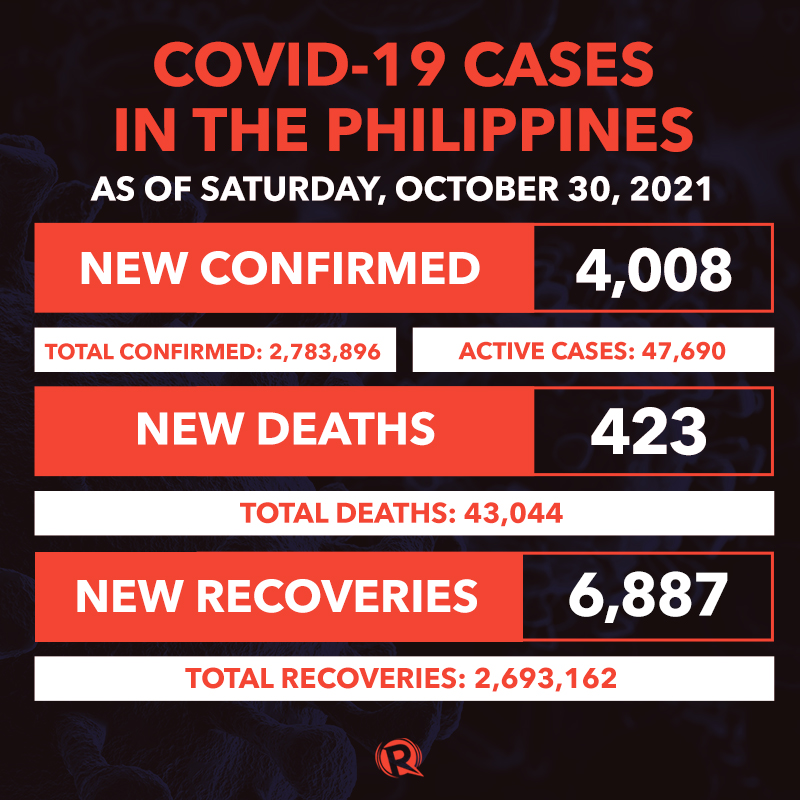 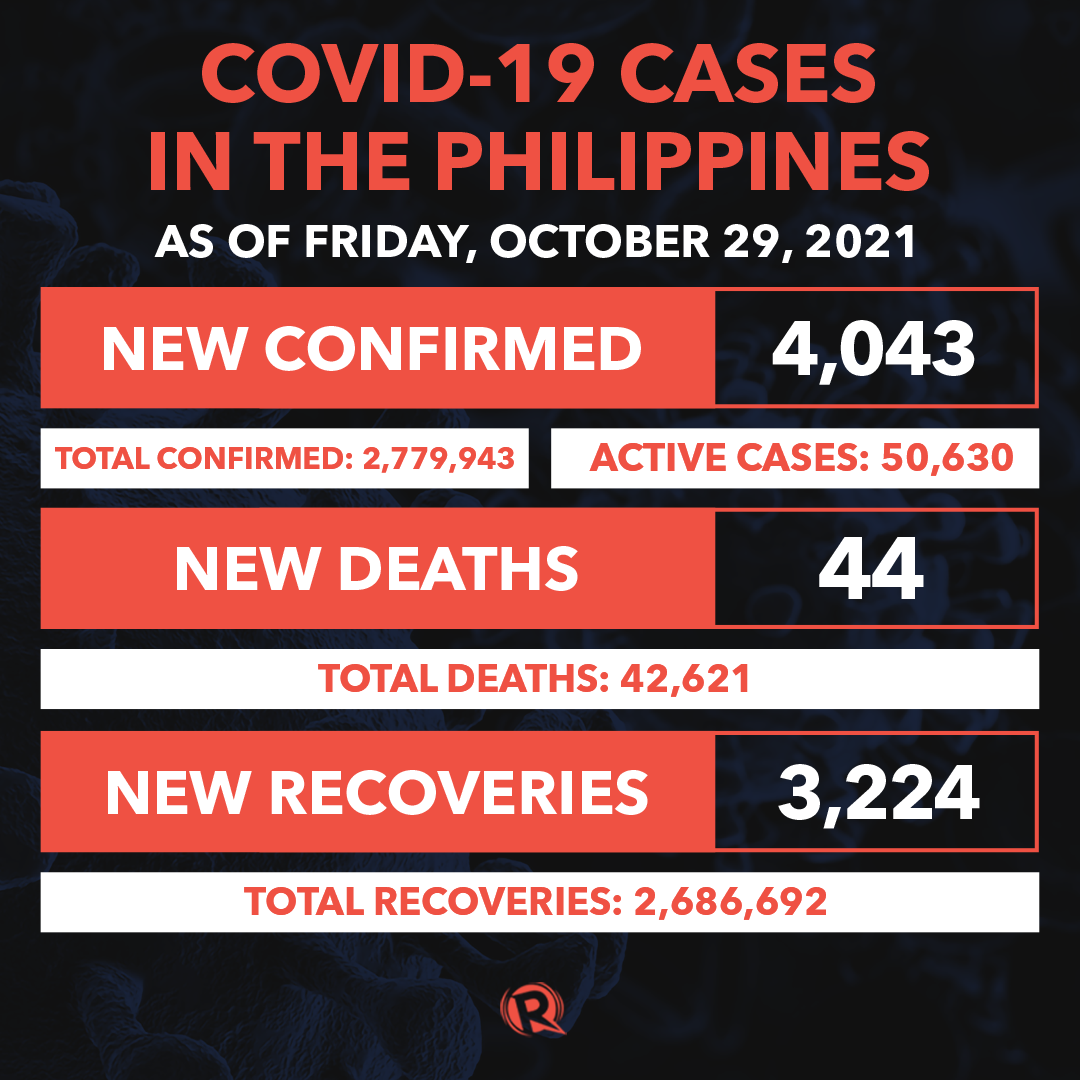 The Department of Health (DOH) on Friday, October 29, reported an additional 3,439 backlogs of COVID-19 cases, bringing the total caseload in the country to 2,775,930.

The DOH explained that the cases were from September 29 to October 18 but were only recorded to its reporting system COVIDKaya on October 27 due to technical issues.