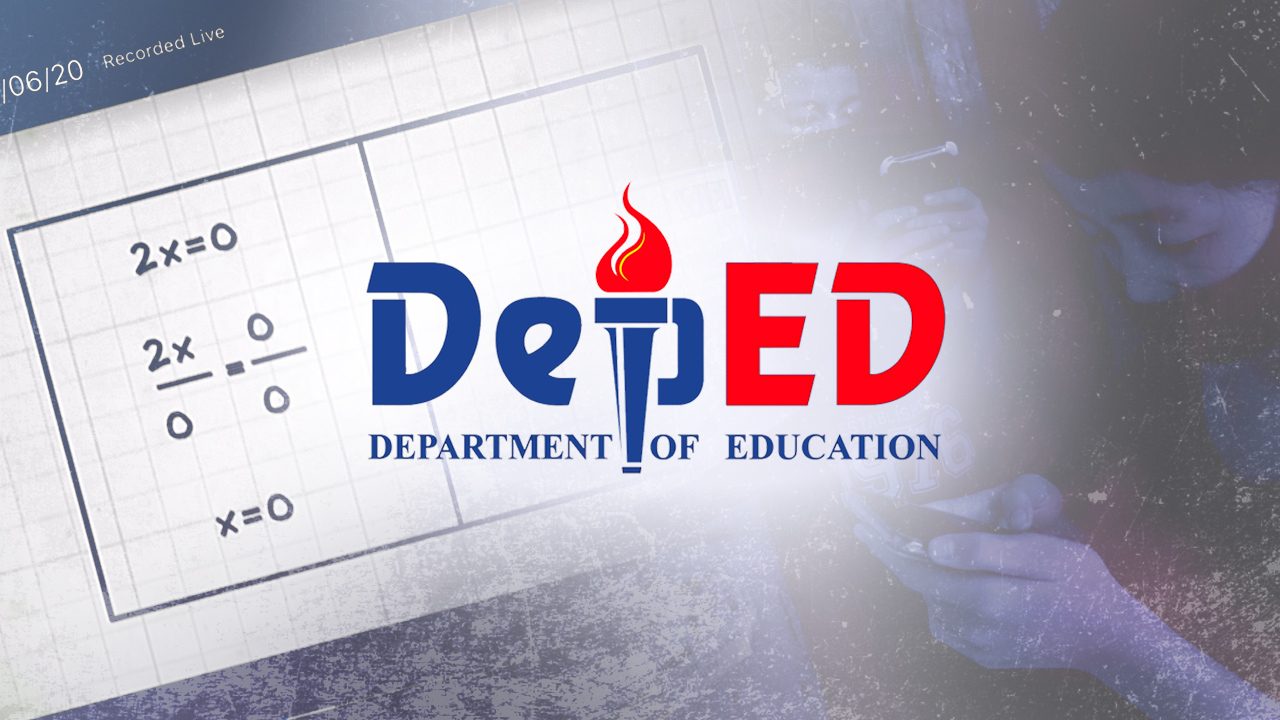 Facebook Twitter Copy URL
Copied
(UPDATED) Education Undersecretary Alain Pascua apologizes for the mistake, and urges the public not to single out their errors

The Department of Education (DepEd) is in hot water again.

A day after schools opened, netizens were quick to point out that a mathematical equation with an incorrect solution was aired on DepEd TV on Tuesday, October 6.

Manansala told Rappler on Wednesday, October 7, that she was checking DepEd TV episodes, which were also being streamed on the IBC-13 Facebook page, out of curiosity when she spotted the error.

“Sumilip lang talaga ako at nag-browse sa naunang na-stream. Sumakto lang dun ‘yung pag-move ko ng video bar,” she added. (I just took a peek and browsed their stream. It just happened that I was able to catch that part.)

In math, dividing any number by 0 is not possible because its result would be undefined.

“The reason that the result of a division by zero is undefined is the fact that any attempt at a definition leads to a contradiction,” an online lesson from the University of Utah explained.

The correct way of solving the problem is to divide both sides of the equation by 2. Then x is 0.

In a statement, Education Undersecretary Alain Pascua apologized for the mistake.

(We will tighten our QA process so we can have perfect episodes for DepEd TV.)

Pascua also urged the public not to single out their mistakes.

This was not the first time that netizens spotted an error on DepEd TV episodes. In August, netizens were also quick to point out “glaring” and “painful” grammar errors in a sample questionnaire for a Grade 8 level English course.

On Monday, over 24 million students in the country started classes again in the middle of a pandemic. Despite issues experienced by students, teachers, and parents, Education Secretary Leonor Briones said that the school opening was a success. (WATCH: Empty classrooms as Philippines starts classes during pandemic)