TESTED. Students and school officials undergo antigen swab test and standard health protocols were enforced during the start of the pilot face-to-face classes in Payatas B Annex Elementary School in Quezon City on December 6.

The Department of Education (DepEd) expressed optimism that all schools in the country would eventually transition to limited face-to-face classes in school year 2022-2023, an official said on Friday, December 17.

“We are very optimistic that we can already transition to the new normal phase starting 2022-2023,” Education Assistant Secretary Malcolm Garma said during the Senate basic education panel’s hearing on the implementation of limited face-to-face classes.

The DepEd earlier scheduled the end of the pilot run on January 31, 2022.

“When we conclude the pilot implementation by today, we will be consolidating the data that we gathered for the four weeks,” Garma said. 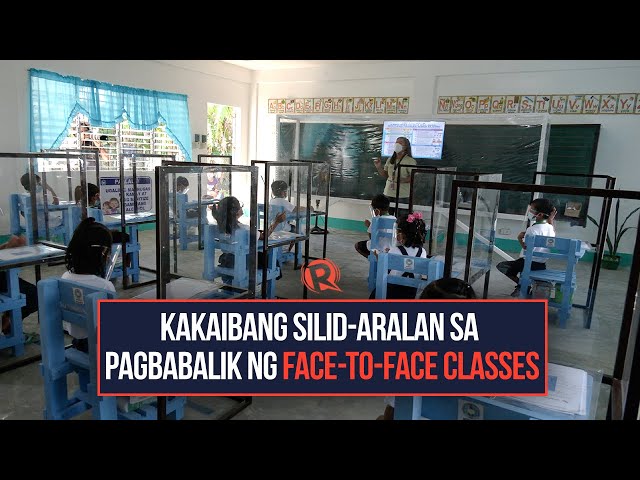 The education official said that the pilot run of face-to-face classes would determine the best practices to be adopted in the new normal of classroom learning in the country. The DepEd prioritized kindergarten and grades 1 to 3 because students in these levels are in their formative years and they need more guidance from their teachers. Senior high school students were also chosen because some of their subjects require “hands-on” training.

Garma said that for the expansion phase, which is scheduled in January 2022, more grade levels and schools could already start limited face-to-face classes.

In a Rappler Talk interview on October 21, Garma had said that the “new normal” in education would not be a “purely classroom setup.” On Thursday, December 16, Health Undersecretary Maria Rosario Vergeire said that there were no talks yet to postpone the expansion of face-to-face classes after the detection of the COVID-19 Omicron variant cases in the country. She added that health department was coordinating with the DepEd and Commission on Higher Education to ensure that there would not be COVID-19 outbreaks in schools.

As of Friday, Garma said that no cases had been recorded so far during the first four weeks of limited in-person classes. – Rappler.com