Painting a thousand words: Visual artists illustrate why now is not the time to be silent 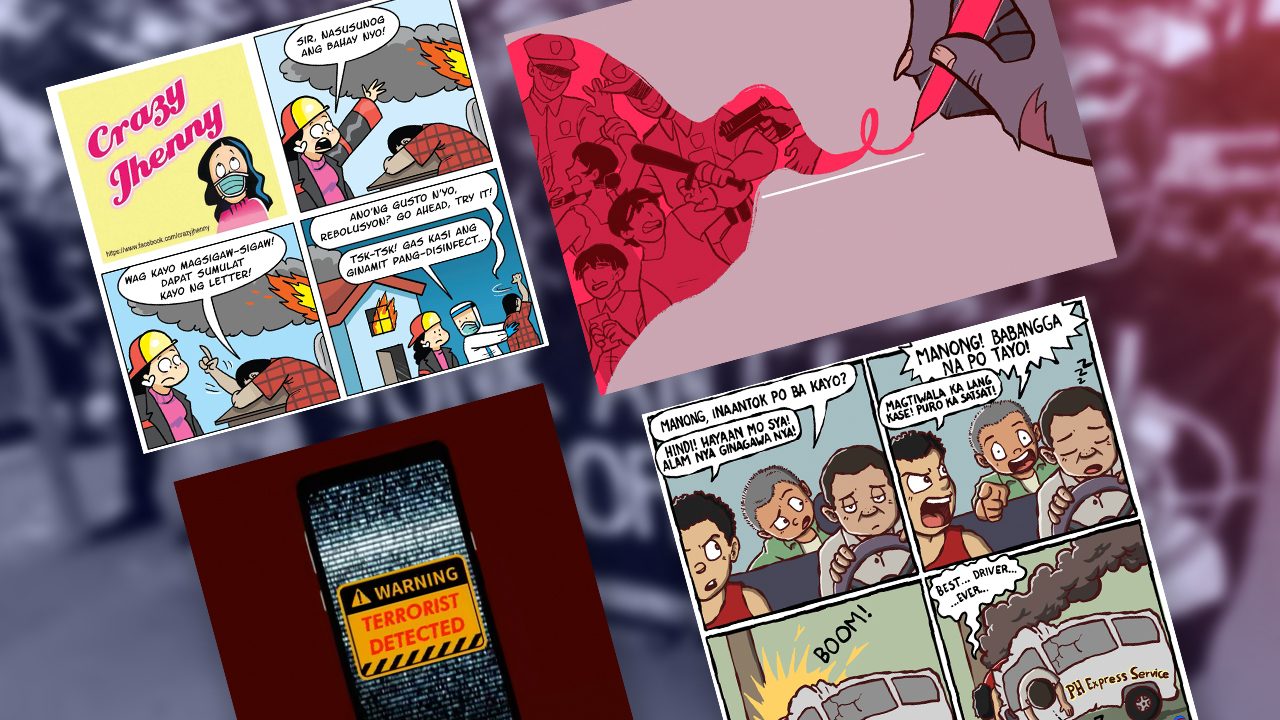 With the passing of the anti-terror law, netizens fear that protests and dissent could easily be tagged as “terrorist” acts. Under this law, suspected terrorists may be arrested without warrants and detained for as long as 24 days.

Concerns over possible abuse of the law further grew as new Armed Forces of the Philippines chief Lieutenant General Gilbert Gapay suggested to include social media surveillance to track down “terrorist organizations” in the law’s implementing rules and regulations.

Even acts of airing legitimate grievances – as when the medical community urged President Rodrigo Duterte to put in place corrective measures to win the government’s “losing battle” against COVID-19 – had been ridiculed by the President himself and his allies.

Amid such threats, some brave netizens continued to highlight the importance of dissent, tapping their creativity to succinctly drive home their point.

Netizens were quick to lambast the usual drawbacks on government criticisms through humorous works of art.

You wish to know where my true loyalties lie?

Not the time to be silent

Many netizens emphasized the importance of protecting freedom of expression. They also rallied against those who remained silent and neutral against abuses.

Toxic positivity at its finest.

Netizens continue to actively voice out concerns against government abuses. Hashtags such as “#ArtistsFightBack”, “#ResistAsOne”, and “#augOUST” aim to amplify collective action and encourage others to speak up as well.

Speak the truth even if your voice shakes.