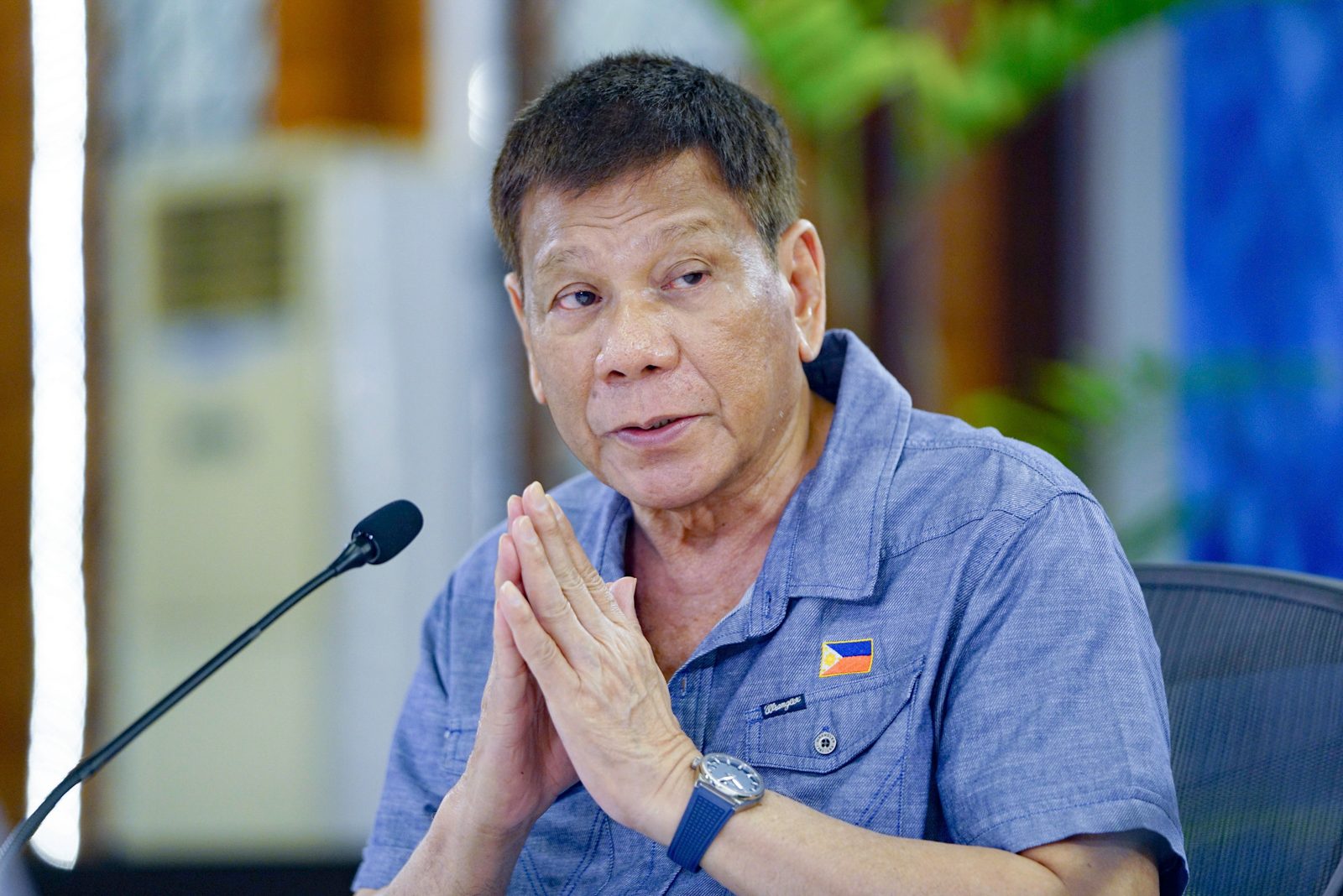 LAST BUDGET. The 2022 national budget will be the last budget spent by the Duterte administration. Malacau00f1ang

MANILA, Philippines – President Rodrigo Duterte approved the government’s budget for 2022 in a ceremony with lawmakers on Thursday, December 30, ensuring a new source of funds for managing the coronavirus pandemic and helping areas devastated by Typhoon Odette (international name Rai). 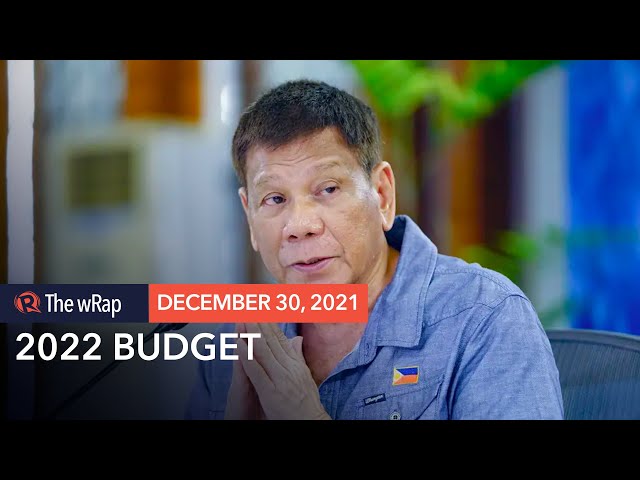 Duterte signed the 2022 General Appropriations Bill, or the version of the proposed budget approved by Congress, into law in Malacañang’s Ceremonial Hall. It gives the government a total budget of P5.024 trillion, 11% higher than the budget last year. It is also the last government budget to be used by the Duterte administration.

The budget approval ensures additional funding for response to Odette’s onslaught and rehabilitation of affected areas. Duterte, who had claimed 2021 funds for Odette were “immensely depleted,” had been told that the 2022 budget could fill in the budget gaps.

Like in all national budgets, the Department of Education gets the biggest agency budget but lawmakers, in remarks about the final general appropriations bill, highlighted how the budget will contribute to pandemic response.

The Department of Health was given P188.3 billion. While this is slightly higher than the P182.67 billion the House of Representatives was willing to allot to the lead pandemic response agency, it is much lower than the P230 billion that the Senate wanted the health department to get.

The final DOH budget includes P5 billion worth of allocations for retirement and life insurance premiums (on top of appropriations for the Philippine Health Insurance Corporation and government-run hospitals), funds for COVID-19 benefits and compensation of health workers, emergency hiring of medical frontliners, purchase of lab equipment, operation of national reference laboratories, and hiring and training of contact tracers.

A total of P50 billion was allocated to buy more booster shots, while P22.99 billion is going to the construction and upgrading of healthcare facilities and procurement of hospital equipment. A total of P21.36 was set aside for helping indigent patients, and some P3 billion is reserved for medical scholarships in state universities and colleges to boost the health sector.

With face-to-face classes expected to expand next year, a special provision was put in the budget to allow schools and universities to use their funds under Maintenance and Other Operating Expenses to retrofit classrooms for better ventilation, buy COVID-19 test kits for faculty and staff, and other ways to improve COVID-19 safety.

“The passage of General Appropriations Act 2022 reflects the healthy collaboration of all branches of government which is crucial to the attainment of our national development goals, especially during these trying times,” Duterte said in his speech on Thursday.

“The 2022 budget reaffirms the government’s strong commitment to provide a more comfortable and productive life for each Filipino,” he added.

To provide support for the most vulnerable sectors of society who took a hit from the pandemic’s impact on the economy, P5 billion has been allocated for the government’s social amelioration program while P25.02 billion is going to social pension for indigent senior citizens.

The program called Assistance to Individuals in Crisis Situations (under the social welfare department) gets P39.87 billion. The conditional cash transfer program for poor households, called the Pantawid Pamilyang Pilipino Program, was given P107.67 billion.

In his speech during Thursday’s signing ceremony, Duterte said that he was worried about the COVID-19 Omicron variant that was causing new waves of infections around the world.

“This is not a fatal mutant, I think. But I am worried about the resources of the government. We have a new budget. Though that would really help in our desire to rebuild….. I hope this does not happen, but if we are hit with the easy transmission of the character of this mutant, we will have the same problem again,” the President said in a mix of English and Filipino.

Duterte said his fears come alongside his departure from office in a few months, or on June 30, 2022. While the government expects the pandemic to stay for a while longer, he was worried how new waves of COVID-19 transmission may “intrude” in the way the 2022 budget was planned.

“Mawawalan ng (We might lose) elbow room in our budget to respond to the new challenge of a new variant of COVID-19,” he said.

The military and police both get bigger budgets than the health department. The Armed Forces of the Philippines was given P213.78 billion while the Philippine National Police was given P190.69 billion.

Despite threats of some lawmakers to defund the National Task Force to End Local Communist Armed Conflict (NTF-ELCAC), the controversial body still gets P17 billion. This is lower than the P24 billion asked for by the executive branch. – With a report from Michelle Abad/Rappler.com