After railing against the Commission on Audit (COA) for its reports, President Rodrigo Duterte directed his ire at lawmakers scrutinizing pandemic funds spending.

In his meeting with pandemic task force officials on Thursday, August 27, Duterte told Filipinos not to believe in “investigations” and claimed lawmakers were just holding their recent hearings for publicity.

(Don’t believe in investigations. You can see nothing happens. They just keeop saying, “we will investigate.”) 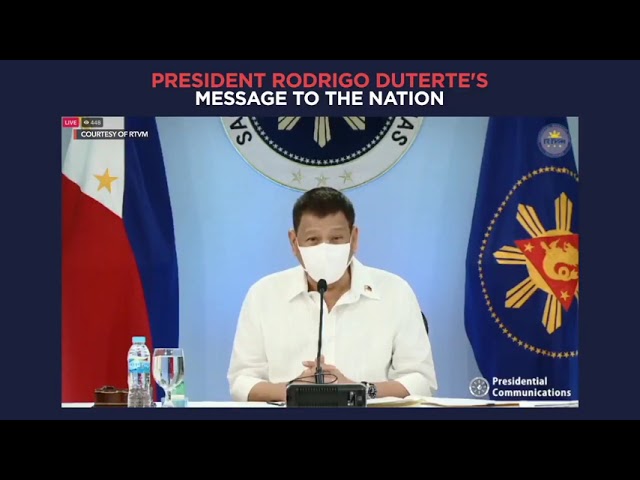 (If you listen to some senators there, they have so much to say. After an investigation, one or two or three days, then your hearing, no more. No recommendation, no lawsuits, no one goes to jail, it’s just all posturing.)

Ironically, Duterte has been accused of the same thing by critics. Duterte, who has branded himself as a corruption fighter, has been panned for merely firing his appointees yet not initiating investigations into wrongdoings that led him to sack them in the first place.

In many instances, Duterte even re-appointed persons back into government positions despite the controversies they were embroiled in.

In his Thursday remarks, the President told viewers to keep watching his “Talk to the People” public addresses so they would know the “truth.”

Both the Senate and House of Representatives have held committee hearings about COA reports on how government spent funds meant for pandemic response. 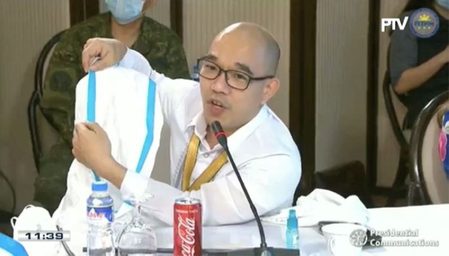 The hearings led to many news reports about lawmakers raising alarm over how funds were handled. For example, Senator Panfilo Lacson flagged the overstocking of billions worth of medicines that are now idle or expired, suggesting to him the existence of a “mafia” in the health department. Lacson is running for president in the 2022 elections.

It was during the Senate committee hearing when senators scrutinized the government’s purchase of face shields.

Senator Grace Poe had also said during the upper chamber’s hearing that Health Secretary Francisco Duque III should have already been suspended over the anomalies. – Rappler.com