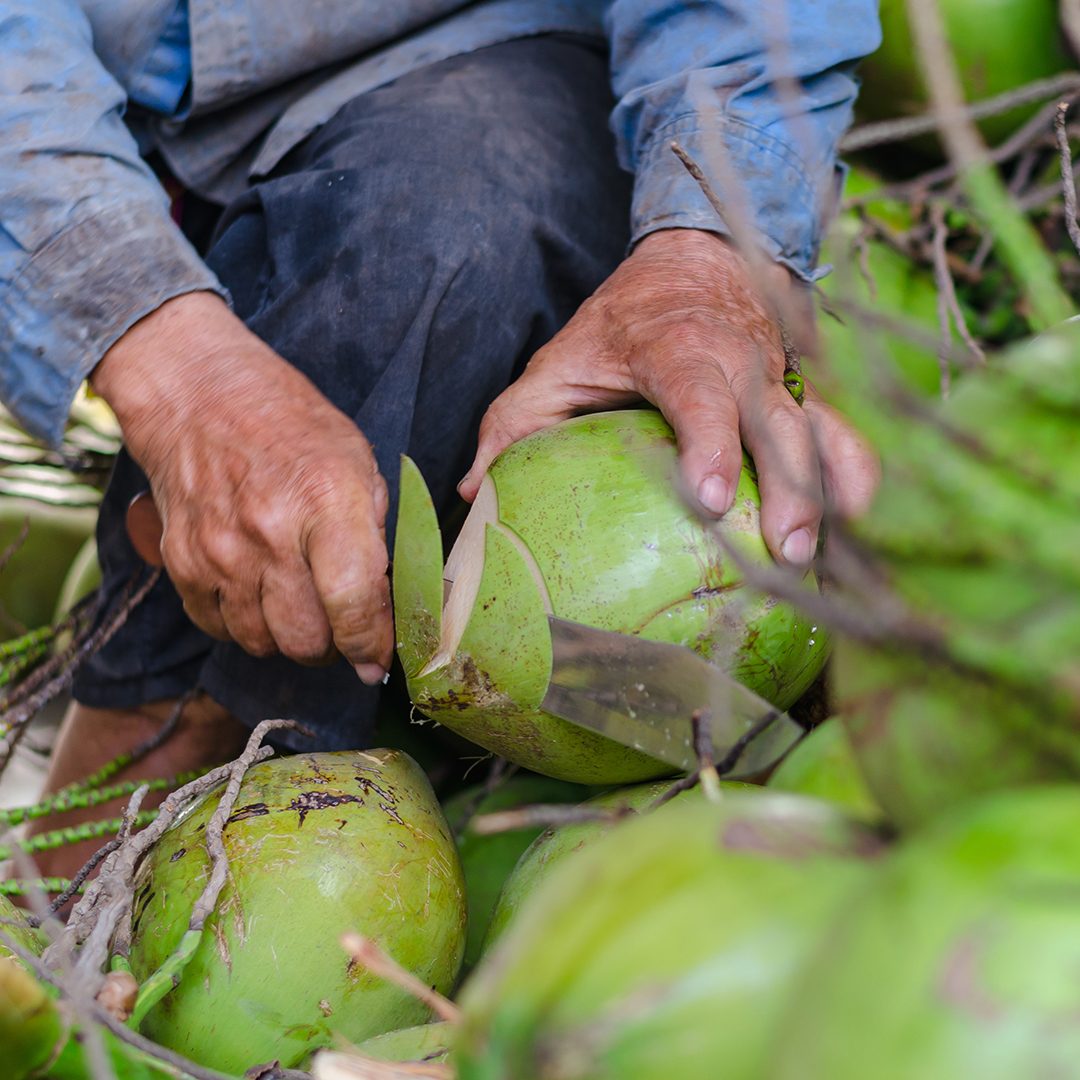 HOPE FOR FARMERS. Will coconut farmers, among the poorest Filipinos, finally benefit from the coco levy funds?

Facebook Twitter Copy URL
Copied
After vetoing versions of the bill in 2019, President Rodrigo Duterte puts in place a trust fund meant to improve the lives of coconut farmers and modernize the coconut industry

Philippine President Rodrigo Duterte signed into law a bill that creates a trust fund meant to benefit coconut farmers and their families, and reconstitutes the Philippine Coconut Authority (PCA) to better implement programs to improve the coconut sector.

The new Republic Act No. 11524 or the Coconut Farmers and Industry Trust Fund Act, was signed by Duterte on Friday, February 26. (Scroll to the bottom of the page to see a copy of the law.)

His signature comes two years after he had vetoed two bills intending to create such a fund and change the composition of the PCA board. The vetoes had dismayed farmers and lawmakers since Duterte, as a presidential candidate, had promised to “return” the coconut levy funds to farmers within the first 100 days of his presidency.

Through the new law, coconut levy funds paid by coconut farmers during the Marcos regime will now be placed in a trust fund that will shoulder the implementation of a Coconut Farmers and Industry Development Plan, and benefit farmers through scholarships and health programs.

The plan is supposed to improve the income and quality of life of coconut farmers, who are defined as owners or leaseholders of coconut land that is not more than 5 hectares, tenants who supervise coconut farms, and laborers or farmers who harvest nuts and processes copra as a major source of livelihood.

Where will the trust fund go?

Upon enactment of the law, the Bureau of the Treasury is to transfer P10 billion to the Trust Fund. In the succeeding years, it should follow this schedule of transfers:

At least P5 billion from the trust fund is to be allocated yearly for disbursement. This amount could be increased if funds permit.

The law sets forth a specific distribution of the yearly allocations from the Trust Fund:

The Plan must be submitted to the President for approval within 120 days from the effectivity of the law.

The committee sets investment priorities to grow the fund and guidelines for managing the fund.

Coconut farmer groups had asked for a trust fund management committee separate from the PCA board.

New composition of PCA board

The new law changes the composition of the PCA board, placing 3 farmer representatives there so they can participate in the crafting and implementation of the Coconut Farmers and Industry Plan.

The PCA board is now composed of the following people:

Previous versions of the bill had named more coconut farmer representatives into the board than government officials, something Duterte had contested.

The coco levy refers to the taxes imposed on coconut farmers from 1971 to 1983 by former dictator Ferdinand Marcos and his cronies. The amount collected was estimated to be P9.7 billion, which was used to invest in businesses for personal gain. (READ: The politics of the coco levy scam: From Marcos to Noynoy Aquino)

With the law Duterte has just signed, will Filipino coconut farmers at last benefit from the funds?

Below is a copy of the law: