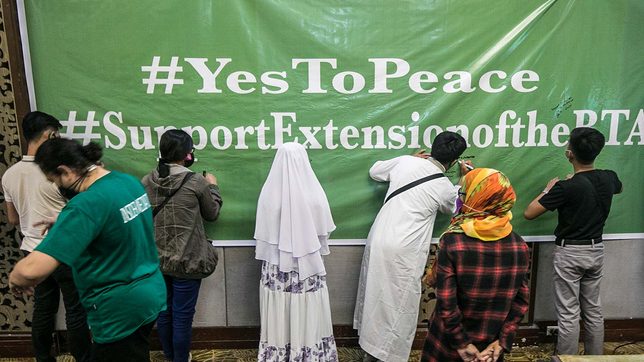 Facebook Twitter Copy URL
Copied
Republic Act No. 11593 extends the Bangsamoro Transition Authority, but gives the Philippine president the chance to name new members for the additional three years it will be in power

President Rodrigo Duterte has approved legislation that moves the election of officials of the Bangsamoro Autonomous Region in Muslim Mindanao (BARMM) from 2022 to 2025.

This means the region will be led by appointed, not elected, officials for another three years. It extends the Bangsamoro Transition Authority (BTA), but gives the new Philippine president the chance to name new members for the additional three years it will be in power.

The law is an amendment to the Bangsamoro Organic Law, which mandated that the first election for BARMM officials would be synchronized with the national elections in May 2022.

With this new law, the Bangsamoro elections would now be synchronized with the 2025 national elections.