Jul 31, 2015 6:00 PM PHT
Carmela Fonbuena
Facebook Twitter Copy URL
Copied
At stake is not only Malacañang – and all the power that comes with the office – but the membership that will likely dwindle again if Mar Roxas loses. The Volkswagen joke could become LP's reality again. Editor’s Note: This is an update of a party profile that we first published for the 2013 polls.

In a country where the political party system is a failure, politicians have the propensity to jump to the party of the incumbent president. And for good reason – the power to release government allocations lies with the executive and allies are always expected to get the bigger share of the pie. (READ: Rage against the (party) machine)

This is the reality that the Liberal Party is facing as it launched the presidential bid of survey laggard Interior Secretary Manuel “Mar” Roxas II – the grandson and namesake of LP founder, former President Manuel Roxas.

At stake is not only Malacañang – and all the power that comes with the office – but the membership that will likely dwindle again if he loses. The Volkswagen joke could become LP’s reality again.

The decision to endorse Roxas “really weighed heavily” on the President, according to his sister Ballsy Cruz. (READ: Mar Roxas: The long road to endorsement)

Aquino also held meetings with survey front runner, independent Senator Grace Poe, encouraging her supporters that she might get his endorsement. 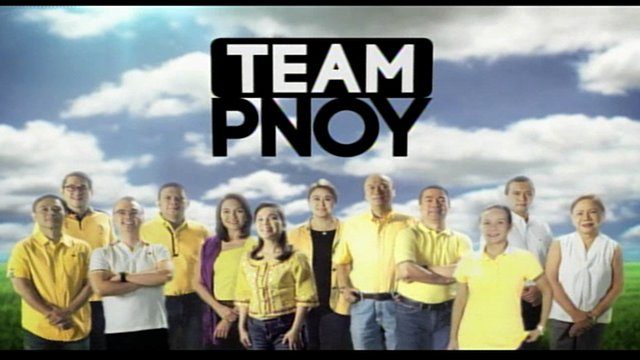 LP now has 118 members in the House of Representatives, a few members short of securing the majority in the 291-member legislative chamber.

In the Senate, LP has 4 out of 24 members. But it has also been able to rely on its allies – the independent senators and members of the Nacionalista Party (NP).

Together with its allies, LP was able to lead Congress in passing landmark legislations like the Reproductive Health and Sin Tax laws. It was able to push for bold political moves like the impeachment of Corona and former Ombudsman Merceditas Gutierrez.

It is LP’s ambitious goal to preserve this formidable alliance with NPC and NP for the 2016 polls so that the country’s 3 biggest political parties can throw their machinery behind the candidacy of Roxas.

But the truth is, it’s a very loose political alliance held together by Aquino.

It may snap the moment Poe decides to run for president. Poe’s supporters are hoping for a coalition between NPC and NP to back her candidacy.

That Aquino, the party chairman himself, even considered endorsing a presidential candidate outside the party speaks a lot about his loyalties to his own party. It’s symptomatic of how he has regarded his party mates since his campaign in 2010.

Aquino said he is not only the leader of LP but of a coalition.

His victory in the 2010 presidential polls could not be credited to his party either. The call for him to run for president was the emotional response of a nation mourning the death of his mother, the late democracy icon and former president Corazon Aquino.

He chose not to consolidate his supporters under the LP machinery. Instead, he found it necessary to put up a parallel campaign.

This is the root of the high-profile rivalry between the Balay (LP) and Samar factions – referring to Aquino’s two headquarters in 2010 – that have competed for government posts and the ears of the President.

Still, in the end, LP prevailed. Roxas clinched the endorsement of Aquino despite his inability to raise his profile given all the opportunities to be in the limelight. LP is the country’s second oldest political party founded by the old Roxas, who was originally a member of the Nacionalista Party (NP). He and other members of the NP’s so-called “Liberal Wing” bolted the party to form LP.

It has a long lineage of icons in Philippine politics. Among them are Senate President Jovito Salonga, the late Senator Benigno “Ninoy” Aquino Jr and Interior Secretary Jesse Robredo.

LP kept itself relevant through the years by coalescing with dominant parties.

In 1986, it supported Aquino’s mother, Corazon, as the common candidate of the anti-Marcos political parties, although she was officially fielded by PDP-Laban. It also pledged its support to the administrations of Lakas-CMD presidents Fidel Ramos and Gloria Macapagal-Arroyo, even naming the latter its honorary chair and supporting her candidacy in 2004.

What really made LP a force to reckon with even before Aquino’s electoral victory was its presence in the Senate. Among LP senators before 2010 were Mar Roxas, Drilon, Francis Pangilinan, and President Aquino himself. LP senators were always actively involved in national issues.

After the split, the LP senators were among the staunchest critics of Arroyo. Among the issues they opposed were the Memorandum of Agreement on Ancestral Domain, Constitutional Assembly to favor Constitutional Convention as a mode to change the 1987 Constitution, and the midnight appointment of former Chief Justice Renato Corona.

Today, the LP is a formidable force.

LP President Joseph Emilio Abaya said he is not worried about the surveys. “We’re upbeat, very positive. This is all towards the continuation of Daang Matuwid. We haven’t seen nothing yet, as the President has said,” Abaya said.

LP stalwarts have a plan that throws away traditional campaign theories. They said Roxas’s candidacy will be about selling an idea, not a man. And that idea is: A vote for Roxas is a vote for the continuation of the popular presidency of Aquino.

“LP is a mere component of the movement,” Abaya said.

It’s a strategy that has to be absorbed first by the LP membership down the line. – Rappler.com