How much a factor is Aquino’s endorsement? 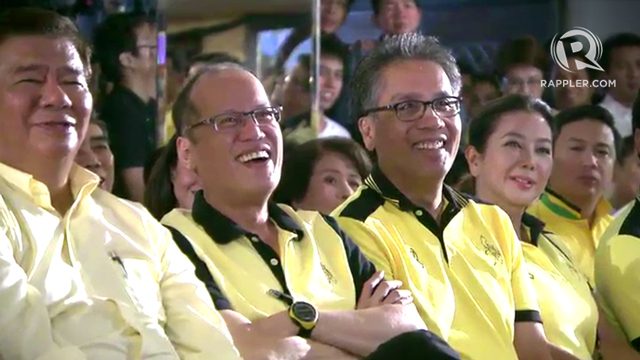 For fellow members in the Liberal Party who had pushed for Roxas despite the emergence of allies who fared better in surveys, this is the factor that will considerably improve their party president’s chances in 2016. (READ: Mar Roxas accepts challenge, vows ‘straight path’)

How valid is their assumption?

A survey conducted nationwide by Publicus Asia, a political consultancy firm, shows that the President’s endorsement is one of 7 factors that voters say will influence their vote on election day. Ranked, it is 6th on the list of influencers. (READ: Mar Roxas: The long road to endorsement)

The survey, with 1,500 respondents from all the regions and an error margin of 2.58% nationwide, was conducted from February 22 to March 4 this year.

The question on what will influence a voter’s preference on election day was one of 149 questions meant to probe the psychographics of Filipino voters ages 17-45 (those who were 17 years old at the time of the survey will be 18 on election year). Respondents were allowed multiple answers to the question.

Thirteen percent of the respondents said the “endorsement of the incumbent president for the presidential and vice presidential race” may make them “change” their preference on the day of the elections.

As influential on them as the President’s endorsement would be the letters they will receive from the candidate (15%) and the endorsement by any celebrity (12%).

The most influential factors on election day, respondents say, would be:

The Publicus survey shows that among the major regional and island groupings, the percentage of those who would be influenced by the President’s endorsement are highest in Mindanao (23%), followed by Metro Manila (16%), South Luzon (12%), and the Visayas (10%). It was lowest in North and Central Luzon at 4%.

Among economic classes, the percentage of those who would be influenced by the President’s choice are highest among Class ABC (18%), followed by Class D (13%). It was lowest with Class E at 8%. – Rappler.com