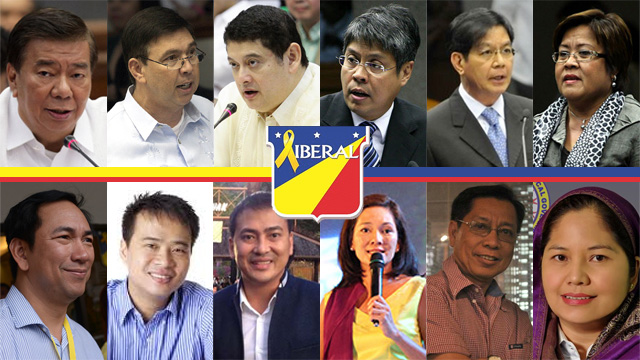 MANILA, Philippines (5th UPDATE) – The “Daang Matuwid” coalition has finally completed its 12-person Senate for the 2016 national elections and announced it on Monday, October 12, or the first day for the filing of candidacies. (WATCH: Live: Filing of certificates of candidacy)

It makes them the first coalition to announce a full Senate slate in an election that’s proving to be more unpredictable by the minute.

The slate is an eclectic mix of Senate veterans, former Cabinet members, Aquino appointees, sectoral representatives, and non-Liberal Party members. According to several sources from the Liberal Party and the administration, the 12-person slate includes the following: 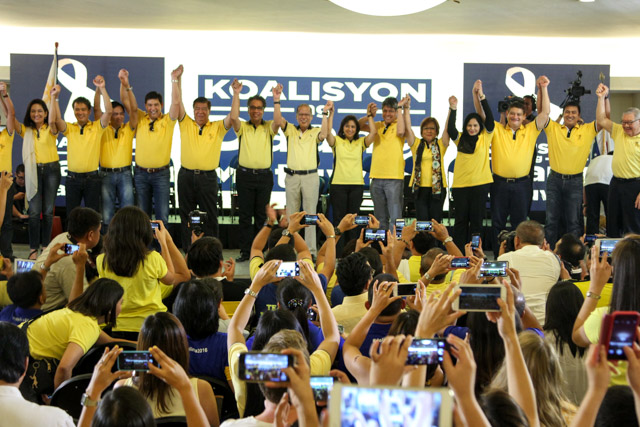 The slate was announced by Drilon at the LP headquarters in Balay Expo Centro Building in Cubao, Quezon City.

“With Mar and Leni, we are ready. We are willing and able to fight a good fight in the 2016 elections,” Drilon said.

Two names on the list, Paez and Ambolodto, may come as a surprise.

Both government officials, were late additions to a list that was only finalized the morning of Sunday, October 11, or a day before the party is scheduled to formally announce its 12-man Senate slate. (READ: Who are Senate bets Cresente Paez and Nariman Ambolodto?)

Lacson is also not a member of the LP but was named as a guest candidate of the coalition. He was the only one who did not attend the Monday announcement, with Drilon saying that the former senator had to attend an important meeting. 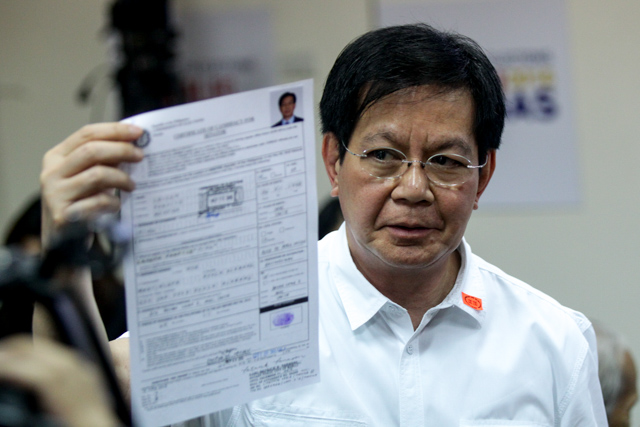 The LP’s National Executive Council (NECO) had earlier nominated 4 of the 12 to its senate slate: Drilon, Recto, Guingona, and Pangilinan. Of the 12 bets only 6 are LP members.

It’s a list that was only finalized Sunday morning, October 11, after long deliberations and at least 3 postponements of the its announcement. The LP was supposed to announce its full slate and vice presidential bet on September 28, then on September 30.

It was again reset to October 5, but the LP decided to postpone the Senate slate announcement yet again because they wanted the spotlight to focus on its vice presidential bet Camarines Sur Representative Maria Leonor “Leni” Robredo.

The announcement was set again on October 9, Friday. But by Thursday evening, the ruling party had yet to complete its Senate slate, after outgoing Metropolitan Manila Development Authority (MMDA) Chairman Francis Tolentino bowed out of consideration. (On Sunday, October 11, Tolentino declared he’s running as an independent.)

READ: Who is running for senator, 2016 elections