3rd try: Will politics be sweeter for Risa Hontiveros? 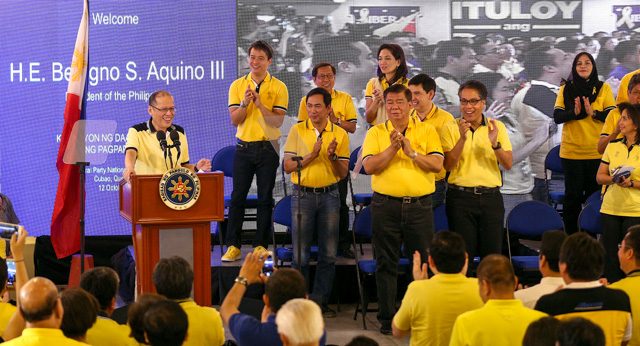 MANILA, Philippines – It was deja vu all over again for Risa Hontiveros on Monday, October 12, when she and 11 other candidates were declared as members of the 12-person slate of the ruling coalition.

Hontiveros, former party list representative of Akbayan, is a veteran in running for senator under the Liberal Party.

She vied for the Senate in 2010, under the tandem of now-President Benigno Aquino III and then-vice presidential candidate Manuel Roxas II. She lost that election, fishing 13th in a 12-person race.

In 2013, she was part of “Team PNoy,” the administration slate for the mid-term elections. She lost that election too, finishing 17th. (READ: Forget nat’l politics: Open letter to Mujiv Hataman, Risa Hontiveros, and Walden Bello)

Her campaign staff blamed mixed messages for that failed bid.

In an interview with Rappler shortly before the May 2013 race, Hontiveros recalled rejecting the “Nanay” campaign proposed to her by image handlers.

“Perhaps I chose an even broader identity – being a woman. Of course, as a woman, I myself am a mom. I have 4 kids and I’m raising them as a solo mom and it has been a way for me to really touch base because there are lots of solo moms in our country,” she said in a mix of English and Filipino.”At the same time, not all women are mothers but all of us have mothers and we have a nurturing nature. That is captured by ‘Aalagaan ka’ (You will be taken care of),” Hontiveros said then.

Hontiveros went with the slogan “Ipaglalaban ka, Aalagaan ka,” adding that she wanted to stay true to her image as babaeng palaban or strong woman.

This time, Hontiveros is part of the “Daang Matuwid” coalition, a mix of Senate veterans, former Cabinet members, Aquino appointees, former foes, and sectoral representatives, for the 2016 elections. In November 2014, Hontiveros was appointed a director of the Philippine Health Insurance Corporation (PhilHealth). She took her oath of office in June 2015. Her experience in the government-owned corporation, she said, has made her realize the importance of universal health care – and the need for its champion in the legislature.

Universal health care will now be among Hontiveros’ key messages in 2016, on top of “proving” that name recall isn’t needed to bag a Senate seat and continuing the current administration’s anti-corruption drive.

Improving her messaging was among the many lessons learned from her two failed Senate bids.

“Kung tignan niyo yung mensaheng dinadala niya ngayon yung focus sa health care at anti-corruption. Di tulad ng previous elections na yung isang criticism, medyo sabog ang kanyang mensahe (Her message now is focused on health care and anti-corruption. Unlike in previous elections where one of the criticisms was that her messaging was all over the place),” said Gutierrez.

“Those two things will spell the difference,” he added.

Hontiveros said that if 2010 was about “stopping corruption” and 2013 was about “consolidating reforms,” 2016 will be about “continuing Daang Matuwid.”

The plans are in place and the lessons have been taken to heart. But Hontiveros is first to admit that it doesn’t make things easier.

Editor’s Note: We have corrected this report to state that Risa Hontiveros was appointed to PhilHealth in November 2014, not in June 2015, when she was sworn in.