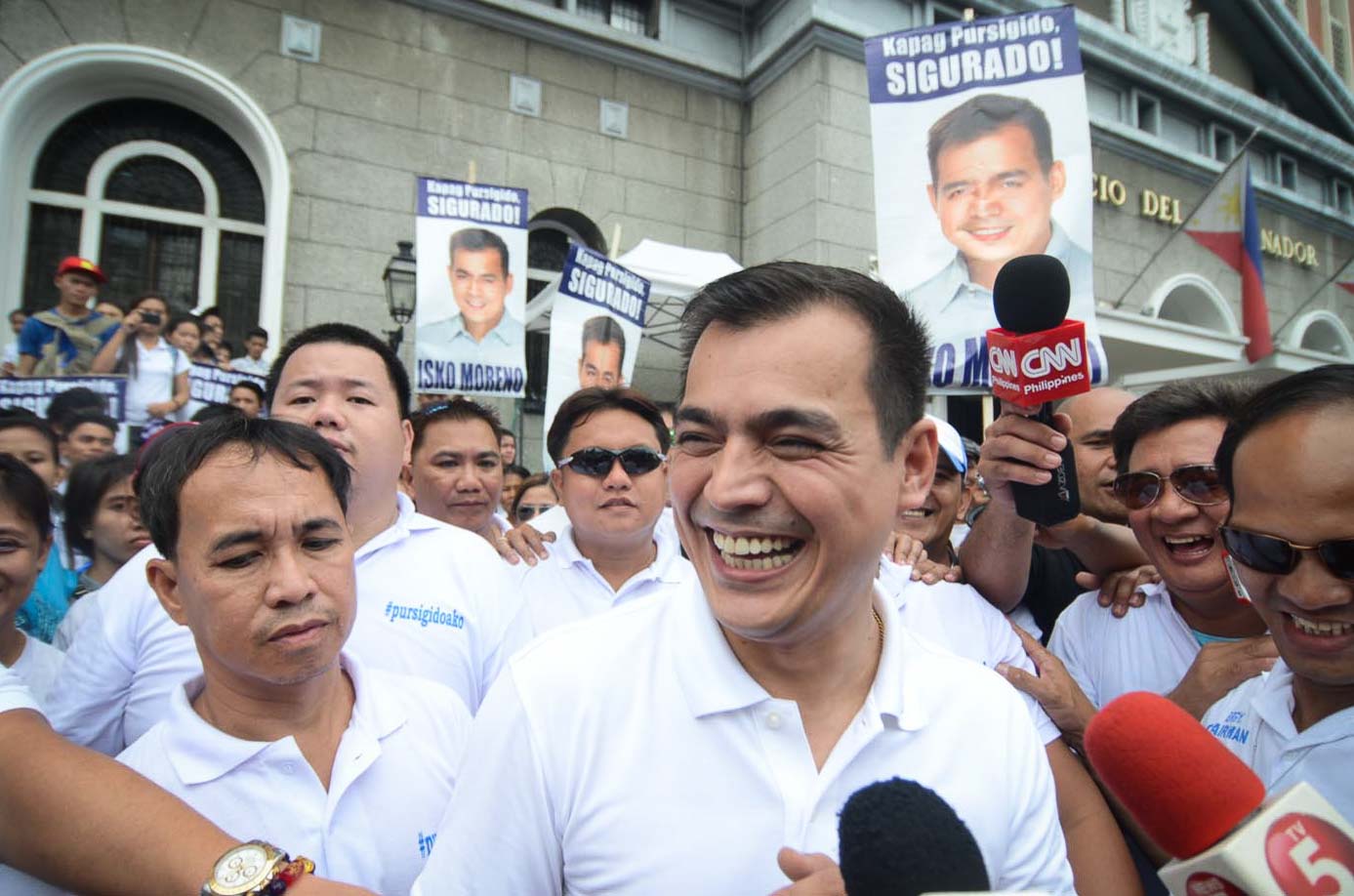 Moreno’s camp organized a ceremonial launch of his senatorial bid at the Tondo High School, where the 3-term vice mayor studied as a teenager.

Both expressed support to the 40-year-old politician’s 2016 senatorial run, which for weeks, became the subject of speculation.

Moreno had earlier resigned as Manila traffic czar, saying he intended to run in the upcoming polls but refusing to disclose for which position.

Screens showing a live stream of the program in Tondo – notoriously known as a densely populated and poor area in the city – were strategically positioned for his supporters spread out in the area.

Right after the program in Tondo, Moreno proceeded to the Commission on Elections (Comelec) main office in Intramuros to make his bid official.

He filed his certificate of candidacy at 12:30 pm on Friday.

(For me, that is what our fellowmen are looking for – someone to draw inspiration from and who understands their needs.)

She added that Moreno did not let his circumstances get in the way of his dreams. He instead used his experience as a drive to help others.

Moreno was a 3-term Manila councilor prior to getting elected as vice mayor. He was a popular actor before transitioning to politics.

His city has been beset with perennial problems of vehicular congestion and flooding in major roads, vulnerable employment, and crime in extremely poor areas.

Moreno had cited the city-wide Manila truck ban and modified bus ban among the “drastic measures” he put in place to decongest Manila roads. He presided over the city council that passed the ordinances for these.

Moreno earlier touted as a result of “political will” the city’s modified bus ban, which disallowed city and provincial buses without terminals in Manila from traversing the city roads. – Rappler.com