Duterte denounces extrajudicial killing: No honor in it 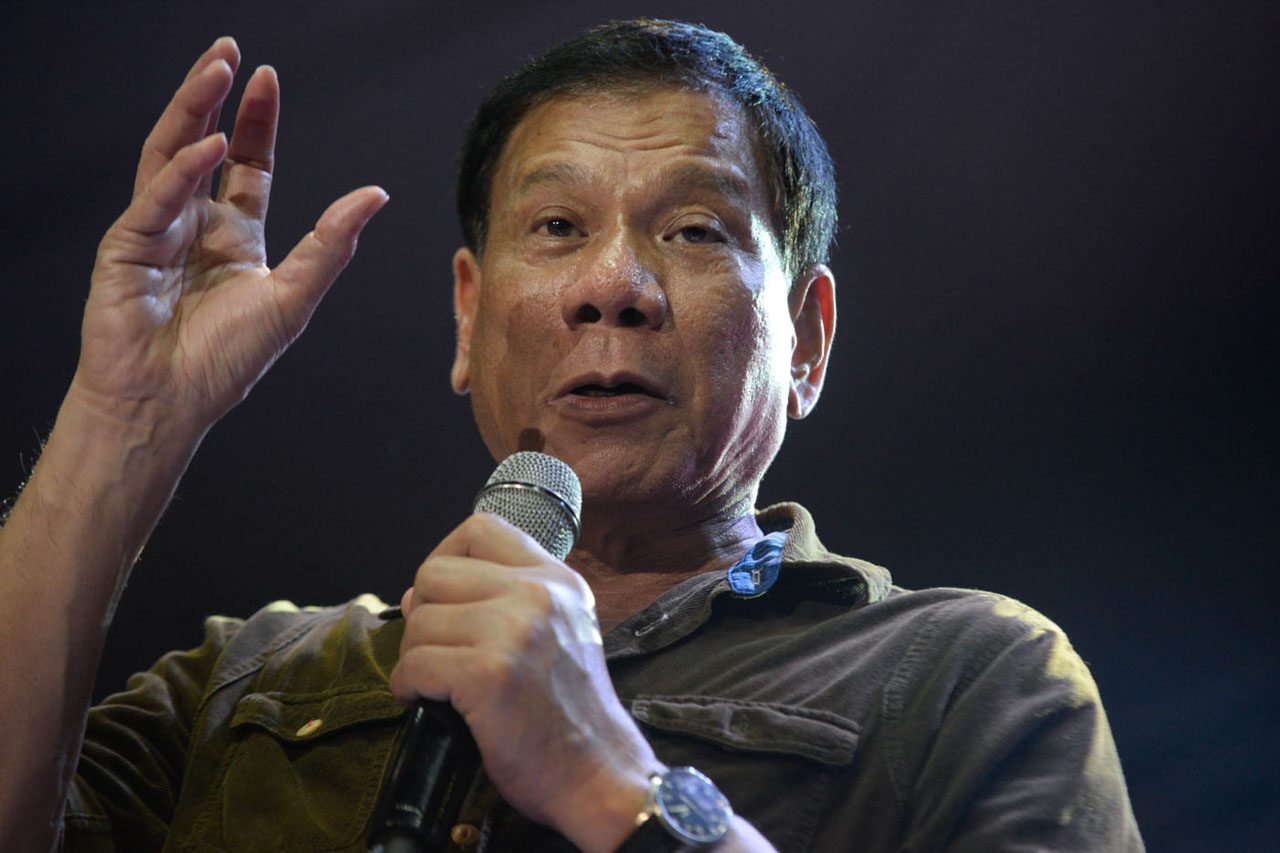 MANILA, Philippines – Rodrigo Duterte changed his tune on extrajudicial killings during his January 7 to 8 visit to Cebu City.

This time around, the man nicknamed “The Punisher” categorically denounced extrajudicial killings, saying, “There is no honor in it.”

After repeating his promise to crack down on criminals within 3 to 6 months of his term, Duterte said extrajudicial killings would not be his strategy.

“There will be killings. There will be a lot of blood. I’m up against criminals and criminal syndicates but I will assure you there will be no extrajudicial killing. I cannot gun down a kneeling man. There is no honor in it,” he told Cebu local government officials during a January 7 assembly.

But it doesn’t mean criminal elements can rest easy under a Duterte presidency, he emphasized.

He will still issue an order to the military and police to kill perpetrators of serious crimes, like drug-trafficking. But with a caveat.

“I will announce publicly, as I’m doing now, ‘I have ordered the military and the police to kill the drug lords everywhere, anywhere they are seen, at any time.’ I will just add a caveat: if they put up a violent resistance,” he said.

His recent statements are markedly different from previous speeches in which he was less careful with what he said about extrajudicial killings.

For instance, he once warned criminals he would execute 100,000 of them and feed them to the fish in Manila Bay.

He also “admitted” he was the Davao Death Squad (DDS), a mysterious group allegedly responsible for vigilante-style killings in Davao City.

These statements have fueled public criticism against Duterte for his alleged human rights violations.

A 2009 Human Rights Watch report accuses him of being directly involved with the DDS.

Fellow presidential candidate Miriam Defensor Santiago also came to his defense last December, saying Duterte is only exaggerating to get his point across.

Aside from being more tactful with statements on killings, Duterte was noticeably less foul-mouthed during the Cebu City visit. The visit happened a few days before the start of the election period.

Fighting criminality is also a national concern but it ranks lower (at 25%) than economic issues and fighting corruption. – Rappler.com