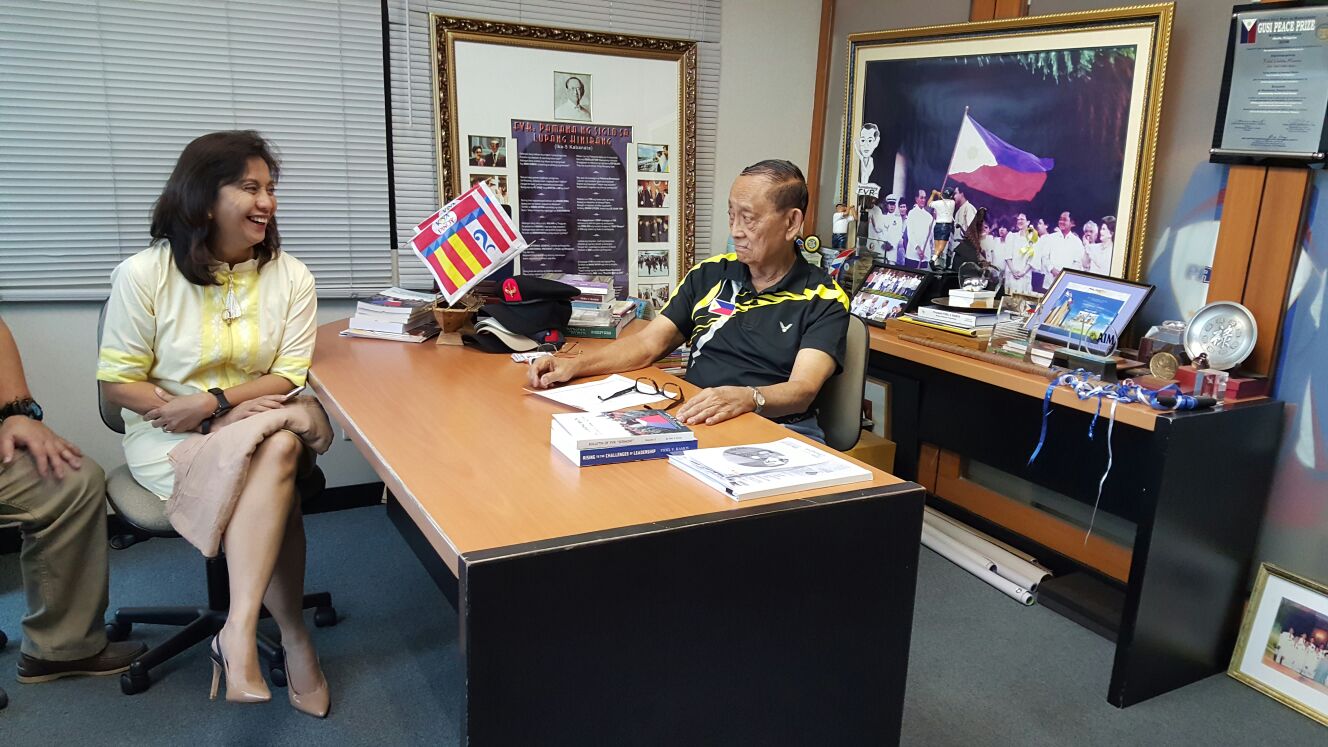 “In the meeting, Ramos shared his campaign experience in 1992 and offered Robredo some advice on how to woo voters as she visits different parts of the country starting tomorrow,” according to a press statement from the Robredo camp titled “Robredo wins endorsement from FVR.”

It’s not clear though if indeed Ramos endorsed Robredo’s bid, as he has also been meeting with other candidates for the May 2016 elections.

Rappler checked with an aide of Ramos, who said that “Leni just visited FVR same as the other candidates. I am not aware of any endorsement yet.”

The Camarines Sur representative is one of 6 candidates for the VP post. She’s running under the Liberal Party, and is at 3rd place in the latest Pulse Asia survey.

The LP tandem is holding its proclamation rally Tuesday in Capiz and Iloilo. (READ: Campaign trail: Where the candidates are, Feb 8-14) – with a report from Bea Cupin/Rappler.com