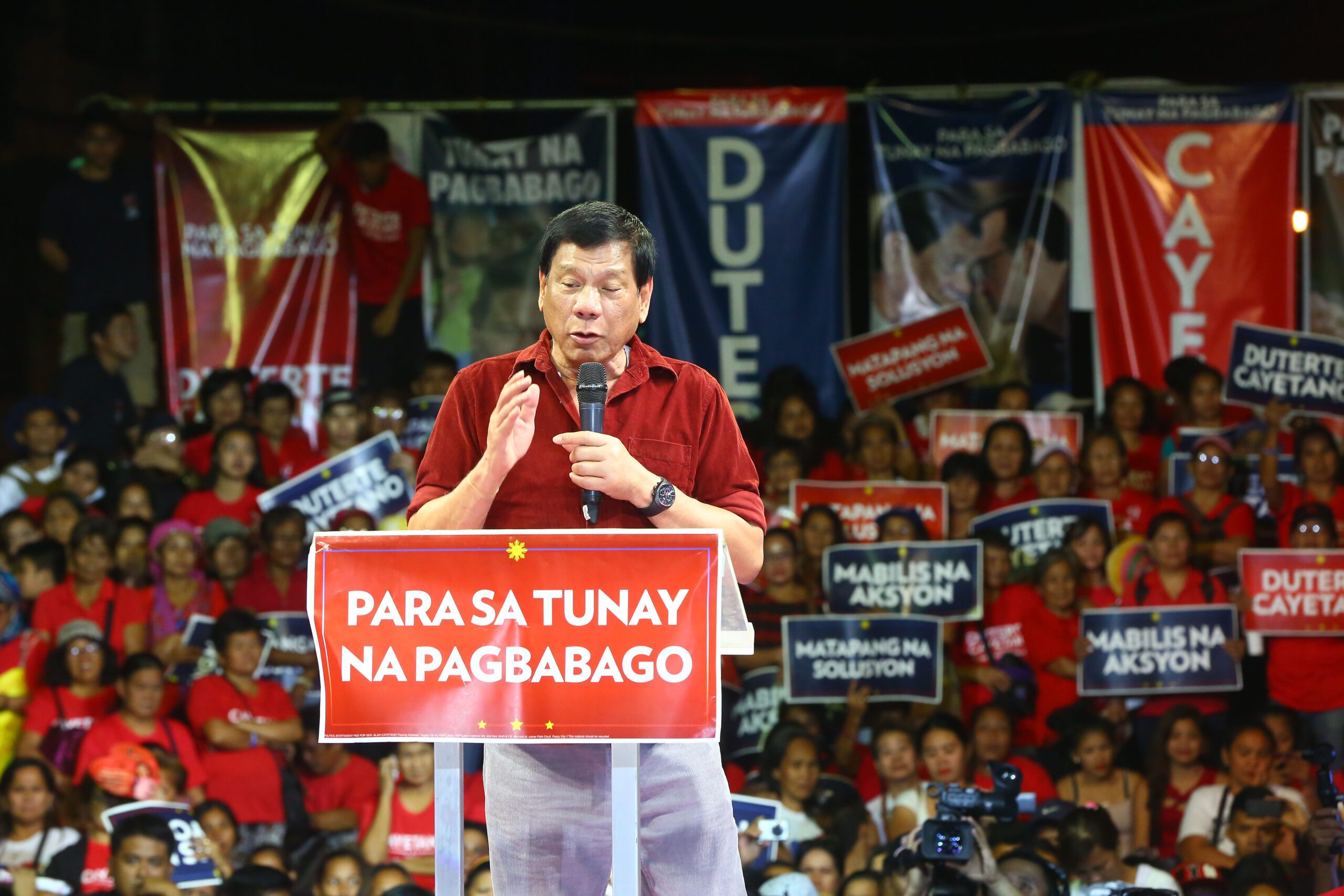 (To those from the province, go home because I will put up economic zones.)

His audience included residents from the Manila neighborhood where it is said many were originally migrants from other parts of the country seeking better fortunes in the capital.

These economic zones are tracts of land that Duterte plans to lease out to investors for development into manufacturing, commercial, or tourism hubs.

He previously said such leases would last 40 years and could be renewed.

Such economic zones could create jobs in the countryside, enlivening the local economy, he said. (READ: Duterte-Cayetano: Dispersal is key to decongesting Metro Manila)

Though economic zones are already present in some parts of the country, he said the choice for these areas was based on “favoritism.” Under his presidency, every region would have an economic zone.

He likened the move to how China spurred its economy: by attracting foreign companies to transfer their manufacturing to China with low labor cost.

However, China has also been criticized for inhumane working conditions and deterioration of air quality due to the proliferation of factories flouting environmental safeguards.

Not all economic zones in the Philippines have a happy story. The controversial Aurora Pacific Economic Zone and Freeport Authority (APECO), for instance, faces fierce opposition from land reform advocates.

Duterte previously said he would crack down on companies violating environmental laws and would phase out contractualization.

His other proposal for spurring progress in the rural areas of the country is building more food terminals.

“In the countryside, I will put up food terminals with chillers, refrigeration so that the food stays fresh,” he said in Filipino.

The food terminals are supposed to give farmers better access to buyers instead of relying on middle-men to pick up their crops and sell them for much higher prices.  Such a system allows middlemen to dictate prices of crops to farmers instead of the other way around.