Escudero slips; Marcos tied with him for No. 1 – SWS 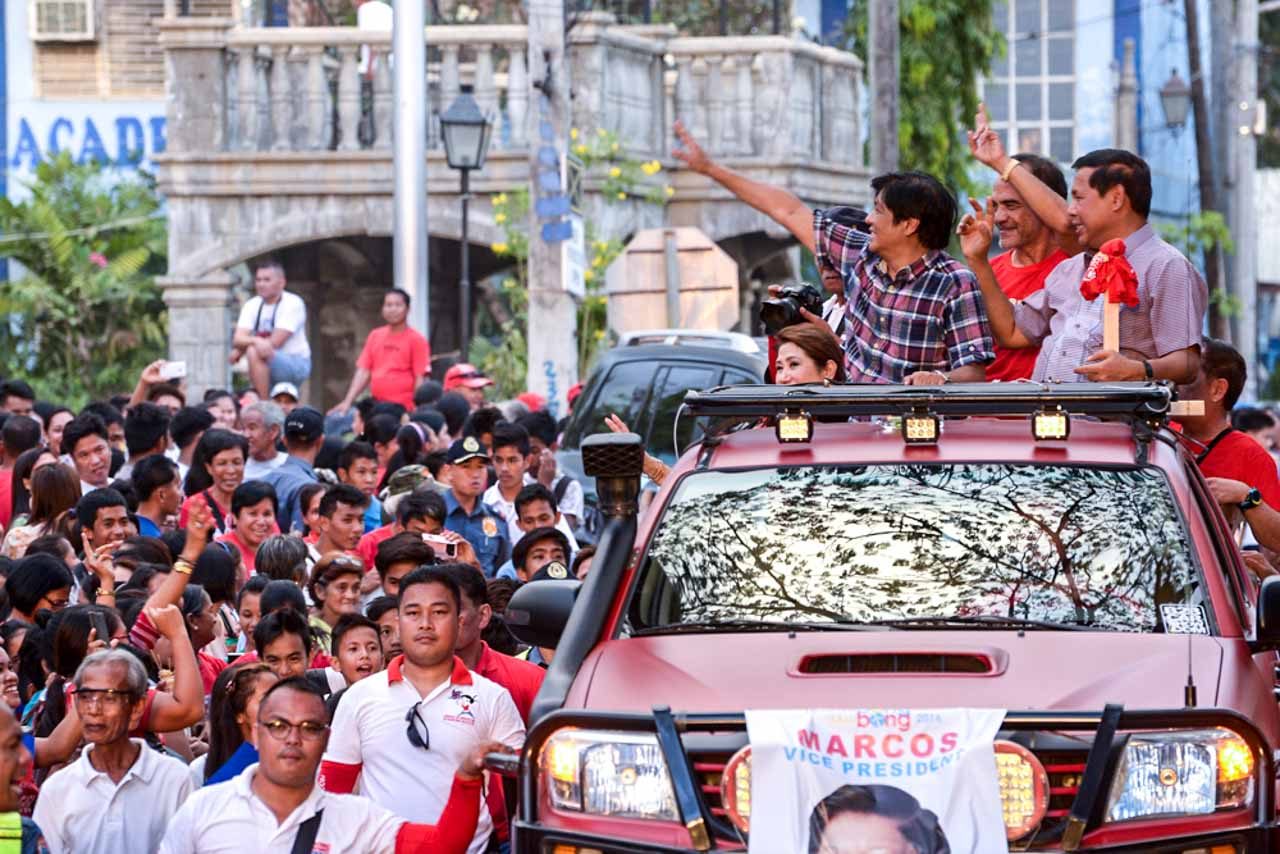 MANILA, Philippines (UPDATED) – Senator Ferdinand “Bongbong” Marcos Jr is now tied with Senator Francis Escudero for the top spot in the vice presidential race, based on a February 5-7 survey conducted by BusinessWorld and the Social Weather Stations (SWS).

Both are now at 26%, according to survey results released early Monday, February 15, in BusinessWorld. This is the first time that Escudero lost the lead since September 2015, when BW-SWS started conducting pre-election surveys, BusinessWorld said. Escudero was at 28% in the January 2016 BW-SWS survey. (READ: Binay, Escudero lead in SWS January survey)

Escudero (20%) enjoyed up to 13-percentage-point lead over Marcos (7%) in September 2015, but it was a time when Marcos was still reportedly considering a presidential run. Marcos’ numbers showed double-digit increase (7% to 24%) after he filed his certificate of candidacy while Escudero gained additional 10% in the November survey. Escudero has since showed consistent decline while Marcos’ numbers proved to be erratic.

Marcos’ new numbers didn’t grow much from January, however. They just increased from 25% in January to 26% in February 2016. The survey has a 3-percentage-point error margin.

Senator Alan Peter S. Cayetano’s numbers increased, too, from 14% in January to 16% in February.

Senator Gregorio “Gringo” B. Honasan II got 6% (from 8% in January), while Senator Antonio F. Trillanes IV had 5% (from 3% in January), according to BW-SWS.