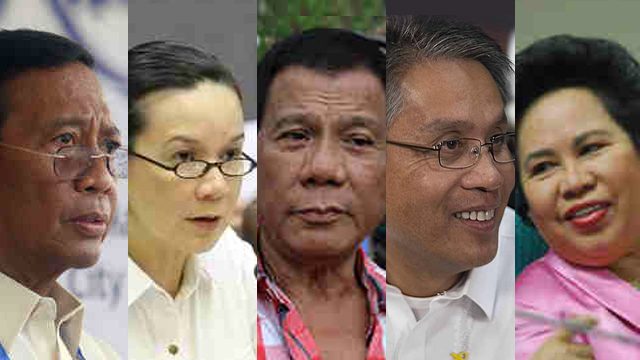 Facebook Twitter Copy URL
Copied
As the Philippines nears election day, we take a look at how presidential bets view and plan to act on issues linked to gender equality

MANILA, Philippines – Who among the presidential candidates are truly standing up for women?

Women’s rights issues are not exclusive to women, as they also affect men, children, and Philippine society.

As the Philippines nears election day, we take a look at how presidential bets view and plan to act on issues linked to reproductive health, abortion, divorce, LGBT (lesbian, gay, bisexual, and transgender) rights, and gender equality. Among all presidential bets, only Vice President Jejomar Binay maintains a rather vague stand on the reproductive health (RH) law.

In 2011, the Philippine Daily Inquirer reported that Binay is both pro-life and pro-choice, saying he has no problems with condom use. Binay then stressed that he is against abortion and abortifacient pills. The latter, however, are not part of the RH law.

While the vice president keeps mum on the issue, his daughter, Senator Nancy Binay has been very vocal in opposing the RH law. “I am anti-RH because it’s hard to promote something that I’m not using. I have spaced my kids right without using artificial means,” Nancy said in a 2013 interview with ANC.

“It’s a heated debate so browbeating with dad, but of course you have to consider the position of your parents, your constituents also, and your personal position, but at the end of the day, he will feel bad and won’t talk to you for a while, but I guess that’s normal,” Abigail told Rappler in 2013.

Abigail shared that whenever she was in the session hall, her father repeatedly called her to convince her to change her mind. Vice President Binay laughed and said, “I really got mad at her over RH. I wrote to her several times.”

But when the RH law was finally declared constitutional by the Supreme Court in 2014, Binay switched gears and asked Filipinos to move on from the RH debate.

“The Supreme Court decision on the Reproductive Health (RH) Law addressed the contentious issues squarely,” he said in a press statement. “Now that the highest court has spoken, I am confident that we can all put this divisive issue behind us.”

The sentiment is shared by the Catholic Bishops’ Conference of the Philippines, which urged Catholics to “move on”, adding that the church “must continue to teach what is right and moral.” 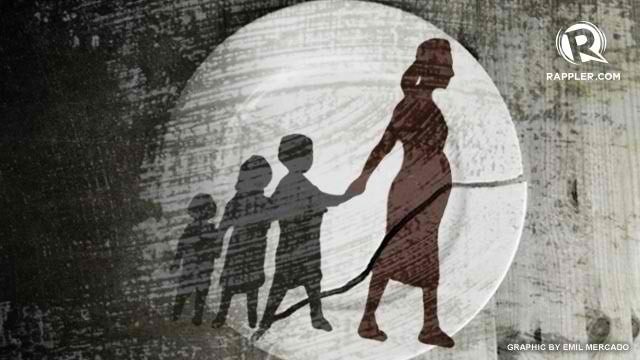 Santiago is an RH champion, calling the RH law the “highlight” of her year as a senator and as a woman in 2012.  “Not having a reproductive health law is cruelty to the poor,” Santiago said.

In 2011, Santiago filed the Reproductive Health Act in the Senate, a decade after the first RH bill was filed in Congress.

In January 2016, Santiago condemned the RH budget cut, calling the move “immoral.” As part of her action plan, she wants to fully implement the RH law.

Meanwhile, paradox brews within Duterte regarding his views on women. The Davao City mayor is a self-confessed womanizer, but at the same time a staunch RH advocate.

In fact, in 2005, Duterte gave cash incentives to those who availed of the city’s free vasectomy and tubal ligation services. Amid the heat of the RH debate, Davao City was already giving out free contraceptives.

Santiago and Duterte, however, clarified that they do not support abortion.

As for Poe, she believes that the RH law is “good progress in our struggle to address the high prevalence of maternal deaths.” As a senatorial candidate in 2013, she told GMA News that she wanted to improve the RH law by providing couples “financial assistance in their efforts to conceive a child.”

During the RH vote in the House of Representatives, pro-RH Roxas observed and stayed until the very end. A bishop even warned Roxas that his support for the RH law could compromise his 2016 presidential bid, but nevertheless, Roxas stood his ground. Among all presidential bets, only Santiago actively supports the divorce law – as long as it is sought on the basis of two grounds:

“On other grounds, I don’t advise it, I will not support it because it might trivialize the institution of marriage – young people might rush into marriage, particularly when they are young, and then change their minds and get a divorce,” she added.

Binay is silent on the issue, while Duterte, Poe, and Roxas expressed their opposition to it.

“Personally, I don’t think that we are ready for this particular [divorce] bill to be passed into law,” Poe told Yahoo News in 2013, stressing that the Family Code must first be amended to “address the needs of the times” before further tackling divorce.

As for Roxas, he admits he is not in favor of divorce. “For me, a family is central to each person’s life,” Roxas told GMA News in January. “So we must all strive to maintain strong families.”

Meanwhile, Duterte said he is against divorce, believing that it would inflect a lasting “injury” on the family, especially children. Unlike the Philippines, Davao City has its own Anti-Discrimination ordinance, protecting women and LGBTs from all forms of discrimination.

An anti-discrimination bill has been pending in Congress for more than a decade, receiving little support from legislators. Perhaps unknown to many, Santiago was among the first senators to support such bill.

Santiago, however, filed a bill banning same-sex marriages. “Marriage is a union founded on the distinction of sex,” the senator’s bill read, stressing that same-sex marriages done abroad should not be recognized in the Philippines.

In 2015, Duterte guested on the Vice Ganda show and expressed support for same-sex marriage. In 2016, however, Duterte told Rappler that while he is “open” to legalizing same-sex marriage, he is yet to make a final decision. When Poe declared her presidential bid in September 2015, she specifically identified the LGBT community as a vulnerable sector. In fact, Poe was among the senators who filed an anti-discrimination bill in 2014.

When asked about same-sex marriage, Poe told InterAksyon that she supports the “right of two consenting adults to contract civil marriage, regardless of their sex.”

“Our laws cannot discriminate against persons because of their sexual orientation and gender identity,” she added. This is a big leap from her stance in 2013 when she told Yahoo News, “I am not for same-sex marriage at this point but I believe in domestic partnership.”

On the other side of the fence are Binay and Roxas who are outright against same-sex marriage.

Binay echoes the position of the Catholic Church, while Roxas said he does not support same-sex marriage as a public policy, while also stressing that he loves his LGBT relatives.

Will the candidates’ stand on gender-related issues affect your vote? – Rappler.com