Presidential bets on education, K to 12 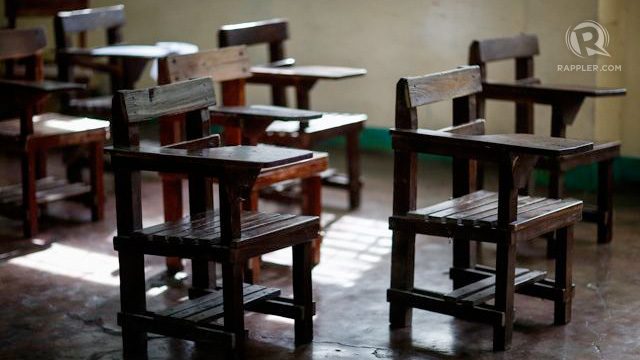 Facebook Twitter Copy URL
Copied
Can the 2016 presidential bets deliver on their many promises on education reform?

MANILA, Philippines – What awaits Philippine education in 2016 and beyond?

The Philippines’ competitiveness in terms of health and primary education has climbed 4 notches in the past 6 years, according to the World Economic Forum’s Global Competitiveness Report.

Likewise, ranking in terms of higher education and training improved by 10 notches.

The Philippines, however, is still far behind its Southeast Asian neighbors.

Dropout rates, although already decreasing in the past decade, remain a problem.

This amount, however, is small compared to other countries.

Aside from budget concerns, one of the most talked about issues in the education sector is the K to 12 program, which adds two years to basic education.

The Philippines is the only country in Asia, and one of only 3 countries worldwide, with a 10-year pre-university cycle.

Its full implementation is eyed by 2017.

As election nears, let’s look at what presidential bets have to say about education and the K to 12 program: In 2015, Vice President Jejomar Binay said he would improve the K to 12 program if elected president.

“When I become president, one of the first things we will do is to review the implementation of the K-12. I agree with the noble purpose behind K-12, but I feel that stakeholders are ill-prepared for such major adjustments in their schedules and resources,” he said during a keynote speech in a Southern Leyte school.

“Under this system, the school partners with private companies. Trainees work as apprentices in these companies and are given living allowances, therefore earning while learning,” Binay explained.

He added that private sector enterprises and higher education institutions can work together in developing a college curriculum “that is more attuned to the requirements of the labor market.”

The University of Makati, he said, could be replicated nationwide.

He even suggested giving teachers discounts on burial services.

“[W]e will ask Congress, which alone is authorized to appropriate funds, to pass the necessary laws to secure the budgetary requirements,” Binay said. Duterte also wants scholarships for children of military members who die on duty.

The mayor, however, is not so impressed with the K to 12 program.

In a 2015 interview with SunStar, Duterte called the additional senior high school program “questionable, urging for it to be only “optional.”

“It is not yet too late to stop it, and wait for the right time, more money, and more teachers at hand ready to embark on the K to 12,” he told SunStar.

In Business Mirror, he also called the program’s implementation “ill-advised.”

In March, however, Duterte told Rappler that he is already in favor of K to 12. “Upon review, I think it’s good for the country. We really lack years in education,” he said.

As for the curriculum, Duterte told the Philippine Star that algebra, calculus, and trigonometry should be replaced with business mathematics in school. Senator Grace Poe supports the Aquino administration’s K to 12 program, believing it will equip students with the necessary skills to work and provide for their families.

Poe wants K to 12 graduates to be allowed into the Philippine National Police.

During Poe’s presidential bid declaration, education topped her priorities. She mentioned the following: 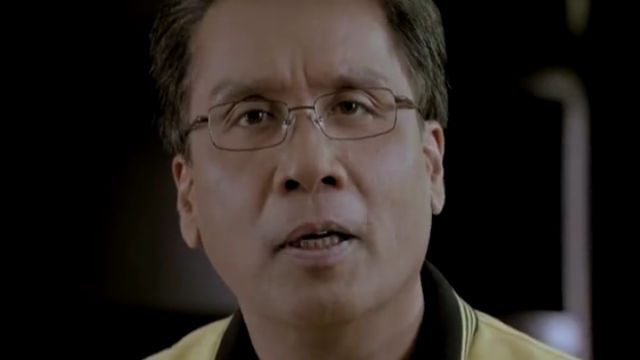 In a previous conversation with Rappler, Mar Roxas said that he wishes all Filipinos would get a good education and decent job opportunities.

“[B]y doing K-12, we are able to equalize that and continue to provide opportunity for our people and for our workers and so these are the kinds of things that have been done for the last 5 years of President PNoy into his 6th year and which we want to continue under Daang Matuwid,” he told Rappler.

By “aligning our education system with the rest of the world,” discrimination against overseas Filipino workers may also cease, Roxas said.

Even before the enactment of the K to 12 law in 2013, Roxas already had a clear vision for Philippine education.

In 2008, Roxas filed the Omnibus Education Reform Act, which aims for a “globally competitive” education system. Among his proposals were: As for K to 12, the senator said the program’s aim is to build the “lifelong advantage” of Grade 12 graduates, rather than just their employability in fields like agriculture, electronics, and trade.

“If K to 12 has begun lessons on sustainable development, then technical and vocational education must usher in the ’21st century green economy,’ with earth-friendly ‘green’ jobs,” Santiago said.

Even while on medical leave, Santiago called on the Senate to look into the tuition hike among private colleges and universities, and the probe on DepEd textbooks which are not K to 12-aligned.

Her other priorities include:

Can the presidential bets deliver on their promises? – Rappler.com