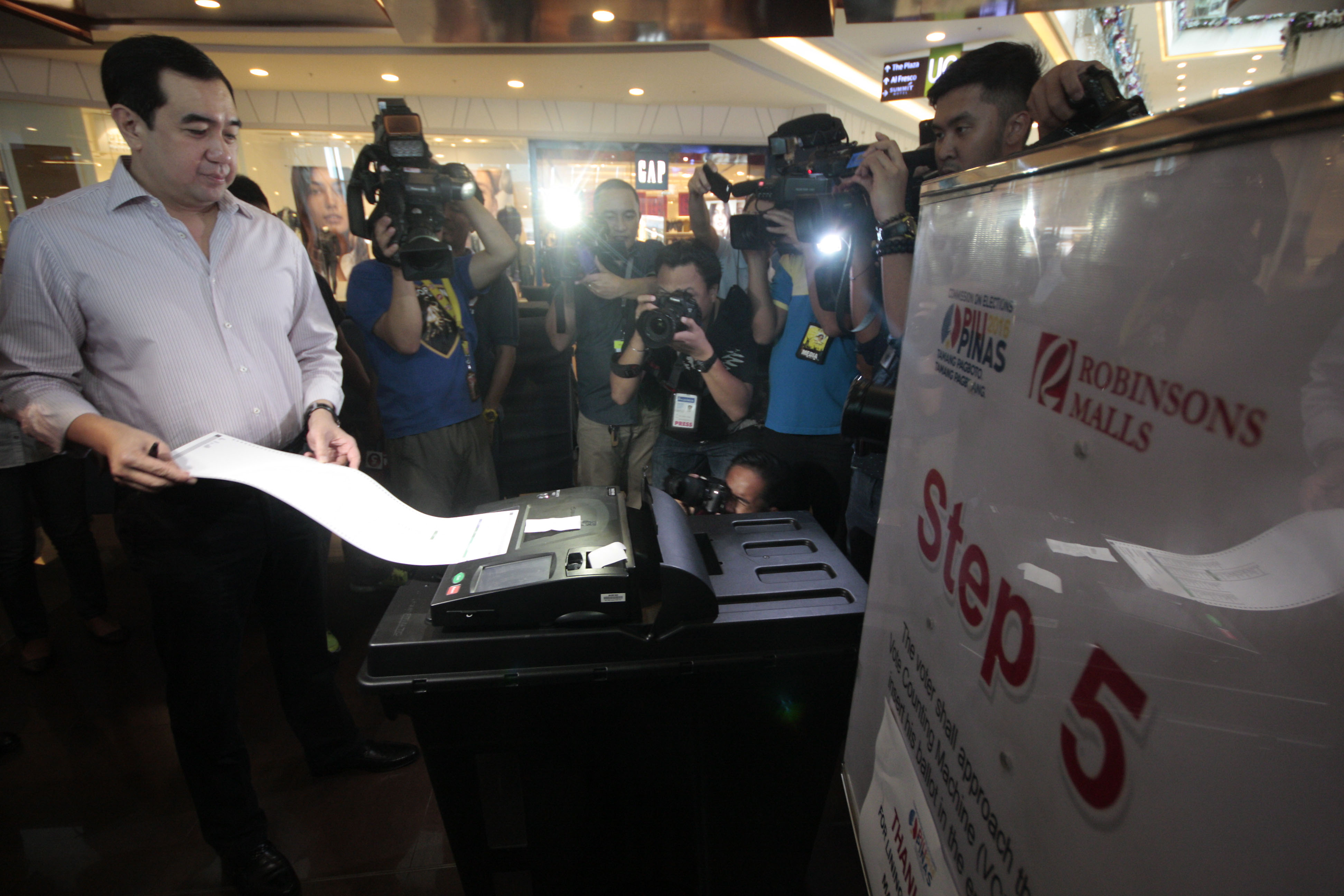 MANILA, Philippines – “This court cannot accept the lackadaisical attitude of the Commission on Elections (Comelec) and its counsel in addressing this case.”

With these strong words, the Supreme Court (SC) slammed the Comelec and its counsel, the Office of the Solicitor General, for failing to meet the deadline to comment on a case regarding voting receipts.

Senatorial candidate Richard Gordon and his political party, Bagumbayan, had asked the SC to require the Comelec to issue voting receipts for the May 9 elections.

The SC on February 23 required the Comelec to comment on the petition, 5 days upon the receipt of an official notice. The Comelec requested for an extension but the SC denied it.

The Comelec filed its comment only on Monday, March 7, a day before the SC issued its ruling on voting receipts.

This ruling thrust the Comelec in a state of emergency that requires it to overhaul months-long processes in 60 days.

Given this situation, the Comelec said it might have to postpone the elections or revert to manual polls.

The SC, however, pointed out that one of the problems is the Comelec’s failure to submit its comment on time.

In the 16-page decision penned by Associate Justice Marvic Leonen, the SC noted that instead of filing its comment on time, the Comelec requested for an extended deadline through the Office of the Solicitor General.

The SC quoted the Office of the Solicitor General as saying that it “has not yet received a copy of the Petition and has yet to obtain from Comelec the documents relevant to the case.”

The High Court explained: “It is not often that this court requires the filing of a comment within a non-extendible period. This is resorted to when the issues raised by a party is fundamental and the ambient circumstances indicate extreme urgency.”

One of these matters of “extreme urgency,” the SC said, is the issue of voting receipts.

“Among all government bodies, the Commission on Elections is the entity that should appreciate how important it is to respond to cases filed by the public to enable these rights. It perplexes this court that the Commission on Elections failed to immediately transmit relevant documents to the Office of the Solicitor General to allow them to respond within the time granted,” the SC said.

One can note, after all, that there is hardly anything new in the Comelec’s 10-page comment. In its comment, the Comelec argued that paper ballots serve the purpose of voting receipts. The Comelec had discussed this in previous news conferences and articles.

The SC, in the end, denied the Comelec’s request for an extended deadline “due to the urgency to resolve this case.”

“This court cannot fail to act on an urgent matter simply because of the non-compliance of the Commission on Elections and the Office of the Solicitor General with its orders,” the SC said.

Poll chief: ‘Was that unreasonable?’

The High Court said it extends deadlines only “for good and sufficient” reasons.

“This court has been firm that, as a general rule, motions for extension are not granted, and if granted, only for good and sufficient cause. Counsels, even those from government, should not assume that this court will act favorably on a motion for extension of time to file a pleading,” the SC said.

Comelec Chairman Andres Bautista, for his part, said the Comelec didn’t meet the deadline because the OSG “needed more time to prepare the comment.”

Referring to the time the Comelec had to file its comment, Bautista told Rappler: “We were given 5 days only, and we only asked for another 5 days. Was that unreasonable? And consider that we are in the thick of our election preparations.”

Emil Marañon III, former chief of staff of ex-Comelec Chairman Sixto Brillantes Jr, said the case of voting receipts “is yet another illustration of the long tension between the Supreme Court and the Comelec.”

“The poll body may have been negligent in filing a comment with the SC, but I find the High Court equally careless in giving out a ruling without actually hearing the side of the government office that will administer the elections. It could have let the Comelec explain the dire consequences of tinkering with system this late,” Marañon, an election lawyer, wrote in a piece for Rappler.

He added: “While the Supreme Court is admittedly supreme in matters of law, it cannot however decide cases in a vacuum, totally unmindful of its consequences. Even if we have to concede that it has the brightest legal minds, there are matters of electoral technicalities and operations which its justices may simply know nothing about. In this case, it should have trodden that potentially intrusive path with prudence and circumspect, and with due deference to Comelec’s more superior expertise.” – Rappler.com