Single ticket: How about voting for president and VP together? 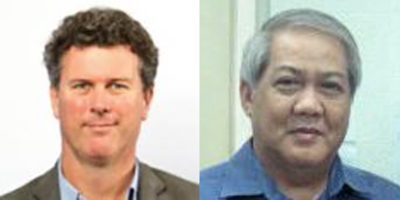 This probably reflects American historical influence on the Philippines, as the United States once had this model.

The reasons the US abandoned split tickets for presidential elections are relevant for the Philippines today.

But this caused severe tensions between presidents and vice presidents, who often had very different ideas – perhaps most dramatically between President John Adams and Vice President Thomas Jefferson, who held office in the early years of the young republic (from 1797 to 1801). Indeed, the first American political parties emerged amid the fierce political contention of this era.

When separate votes were permitted, candidates realized they could run together as a team for president and vice president as a way of enhancing national unity.

This was especially important in the presidential election that was held amid the tumult of the American Civil War. In 1864, Abraham Lincoln, a Republican, ran on a joint ticket with Andrew Johnson, a Democrat. They were the co-endorsed candidates of the National Union Party.

Today, some US states still elect their governor on separate tickets, and frequently from different political parties (for example, when Republican George W. Bush was governor of Texas, the vice-governor, Bob Bullock, was a Democrat). But in most cases, in the United States and elsewhere, a joint ticket is now the norm. A key advantage of joint tickets is how they facilitate a common expression of policy agendas. For this reason, they contribute to more programmatic political debate and more effective governance. As they are a decision to cooperate in advance of the election, they can be seen as a “coalition of commitment” between the two candidates.

By contrast, split tickets undermine cohesive government and tend to accentuate the personal and political differences between the two candidates. When the winning presidential candidate comes from one party and the winning vice presidential candidate comes from another party, the best that can be hoped for is a “coalition of convenience.” In other situations, of course, there can be open animosity between the two highest office-holders of the land.

A key underlying factor is the presence or absence of coherent political parties. With no overarching party or policy platform, candidates have an incentive to simply promote themselves as personalities, to the detriment of effective governance.

In the Philippines, political parties rarely display any strong degree of programmatic coherence or organizational capacity. They are often mere vehicles for the promotion of personalistic and clan interests.

Since 1986, the Philippines has had an array of parties but cannot be viewed as a multi-party system per se. Many politicians regularly change parties and the parties themselves regularly change names. Political alliances are often transitory, based more on calculations of short-term electoral advantage than any clear ideological or programmatic principles.

In a country with strong political parties, a split-ticket system may encourage the parties themselves to broker and enforce political bargains.

But in a country without strong political parties, such as the Philippines, a split-ticket system is likely to lead to particularly unstructured outcomes. Before the election, choices of running mates involve political bargaining among personalities and clans – with little, if any, attention to the forging of common policy objectives. After the election, there are few coherent party mechanisms to encourage adherence to whatever agreements have been forged.

In recent Philippine history, it has been the norm for presidents and vice presidents to come from different party groupings. A survey of the outcomes of the presidential elections since the promulgation of the 1987 Constitution reveals that in 3 out of 4 instances the result has been a split ticket:

In sum, most countries with presidential elections have concluded that joint tickets are a better idea than split tickets. Perhaps the Philippines might consider such a change as well? – Rappler.com

Ramon C. Casiple is executive director of the Institute for Political and Electoral Reform, based in Quezon City.