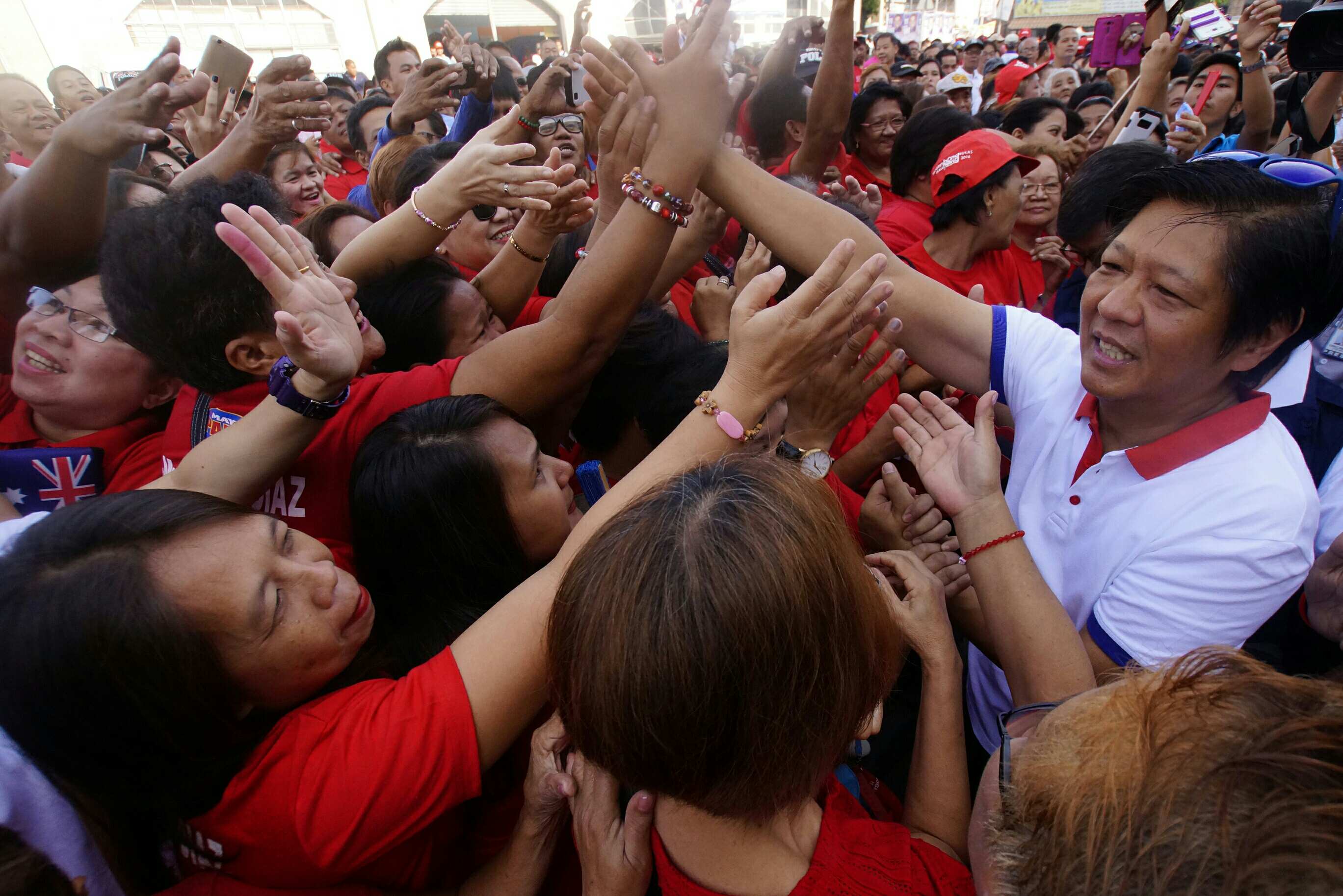 MANILA, Philippines – Vice presidential candidates will take the stage together for the only Commission on Elections-organized debate on Sunday, April 10, and latest poll front runner Ferdinand Marcos Jr said he is sharpening his message and preparing for possible mudslinging by rivals.

“Nothing, I guess sharpen the message. Ibang venue ‘yan, hindi naman talumpati ang gagawin – sagutan,” he said on the sidelines of his sorties in Quezon City on Monday, April 4. (That’s a different venue. It’s not a speech, it will be an exchange of words.)

He said he’s trying his best to prepare for possible subjects that may be tackled.

Unlike the presidential debates also organized by the Comelec, there are assigned topics for each of the 3 debates. In contrast, only one debate will be conducted between the vice presidential candidates.

“I’ve been [to] this kind of forum before. It’s just a question of knowing the current issues and what is our position for each problem and what I think should be done,” he told reporters in a mix of English and Filipino during another sortie on Tuesday, April 5.

The Comelec’s vice presidential debate is co-organized with CNN Philippines and BusinessMirror.

‘I prepare for everything’

Marcos, who is usually unruffled amid attacks and criticisms, said he is also bracing for any mudslinging that may happen on Sunday.

“Essentially I prepare for everything. If there’s that, that’s also part of the process, I suppose,” he said. “We are preparing for even that, a very intellectual discourse or a very aggressive or combative exchange.”

Marcos and Liberal Party bet Leni Robredo had a faceoff in March during a vice presidential forum organized by GoNegosyo, in partnership with TV5 and Philippine Star.

Robredo spoke strongly about her position against the dictatorship of Marcos’ father, the late President Ferdinand Marcos. The son came to his father’s defense by responding that all of the cases about their ill-gotten wealth are already in court.

In the latest The Standard Poll conducted by Laylo Research Strategies, Escudero and Marcos are “statistically tied” for the top spot in the vice presidential race. Escudero got a 28% preference rating, while Marcos got 25%. It had a nationwide error margin of ±1.8%.