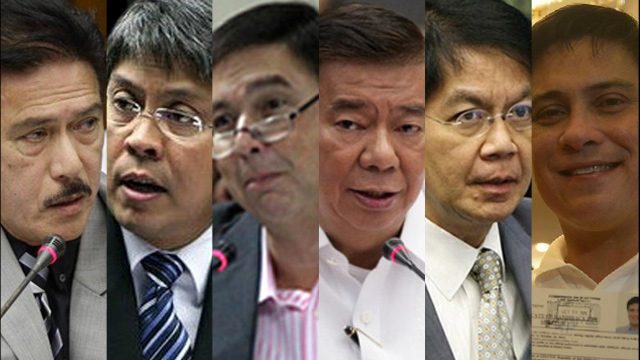 Facebook Twitter Copy URL
Copied
Sotto, Pangilinan, Recto, Drilon, Lacson, and Zubiri are among the candidates in the winning circle in the latest The Standard Poll

MANILA, Philippines – Old names are still the front runners in the 2016 senatorial race, according to The Standard Poll conducted by Laylo Research Strategies from March 26 to April 1.

Senator Vicente Sotto III, a member of the Nationalist People’s Coalition (NPC) who is running under the Poe-Escudero slate, remains the survey leader with 51% of the respondents saying they would vote for him. Among the vice presidential candidates, Senator Francis Escudero and Senator Ferdinand Marcos Jr share first place. Escudero, however, is on a gradual downward trend, based on the 3 surveys released by The Standard so far.

The Standard Poll covered 3,000 respondents, all of whom are registered voters. The poll was conducted in 79 provinces and 40 highly urbanized cities, including all cities in Metro Manila. It had a nationwide error margin of ±1.8%. – Rappler.com