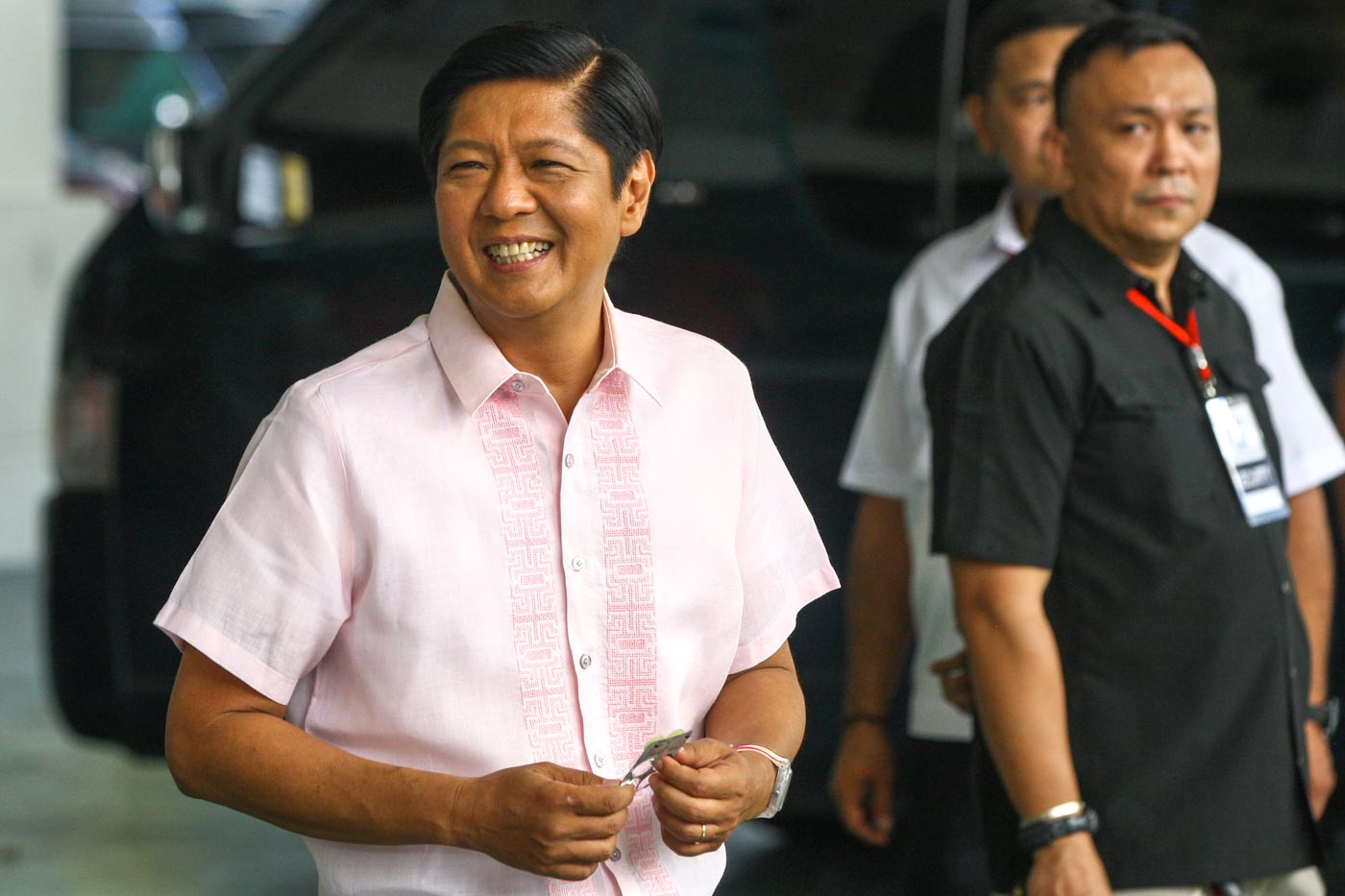 Though Marcos’ performance in the latest survey is flat – no increase or decrease compared to his previous rating – he gained the lead because Escudero’s rating dropped 7 percentage points, from 28% in the March 4-7 survey to 21% in the March 30-April 2 survey.

In a statement, the son and namesake of the late dictator Ferdinand Marcos said, “With barely a month to go before the May polls, we take this latest news as an inspiration to persevere and work even harder in the last stretch of the campaign season.”

The senator previously said that he does not rely on his survey ratings, and is working harder instead on getting the support of local leaders.

Meanwhile, Camarines Sur 3rd District Representative Leni Robredo, candidate of the ruling Liberal Party, lost 5 percentage points. She got 19% in the new survey, compared to her previous rating of 24%.

Robredo, though, is now statistically tied with Escudero, again due to the latter’s drop.

The survey was done through face-to-face interviews with 1,500 respondents nationwide – 300 each in Metro Manila, North Luzon, South Luzon, Visayas, and Mindanao. Of the 1,500 respondents, 1,377 or 92% are registered to vote.

The survey has a ±3 margin of error for national percentages, and ±6% each for Metro Manila, North Luzon, South Luzon, Visayas, and Mindanao. – Rappler.com