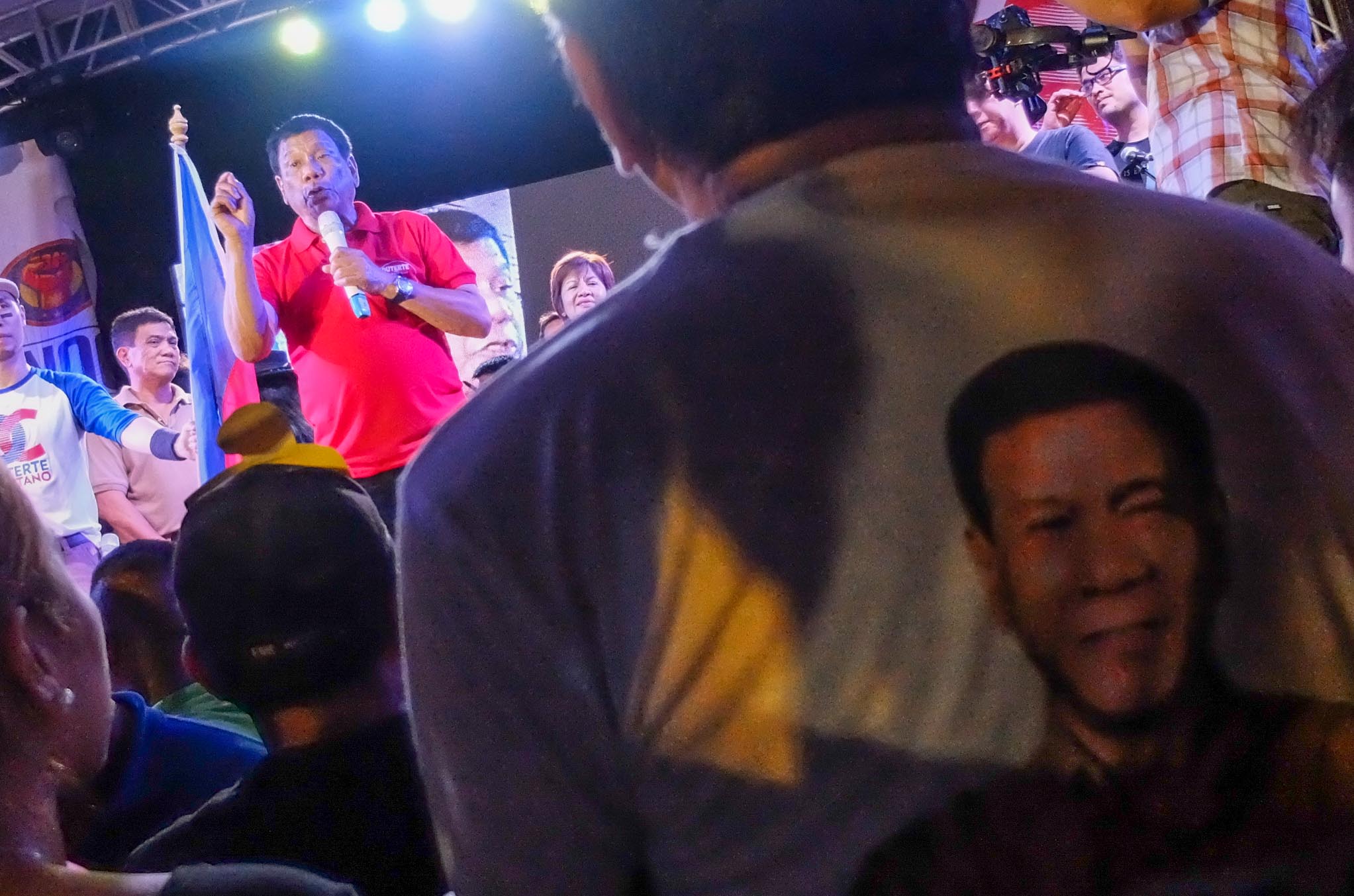 MANILA, Philippines – A YouTube video of Rodrigo Duterte joking about an Australian missionary who was raped in Davao City has gone viral.

In the video, posted on Saturday, April 16, by YouTube user Beatboxer ng Pinas, Duterte is speaking at what appears to be his Tuesday, April 12 campaign rally at the Amoranto Sports Complex in Quezon City.

The transcript of the one-minute video clip goes:

(All the women were raped so during the first assault, because they retreated, the bodies they used as a cover, one of them was the corpse of the Australian woman layminister. Tsk, this is a problem. When the bodies were brought out, they were wrapped. I looked at her face, son of a bitch, she looks like a beautiful American actress. Son of a bitch, what a waste. What came to mind was, they raped her, they lined up. I was angry because she was raped, that’s one thing. But she was so beautiful, the mayor should have been first. What a waste.)

The video clip ended at this point although Duterte still appeared to be in the middle of a speech.

It has also been flooded with comments from angry netizens.

“You don’t do rape jokes, especially if you are running for president,” says djapster.

(You have a promise of making the country crime-free in 6 months Digong! You yourself attract crime in the Philippines, you’re an animal!)

(Tasteless! No one should joke about rape because this is not a simple joke. A person with this sense of humor is rude and is sick in the head.)

According to comments on the short YouTube clip, the complete video of Duterte’s speech was first posted on the Facebook page of CinEmotion Digital Films. However, the video has been taken down as of 11 am Sunday.

The incident Duterte was referring to seems to be the 1989 hostage-taking by Felipe Pugoy, an inmate of the Davao City Police Office. Pugoy had taken hostage of missionaries who had visited the DCPO to preach.

One of the missionaries was an Australian woman named Jacqueline Hamill.

According to an August 16, 1989 story in the Chicago Tribune, Hamill and 4 other hostages were among the 20 people killed in the hostage drama in Davao City. The Chicago Tribune story reported that Hamill was “raped and had her throat slashed” by a gang inside the jail during the hostage taking.

Duterte, in his television show “Gikan sa Masa, Para sa Masa,” admitted he ordered the shooting of the hostage-takers. – Rappler.com