Zipper system: How to get more women elected 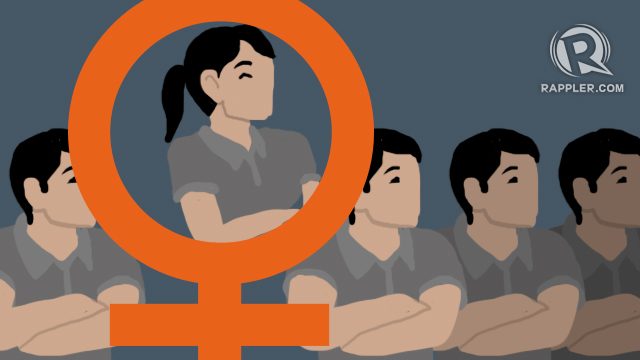 Facebook Twitter Copy URL
Copied
The system imposes a gender quota, mandating political parties to alternate female and male candidates on candidate lists. At least one party in the Philippines does this.

In a proportional representation (PR) electoral system, the number of seats that a party has in the legislature should correspond as closely as possible to the number of votes that the party has received in the election.

As explained here, PR systems are thus very different than the standard “winner takes all” or plurality systems used to elect most members of the House of Representatives in the Philippines – that is, the one candidate who wins the most votes in district becomes its representative.

Evidence from around the world demonstrates that more than plurality systems, the system of proportional representation is more likely to encourage the election of greater numbers of women candidates.

One reason for this is that parties under PR systems can nominate more women in winnable positions on their party list than if there is a single “winner takes all” contest.

However, not all PR systems are the same in this regard. The starting point is the differentiation between closed-list and open-list PR. In a closed-list system, as explained here, parties both choose and rank the candidates that appear on the ballot. Particularly if used in conjunction with gender quotas, closed party lists have been shown to produce results that are most likely to approach gender parity.

In an open-list PR system, on the other hand, voters are able to indicate not just their favored party but also their favored candidate within that party. But this system has often produced disappointing results for the representation of women in countries in which the public’s acceptance of female political leaders is low. The party can also alter the sequencing of candidates depending on the number of votes and seats it receives. Where it receives only a few votes, hence a small number of seats, male-dominated parties are able to move the men up to the elected seats, resulting in fewer women getting elected into office.

A zipper system is a gender quota used within closed-list PR systems. As the name suggests, it mandates the strict alternation between female and male candidates on candidate lists for at least one level, house, or chamber within the legislature.

These quotas can be put into place in two major ways:

Currently, 12 countries and territories with legislated candidate quotas require a strict alternation between female and male candidates on candidate lists for at least one level/house within the legislature: Bolivia, Costa Rica, Ecuador, France, Kenya, the Republic of Korea, Lesotho, Libya, Nicaragua, Senegal, Tunisia, and Zimbabwe.

Some countries also use zipper systems to ensure the representation of various minorities based on regional, ethnic, linguistic, or religious cleavages. Others in the LGBT community may someday choose to use zipper systems to promote not just gender equality but gender diversity. While the objectives differ, in each case the mandated alternation of positions on the party list is key.

The most direct way to influence the number of women in politics is to introduce formal quotas for gender representation, but the zipper system as used within closed-list PR is not the only way to do so. There can also be quotas within other electoral systems, including “winner takes all” plurality arrangements.

Legislated “reserved seats”regulate the gender composition of elected bodies by reserving a certain number or percentage of seats for women members. They are implemented through special electoral procedures.

Today, some 118 countries and territories – more than half of all those in the world – use some type of gender quota for an elected office. According to International IDEA:

How to make zipper systems stick

While zipper systems tend to result in greater representation for the minority, they do not always achieve parity.

One important requirement is to have districts with a significant number of seats. This is illustrated by the disappointing experience of Tunisia in its first election following the country’s democratic uprising in 2011. A 50-50 gender quota system required th alternation of women and men throughout the list. Because there were only a small number of seats per district, and more than 80 parties participated in the election, most parties received only one seat per district. As the bulk of these seats were filled by male representatives, the result was a parliament in which only 26% women were elected, less than under the previous regime of President Zine El Abidine Ben Ali.

Another important requirement is to ensure that the candidate list rules are enforced, for example by enforcing sanctions for those that do not comply. The sanctions may include rejecting the entire list or refusing to register the section/candidates on the list that conflict with the provisions of the law. This places pressure on the capacity of the electoral management bodies to regulate and enforce election law.

Financial sanctions are another means of trying to enforce candidate list rules, and this can include either outright penalties or the withdrawal of government subsidies to parties that violate gender parity provisions. Either way, it is essential that the sanctions have sufficient “bite” to actually enforce the rules.

Lessons for the Philippines

Comparative experience suggests that the goal of enhancing women’s political participation has been achieved quite effectively through the use of a zipper system, i.e., a closed list, proportional representation system with women and men alternating in the party list. This must be accompanied by districts of sufficient size as to ensure representation of both women and men. Also helpful is a legal threshold for political parties, through which they are unable to qualify for a seat if they do not receive a minimum (perhaps 5 per cent) of the votes cast.

Across the world, voluntary quotas are more common than mandatory quotas. Any political party can introduce gender quotas for their own lists for public elections, and there is at least one party-list group in the Philippines – Akbayan – that has voluntarily instituted a quota to ensure that at least 30% of its leadership positions are occupied by women.

In many countries, gender quotas were first introduced by individual political parties and later adopted by parliaments with binding quota regulations for all political parties. (In addition to quotas, subsidies can also be a secondary means of trying to achieve similar ends. A bill was introduced in the Philippine House of Representatives to provide political parties access to the Women’s Empowerment Fund if they include women in one-third of their party lists, but it did not prosper.)

The evidence suggests that well-organized, institutionalized parties are more likely to be able to introduce and enforce such systems. As in other areas of party building, there is a need for clear internal rules, an organizational capacity to enforce them, and standard, non-personalized practices.

All of this suggests that introducing legislated zipper systems or other forms of gender quotas may be a challenge in the Philippines, where most political parties are notoriously weak and poorly institutionalized. Given the capacity of a zipper system to promote gender equality, this may be a challenge that advocates of women’s political empowerment would nonetheless like to take on. – Rappler.com

Dr Socorro L. Reyes is regional governance adviser of the Center for Legislative Development. She was also the former chief of the Asia-Pacific and Arab States of UNIFEM (now UN WOMEN).