Apr 21, 2016 11:12 AM PHT
Paterno Esmaquel II
Facebook Twitter Copy URL
Copied
(3rd UPDATE) Philippine investigators say the IT graduate was arrested in his house in Sampaloc, Manila, in the evening of April 20 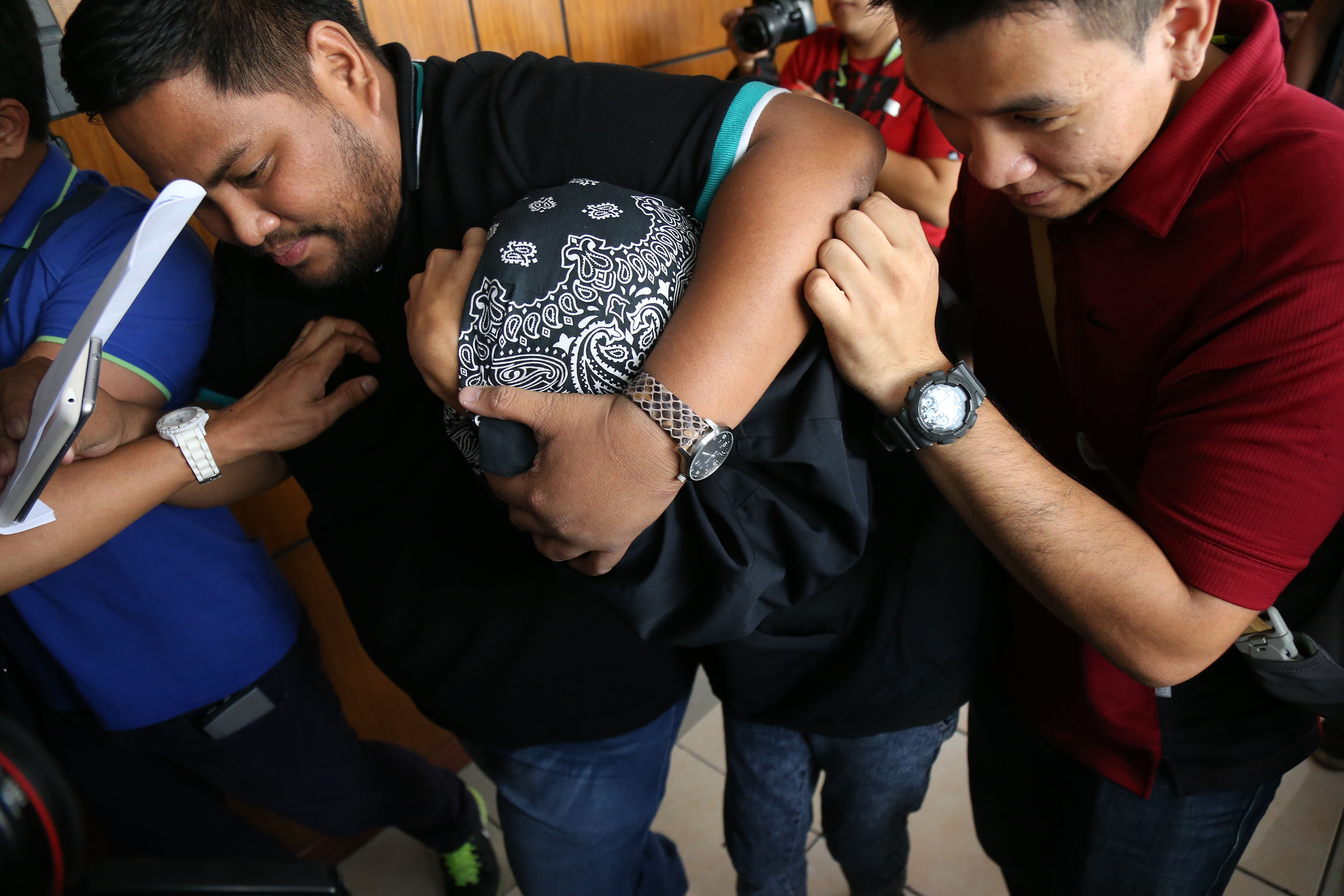 MANILA, Philippines (3rd UPDATE) – Fresh from college, a 23-year-old information technology graduate admitted that he hacked the Commission on Elections (Comelec) website, leading to the biggest leak of personal data in Philippine history.

The suspect was arrested on Wednesday evening, April 20, in his house in Sampaloc, Manila.

Comelec Chairman Andres Bautista confirmed on Thursday, April 21, that the suspect remains in the custody of the National Bureau of Investigation (NBI).

Bautista refused to disclose the suspect’s identity until charges have been filed against him.

Possible cases against the hacker include a violation of the Cybercrime Prevention Act of 2012.

Before a news conference on the arrest, journalists saw the alleged hacker being escorted out of a media briefing room at the NBI at past 11 am on Thursday.

The suspect’s head was covered with a black handkerchief as men purported to be NBI personnel shielded him from reporters.

Ronald Aguto Jr, chief of the NBI cybercrime division, said the suspect was arrested Wednesday evening, April 20, in his house on the basis of a search warrant.

‘No intention to harm’

Now, Aguto said, “He’s very cooperative and I think he has the intention of helping the agency.”

The NBI official added that based on their investigation, the suspect just wanted to show the “vulnerability” of the Comelec website. He said he has “no intention to harm.”

The suspect said he only wanted to ensure that the Comelec will implement the security features of vote-counting machines (VCMs), Bautista said.

(I told him and assured him that all security features stated in our automated election law will be implemented in the 2016 elections. I told him that he didn’t need to do the hacking. If he just wrote us and addressed the letter to us, we would have immediately addressed his concerns.)

Bautista said the suspected hacker has two accomplices whom he met through social media.

His accomplices remain at large. – Rappler.com