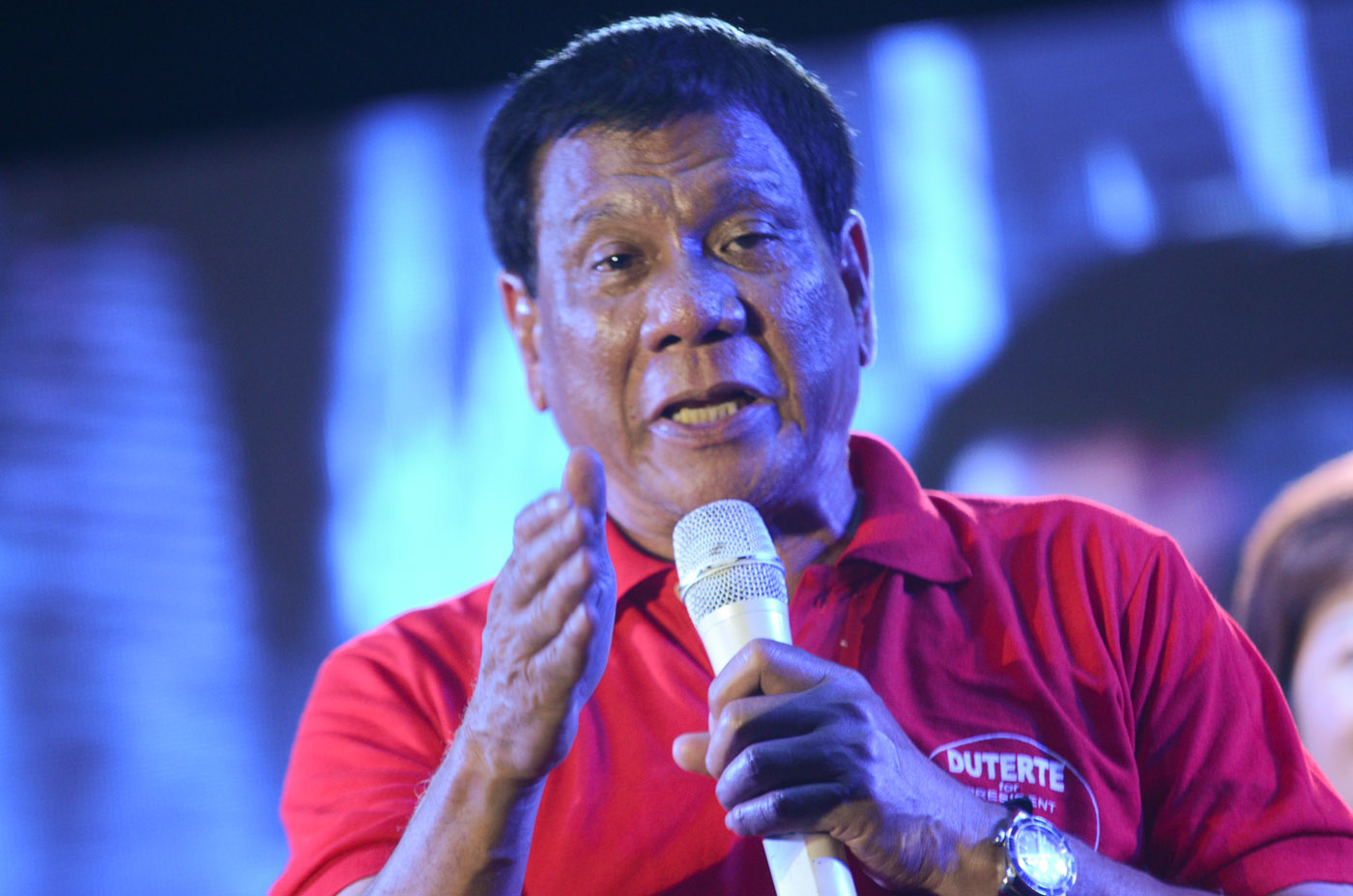 MANILA, Philippines (3rd UPDATE) – If trends continue, he may well be the next Teflon president. Even after his controversial comment on rape, Davao City Mayor Rodrigo Duterte is the favored presidential bet of 35% of registered voters nationwide.

The latest results from Pulse Asia Pulso ng Bayan nationwide survey show Duterte is the top choice in Metro Manila (40%), Mindanao (58%), and is popular across all socio-economic classes – favored by 43% among the well off and 40% among the poor. 32% of those who belong to class D also want him to be president.

Only 2% of registered voters said they want Senator Miriam Defensor-Santiago to win as president. The percentage of undecided voters stands at 5%. 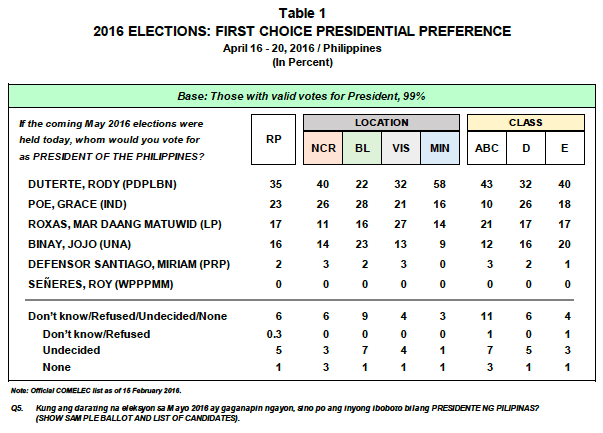 The Pulse Asia survey was conducted from April 16-20, 2016. This period covered Duterte’s comment on rape during a campaign sortie and the final decision of the High Court throwing out all motions for reconsideration on its earlier ruling regarding Poe’s presidential run.

The conduct of the survey (which had a sample of 1,800 registered voters of 18 years and above, with biometrics) also coincided with the clash between protesters and police in Kidapawan City, Cotabato Province on April 1, and the hacking of the Comelec website.

Pulse Asia said levels of non-support for any presidential bet range from 3% in Mindanao to a high of 9% in the rest of Luzon. Among socio-economic classes, 4% in Class E have no choices, while a much higher 11% among Class ABC are not supporting anyone for president.

In a previous March 8-13 survey of Pulse Asia commissioned by ABS-CBN, Duterte registered a preference rating of 25% compared to Poe’s 26%. The two were practically tied. 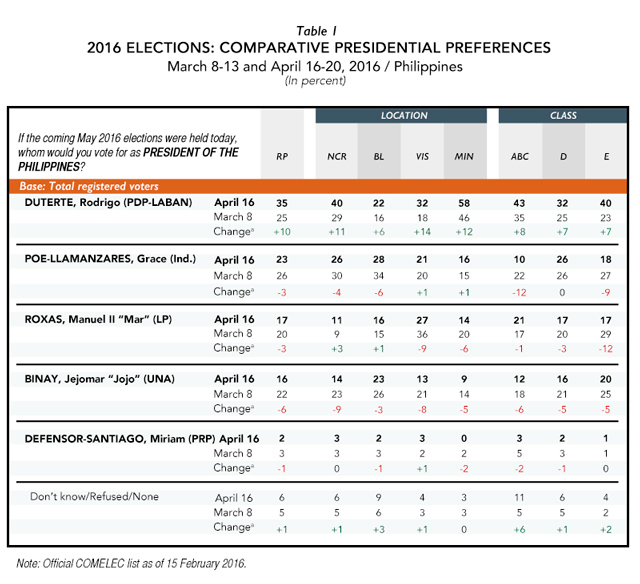 Duterte’s biggest gain among geographic areas was in the Visayas, the bailiwick of Roxas. He further consolidated support in Mindanao, his area of strength. He also drew more supporters in the National Capital Region. Compared to the last survey, he also gained more voters across all socio-economic classes.

For her part, Poe’s biggest drop was in the Balance of Luzon, where she dropped by 6 percentage points. Compared to the previous survey, she also lost supporters among the ABC and E classes. Roxas, on the other hand, dropped the most in his own turf, the Visayas (-9 percentage points), and among Class E (-12 percentage points).

Geographically, Binay’s biggest losses were in Metro Manila and the Visayas. He also suffered from drops almost equally across all socio-economic classes.

If the voter’s first choice for president does not push through with his or her candidacy for whatever reason, Poe will be the main beneficiary, as 32% of registered voters said they would instead vote for her. 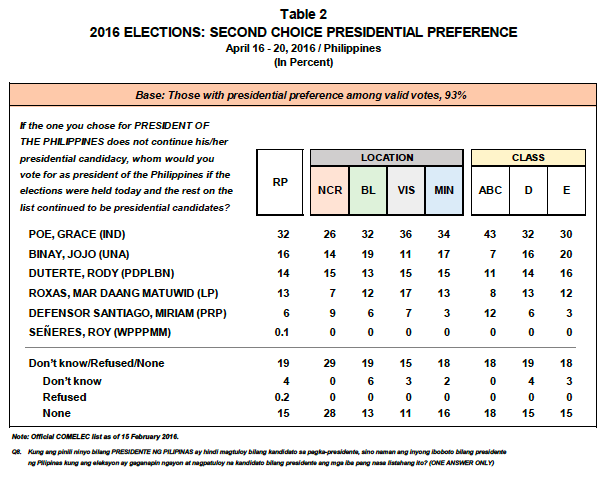 Binay (16%), Duterte (14%), and Roxas (13%) are the alternative presidential bets. Santiago is the second choice for president of 6% of registered voters.

Almost two out of 10 registered voters, about 19%, would not vote for any other candidate if their preferred candidate withdraws or does not pursue his or her candidacy.

As an alternative preferred presidential candidate, Poe leads the rest except in Metro Manila. She is the top second-choice preference in the rest of Luzon (32%), the Visayas (36%), Mindanao (34%). The same preference holds for all socio-economic classes (30% to 43%).

In Metro Manila, 29% said they do not have a second choice for president, while 26% said they wanted Poe as their alternative candidate. Non-support is more pronounced also in Metro Manila than in other geographic areas.

Elections on May 9 are less than two weeks away. – Rappler.com