Grace Poe denies quitting race to give way to Roxas MANILA, Philippines – Presidential bet Grace Poe on Thursday, May 5, denied rumors that she is withdrawing from the presidential race to give way to another candidate.

While not naming anyone, Poe was apparently referring to administration standard-bearer Manuel Roxas II, who, after months of lagging in pre-election surveys, is now statistically tied with her for the second place.

Poe said she had been receiving messages from people asking if she had indeed withdrawn her candidacy.

(First of all, a survey was released showing they have a chance. They have not yet received the new survey wherein I got ahead of them again. They just issued a statement ‘we’re only two in this fight.’ This is never about just the people running, this is not about him.)

Roxas and his camp claimed the momentum is now on their side and that the fight on May 9 will be between him and Davao City Mayor Rodrigo Duterte, the front runner.

In her Twitter account, Poe said she would not withdraw in favor of a candidate who is a “failure” and who would not win. Poe has repeatedly criticized Roxas’ inefficiency while in government. 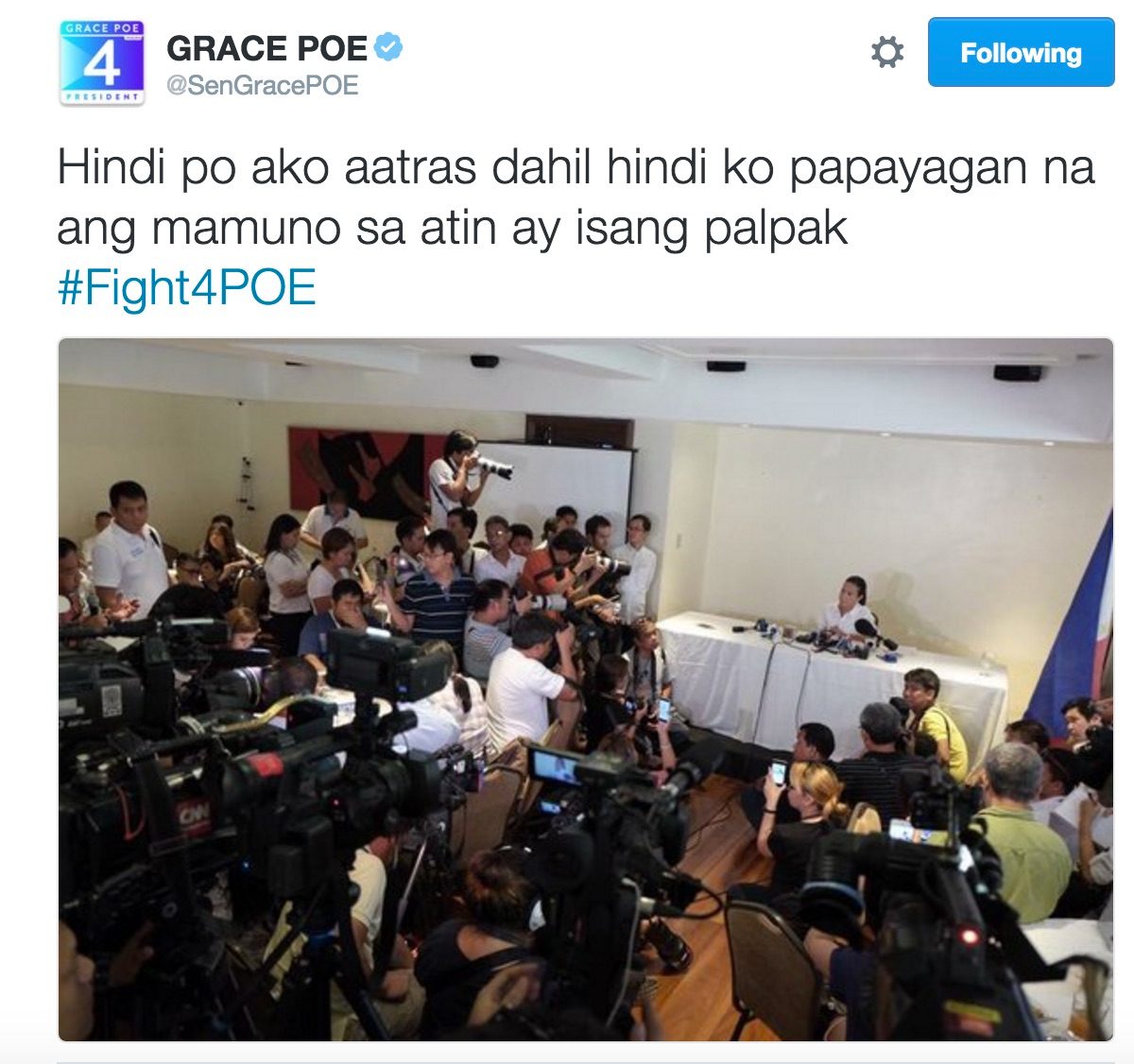 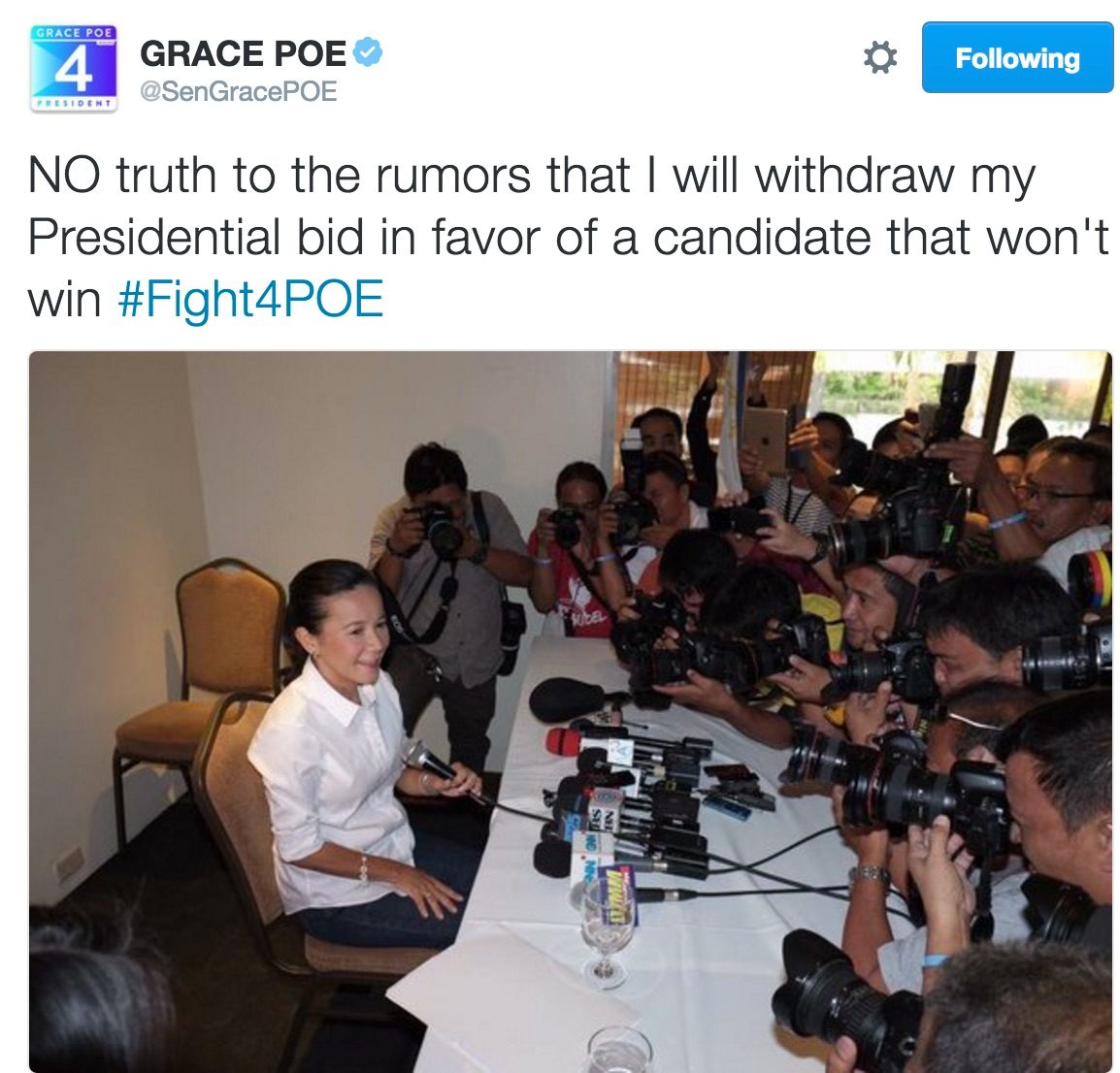 The neophyte senator was firm in saying she would not pull out of the race. Poe asserted she would not be a “sell-out” and would never trade Filipinos’ “beliefs and aspirations” for anything.

(So to those saying that I should give way so that only two would fight it out, who are they to say limit the people’s choices?)

(We are not a syndicate that make deals with anyone. This is not a transaction to sell the dreams of our countrymen.)

Poe appeals to voters not to vote Duterte

Poe was on a fighting mood on Thursday, as she continued to hit 3 other contenders: Roxas, Vice President Jejomar Binay, and her closest rival Duterte.

Four days before the election, Poe made a last-ditch appeal to the public not to vote for Duterte, calling him a “berdugo” or an executioner. The tough-talking mayor has been accused of extrajudicial killings in Davao City.

Recent surveys show that Poe, front runner for a long time, is now trailing Duterte by 7 to 11 percentage points nationwide.

(What an executioner means is a person who has a covered face, whom we cannot recognize, but he is victimizing our own people. They hang our people and they pressure them all the more.)

Poe implored the help of Filipino parents to think twice for their children, saying a Duterte presidency would threaten the country – a line that Binay had been saying in rallies since Duterte started topping surveys.

(An executioner who threatens us or a government we fear will not give us what we dream of. This is like a pill that could make our condition worse.) – Rappler.com