Duterte open to lifting cap on foreign ownership of firms 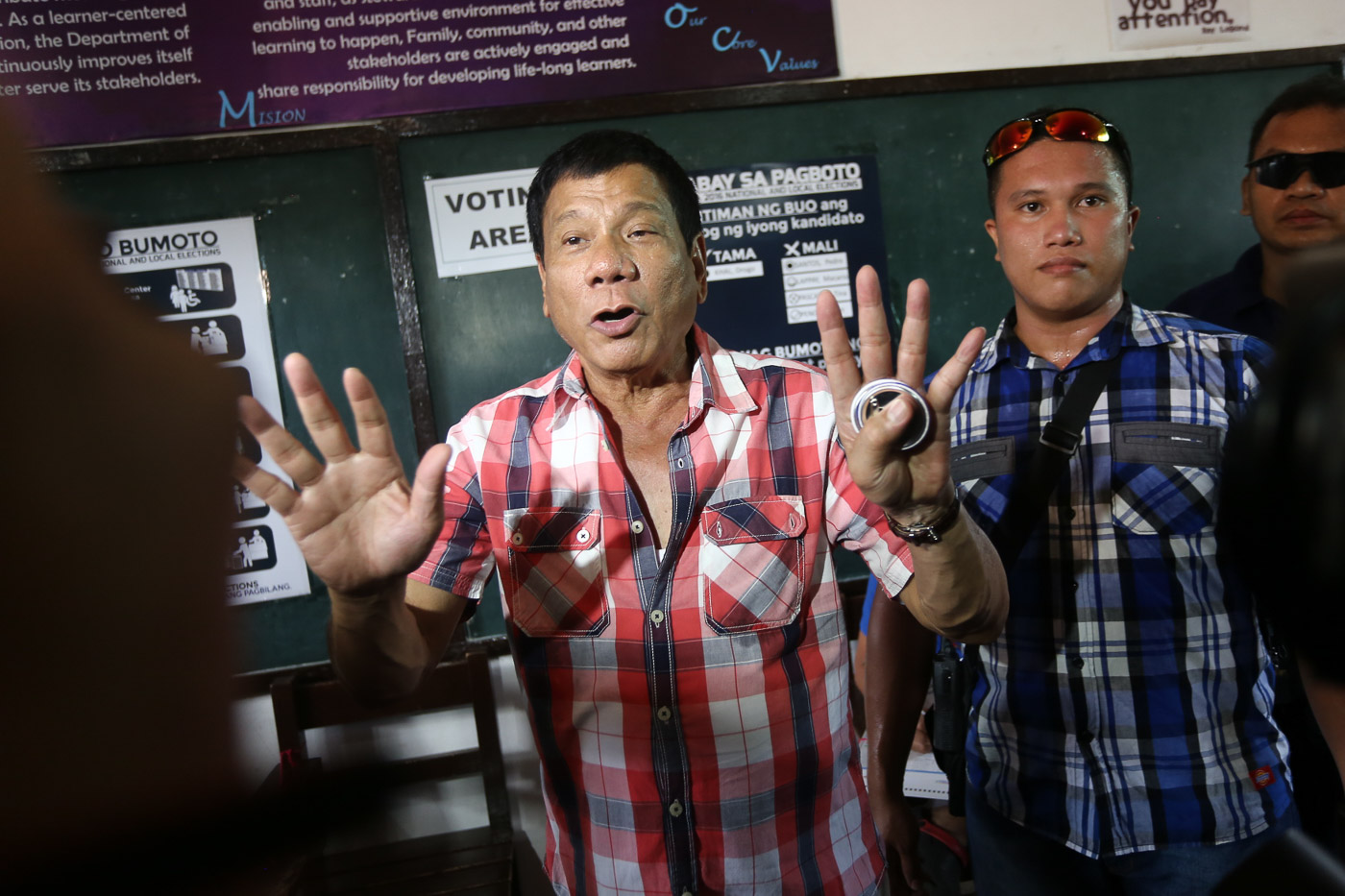 MANILA, Philippines – A Duterte presidency is open to lifting the Charter’s restriction on foreign ownership of Philippine corporations.

This was among the plans revealed by presidential race front-runner Rodrigo Duterte, after being asked what he intends to do in the first 100 days of him in office.

“Maybe we can tinker with the Constitution now about changing or amending the 60-40 to make them (foreign investors) comfortable,” he told Rappler in a live interview after the closing of polling precincts Monday, May 9.

Full ownership of corporations in the Philippines is reserved for Filipino citizens. The 1987 Constitution limits foreign ownership at 40%.

Foreign investors intending to circumvent the law currently use Filipino citizens as dummies in foreign-funded corporations operating in the Philippines.

While Duterte intends to liberalize the entry of foreign investments in the country, he said he does not want to touch the constitutional limit on foreign land ownership.

Popular for his strong anti-crime stance, the Davao City mayor is at a comfortable lead in the latest vote transmission Monday evening.

Duterte said he will ensure a business environment that is friendly to foreign investors if elected president.

“I will open investments. If possible, in every region, I’ll have economic zones. And the foreigners can come, and they’ll have the same protection. I guarantee them profits that will be swiftly returned to them,” he said.

Duterte ran under a platform of fixing a broken system, promising change to the 54 millions registered Filipino voters and brushing aside economic gains under the current administration as mainly benefitting the elite.

Duterte provided himself a timeline of less than a year in ending corruption, crime, and drug proliferation in the country.

The presidential race leader, however, promised to work with government officials across party lines if he becomes president.

“As I said before, I will do everything to serve the interest of the Filipino people, even if it would cost me my life, honor, and the Office of the President,” he said.

Jokes taken out of context

Dubbed as the “Trump of the East,” Duterte as a political character has drawn international bewilderment due to his mass appeal in spite of his shocking remarks on rape, association with mass killings of suspected criminals, and profanity-laden speeches.

In the Rappler interview, he clarified that his words had been taken out of context, adding that his remark about hoping to have been first in line during the gang rape of an Australian missionary was simply “slang” talk.

“Well, I have a bad mouth,” he admitted.

He slammed Philippine media for being a “garbage collector,” advising them to “revisit journalism.”

He said such “dirty” tactics is “part of the territory of politics.” – Rappler.com