Comelec on change in hash code: ‘No cheating’ 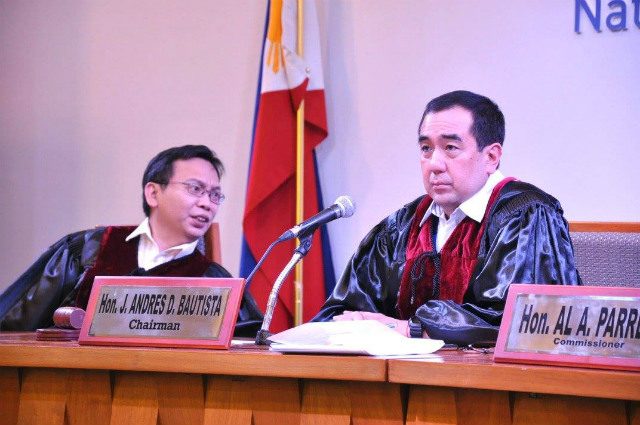 MANILA, Philippines (UPDATED) – The Commission on Elections (Comelec) on Thursday, May 12, denied insinuations of cheating after a “cosmetic” change in part of the system that receives election results from vote-counting machines (VCMs).

This comes after the camp of Senator Ferdinand Marcos Jr, who trails Camarines Sur Representative Leni Robredo in the vice presidential race, suggested cheating after this change in part of the system.

The Marcos camp claimed on Wednesday, May 11, that a change in the system hash code coincides with a dubious rise in Robredo’s votes.

The change involves the hash code of the data package containing election results received by the Comelec Transparency Server.

The hash code is considered the fingerprint of any software.

The Transparency Server, on the other hand, is one of 3 servers receiving election results from VCMs.

Data from the Transparency Server are accessible to accredited media outfits, election watchdogs, and political parties.

In the case of vice presidential candidates such as Robredo and Marcos, only Congress sitting as the National Board of Canvassers can officially tally their votes.

In this context, Bautista assured the public on Thursday that the change, which is “cosmetic” in nature, will not affect election results.

He said it only involves the letter “ñ,” which is common in many Filipinos’ surnames.

Bautista said Smartmatic tweaked a program so that the letter “ñ” will appear as it is in the data package containing election results.

Before making this change, the program displayed the letter “ñ” as a question mark.

In an urgent memorandum on Wednesday, Comelec information technology (IT) officer Rouie Peñalba said it was Robert Locke, member of the Rappler IT staff, who approached the Comelec “and asked why the data package contained a special character ‘?’ in the name of a candidate.'”

Locke clarified with the Comelec IT staff if the “?” was supposed to be an “Ñ.”

Peñalba said he initially asked Smartmatic’s Neil Banigued about this.

He added: “Mr Marlon Garcia also from Smartmatic came and immediately verified if the data package contains a ‘?’. He confirmed that the data has a ‘?’ in the name of a candidate. He then made the necessary modification on the script and corrected the ‘?’ to an ‘Ñ’ right away.”

“I did not instruct Mr Garcia to change the script because I do not have the authority to do it,” Peñalba said.

He said he and Garcia announced to those in the Transparency Server Room, located in Pope Pius XII Catholic Center in Manila, that this change was made. He said no one in the room objected.

Robredo’s lawyer, Romulo Macalintal, told reporters on Thursday that he is sure the change was made in good faith.

The veteran election lawyer said: “If it didn’t change the results, there is no problem. It’s just a matter of procedure. Then the substantive issue had not been destroyed.” – with reports from Michael Bueza/Rappler.com