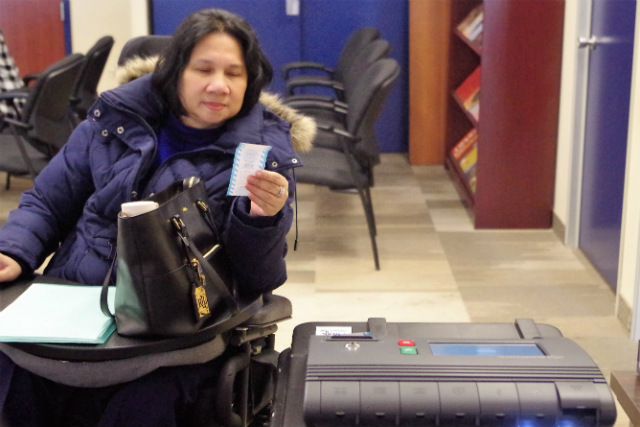 MANILA, Philippines – It’s the biggest turnout of overseas Filipino voters in a decade.

The Commission on Elections (Comelec) on Saturday, May 14, said the overseas voter turnout this year is 31.45%.

In a news conference, Comelec Commissioner Arthur Lim said 432,706 overseas Filipinos voted during the OAV from April 9 to May 9.

The total number of registered overseas Filipino voters is 1,376,067.

The voter turnout this year is the highest after 2004, the first year that the Philippines held overseas absentee voting.

Below is the voter turnout in previous years of overseas absentee voting:

Lim told reporters on Saturday that all 58 certificates of canvass (COCs) from 82 overseas posts have been sent to the National Board of Canvassers.

“As to how this will affect the results in the vice presidential elections, we will all know that after our Congress shall have canvassed the results,” Lim said.