May 19, 2016 4:40 PM PHT
Jee Y. Geronimo
Facebook Twitter Copy URL
Copied
On her 3rd try, the former party-list representative wins a Senate seat, saying, '[The] world is on its way when 15 million of you decided that an ordinary person can make it to the Upper Chamber' 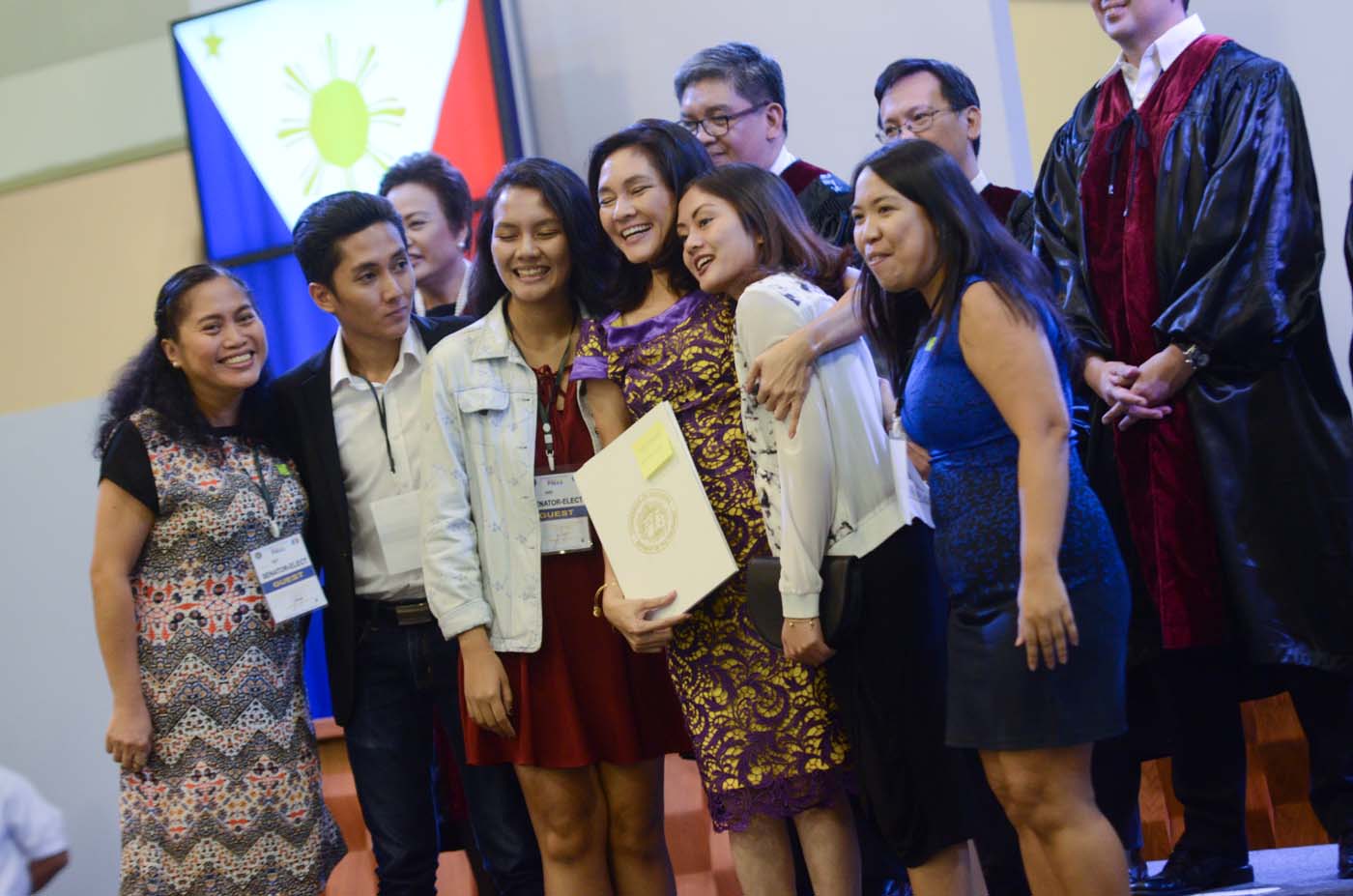 MANILA, Philippines – “I am within striking distance of the Magic 12,” former Akbayan Representative Ana Theresia “Risa” Hontiveros said after filing her certificate of candidacy in October 2015. “I am confident that this time, we will win.”

And win she did.

The Commission on Elections (Comelec), sitting as the National Board of Canvassers officially proclaimed Hontiveros as a senator of the Philippines on Thursday, May 19, or 10 days after the elections.

After a week of canvassing that took place at the Philippine International Convention Center, official election results placed Hontiveros at 9th place in the senatorial race, with 15,915,213 votes.

This is her 3rd try for a Senate seat, after she lost in the 2010 national elections and the 2013 midterm elections. She ran under the banner of the ruling Liberal Party.

Hontiveros served as Akbayan representative from 2004 to 2010, and took her oath of office as director of the Philippine Health Insurance Corporation (PhilHealth) in June 2015.

Despite her short stint at PhilHealth, universal health care has been at the forefront of Hontiveros’ 2016 campaign.

Below is her proclamation statement:

On this beautiful day, let me quote one of my favorite authors Arundhati Roy, “Another world is not only possible; she is on her way.”

That world is on its way when 15 million of you decided that an ordinary person can make it to the Upper Chamber. You and me, we defied gravity.

I am humbled, I am overwhelmed, I am grateful. But know this: I am ready. Let’s get this on.

The so-called Magic 12 is composed of 5 Senate first-timers, 3 reelectionists, and 4 returning senators: