Robredo to assure Duterte of ‘100% support’ 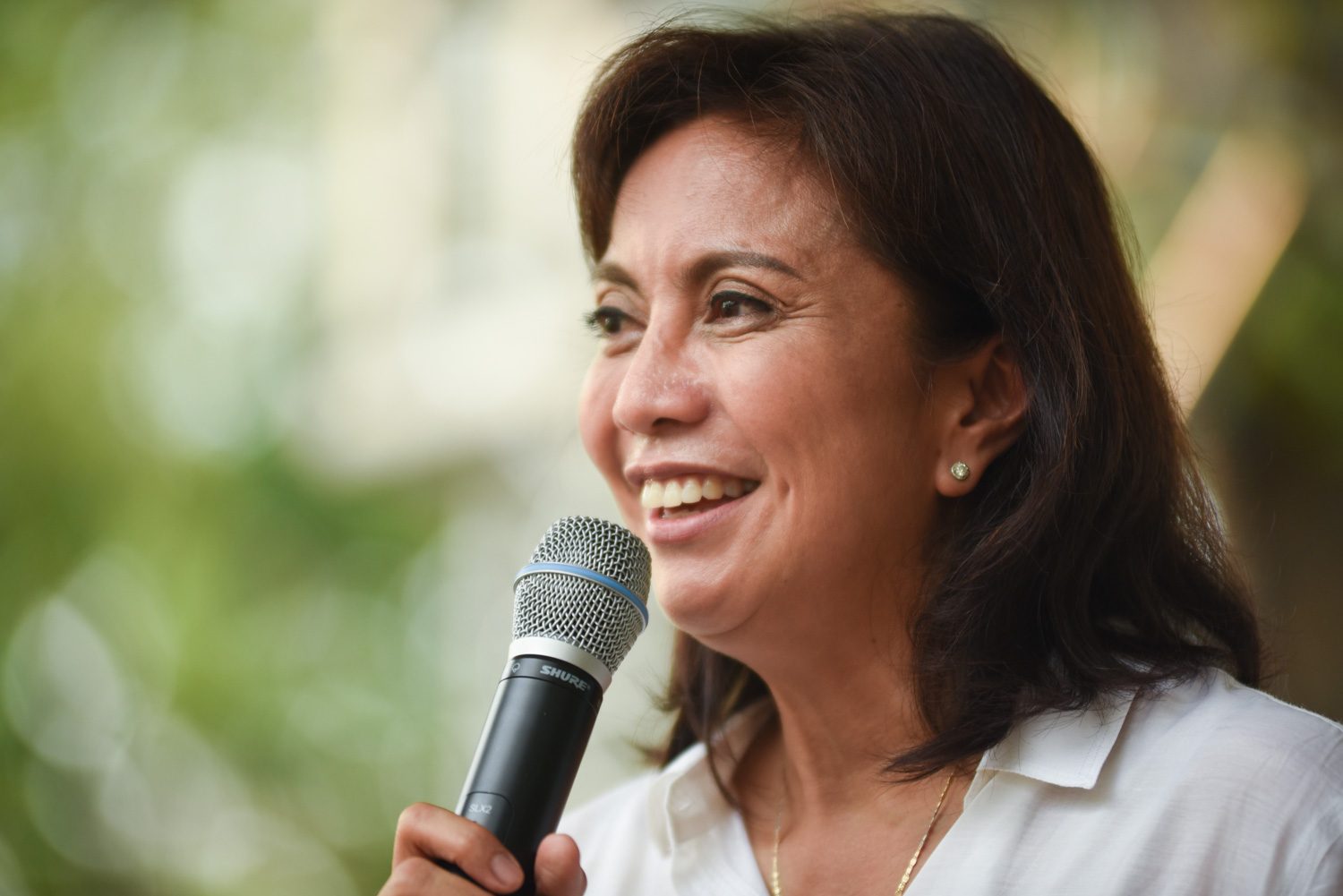 MANILA, Philippines – Vice President-elect Leni Robredo will seek a courtesy visit to President-elect Rodrigo Duterte after they are officially proclaimed as winners in their respective electoral races next week.

Robredo made the statement  in a media interview on Saturday, May 28. She said that the first thing she would do when she finally meets Duterte is to personally assure him of her “100% support and cooperation.”

(I think it’s only proper that I assure him that he has my 100% support and cooperation. That is my obligation to our nation. It’s not just an obligation to President-elect Duterte but an obligation to the people, that we get along. The people would benefit from this.)

Responding to questions in a media interview on election day, May 9, Robredo said that if she and Duterte won, she would perform her role as a supportive vice president but she would not compromise when it comes to human rights issues.

Robredo ran under the ruling Liberal Party’s Daang Matuwid coalition while Duterte was the PDP-Laban standard-bearer.

On the last day of canvassing of votes in Congress on Friday, Duterte won as president with 16,601,997 votes; Robredo topped the tight vice presidential race with 14,418,817 votes. (READ: Robredo wins as VP on late husband’s birthday)

Robredo said it never crossed her mind to reach out to the Duterte camp when the official canvassing of votes in Congress was still ongoing.

(I think it would be presumptuous and premature on my part to present myself as his vice president without being proclaimed first. But after Monday, if the proclamation is on Monday, I’ll find a way to at least assure him that he can count on my support.)

Robredo also said that she would focus on “transitioning” into her new role and learning about her new office after her proclamation.

(I’ll review the changes that have to be made. I can’t do that now even if I wanted to because my victory is not yet official. But maybe after Monday, I will devote my time to that.)

Asked about her possible Cabinet post under the Duterte administration, Robredo said she would only express her preference if asked, as she has no right to demand anything from the incoming president.

“Whatever he decides, we will respect it,” said Robredo, a volunteer labor and human rights lawyer before she entered politics.

During the campaign, Duterte joked that she would appoint Robredo as “assistant president.”

Asked about the changes in their lives – hers and her 3 daughters’ – as she embarks on a new role, Robredo said they would all just have to adjust to a more public life.

Robredo said her children had asked her to promise them that their life would not change if she won, and while she made the promise, she knew that it would be difficult to fully achieve.

(I promised them that but of course, it can’t be 100% because we would lose our privacy. But I know my children; they can adjust easily.)

She noted that her children were initially against her vice presidential bid but they all worked hard to campaign for her.

What would happen to her practice of taking the public bus to and from Naga?  Robredo said she might have to reconsider it for security reasons as well as for the convenience of her fellow passengers.

(If I’ll be allowed to do it with minimum inconvenience to the other passengers, I prefer to take the bus. But that’s something that I would have to discuss with the people who will secure me.)

She said, however, that she hopes that there would be some “common ground that would blend the necessity [of my new office] and my comfort level as well.”

Robredo said President Benigno Aquino III sent her a congratulatory text message on Saturday morning, as did many others in and out of government.

Also on Saturday, Palace Communications Secretary Herminio Coloma Jr said in Filipino that Robredo “symbolizes the strength of the Filipino woman in national leadership, borne by her firm advocacy for the welfare of the poor.”

In a separate interview, Robredo’s eldest daughter thanked all those who supported her mother, especially their fellow Bicolanos for proving that there is a “Bicolano vote.” (READ: Robredo tells supporters: Win impossible without you)

Asked about Robredo’s critics on social media, Aika said they would rather focus on thanking their supporters. (READ: Social media on Leni Robredo’s win: ‘The best woman won’)

(We know – even when our Dad was mayor – you can’t please everyone; there would always be some people who would not like you. Now that my Mom will become VP, she won’t only be the VP of the 14 million who voted for her, but she will also be the VP of those who did not vote for her.) – Rappler.com