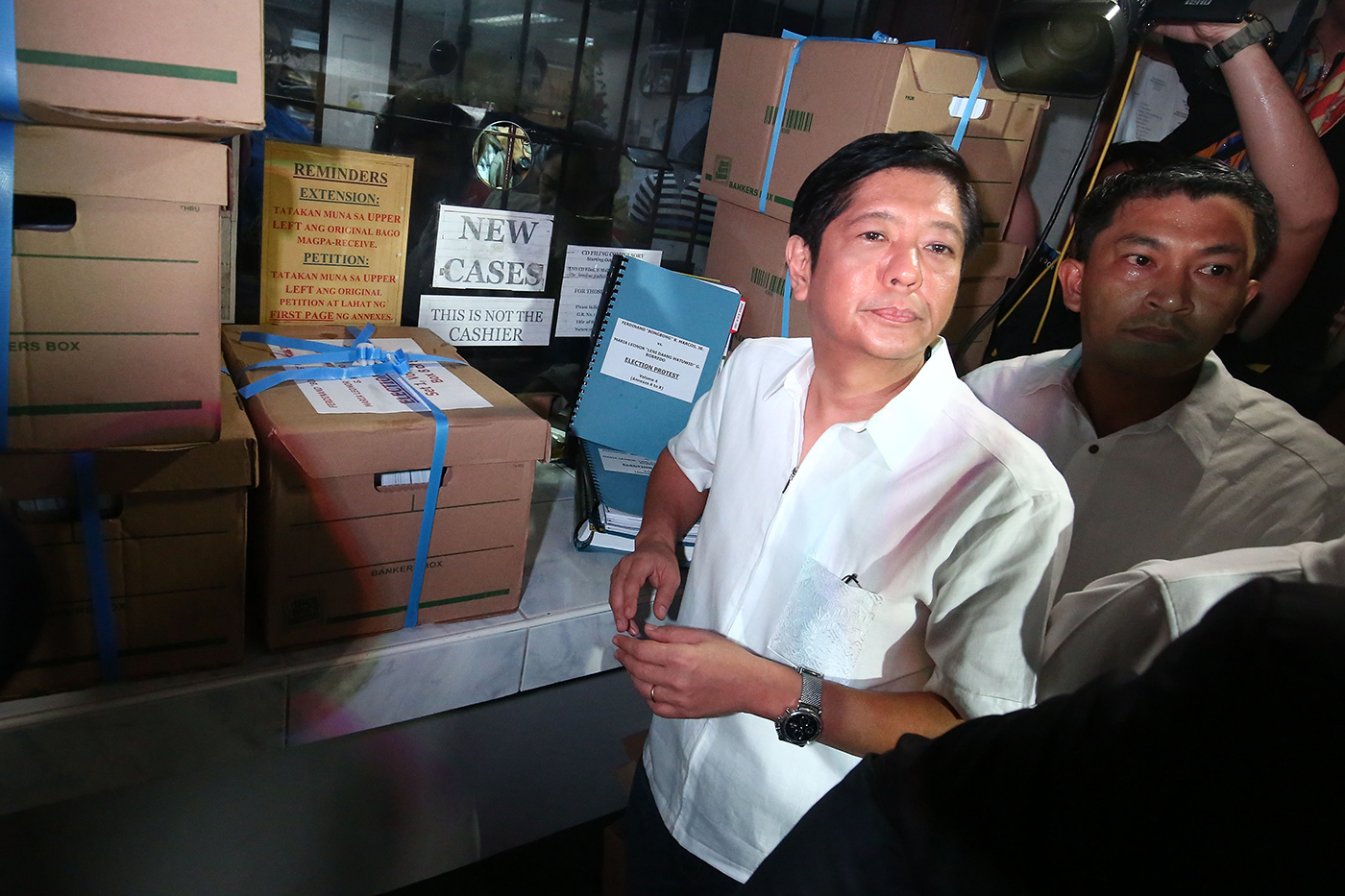 It was the eve of Robredo’s oath-taking as vice president of the Philippines.

Marcos filed his election protest before the Supreme Court sitting as the Presidential Electoral Tribunal.

His lawyer, George Garcia, said they are seeking a recount in 27 provinces and cities covering 36,000 precincts. They also want the results in Basilan, Maguindanao, and Lanao del Sur nullified.

In a news conference after the filing, Marcos said they have both documentary and testimonial evidence to prove there was poll fraud.

(We’re the laughingstock of the world because the cheating is so obvious. Even if the public knows they have cheated, they remain silent… They’re satisfied because they got the outcome they wanted.)

Marcos also said that even his non-supporters have been coming forward with supposed evidence.

(We’ve even received a letter saying, “I did not vote for you, but I know you were cheated… here’s the evidence.” This is no longer about me. This is about the millions of votes that were lost.)

(To my supporters, we will not stop until your votes have been properly counted.)

Right after the May 9 elections, Marcos had insinuated fraud.

During the 3-day canvassing of votes in Congress in May, the main issue raised by Marcos’ camp were the supposed 3 million “undervotes” that, according to them, remained “unaccounted for.”

Robredo’s camp, however, said it is normal to have undervotes in any elections. A co-chair of the joint canvassing comittee, Senator Aquilino Pimentel III, also dismissed having undervotes as a “non-issue” during canvassing. (READ: Election data quash Marcos’ cheating pattern claim)

In deciding to file an election protest, Garcia previously said one of the factors considered by the Marcos camp was the cost.