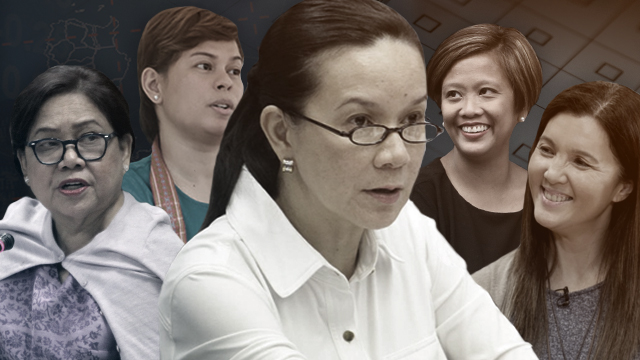 MANILA, Philippines – If elections were held in the first week of September, the top 5 seats in the Senate would go to women, according to Pulse Asia’s latest Ulat ng Bayan survey on the 2019 senatorial elections, released on Saturday, September 22.

Based on the survey held from September 1 to 7, only 49% of Filipinos already have 12 preferred senatorial candidates for the May 2019 elections.

“If the May 2019 elections were held during the survey period, 17 out of the 66 individuals included in Pulse Asia Research’s September 2018 electoral probe would have a statistical chance of winning,” Pulse Asia said.

Senator Grace Poe is again leading the pack with a voter preference of 70.1% – a statistical ranking of solo first place – followed by Senator Cynthia Villar with 57.7% and Taguig City Representative Pia Cayetano with 54.4%.

Here are the probable winners in the Senate race, if elections were held during the survey period: 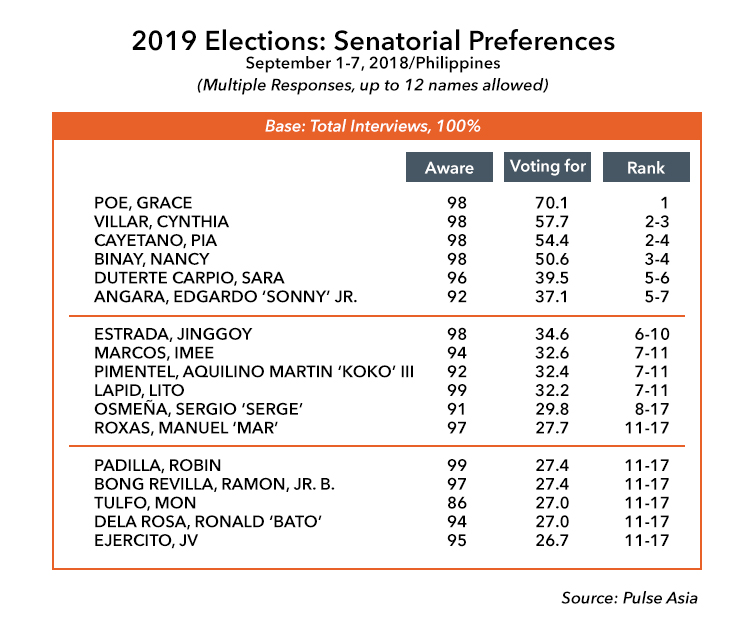 Other members of in the initial opposition Senate list who were included in the survey ranked as follows:

Meanwhile, below are the rankings of those among PDP-Laban’s “very possible” senatorial slate:

During the survey period, among the major issues were President Rodrigo Duterte’s Proclamation No 572 ordering the voiding of the amnesty granted to opposition Senator Antoio Trillanes IV and his arrest.