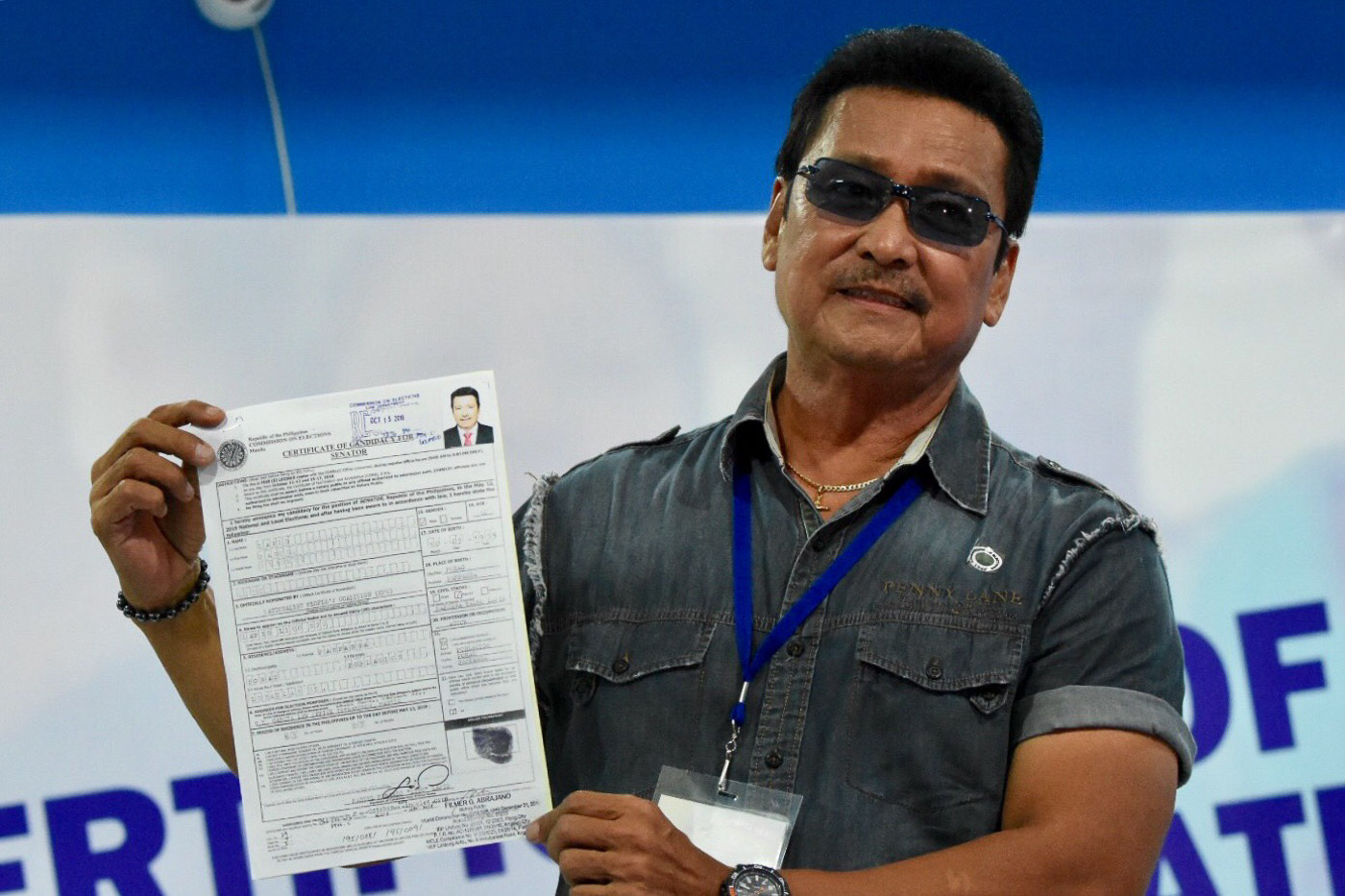 Lapid filed his Certificate of Candidacy on Monday, October 15 at the Commission on Elections in Manila.

He initially refused to take questions from reporters. “Huwag na pareho lang sasabihin ko, joke,” he said. (No need for questions, I will just say the same things. Joke.)

Asked what he intended to do at the Senate, the former senator only said: “Wala ituloy lang natin yung dati natin… yung hindi natin natuloy.” (Nothing, we will just continue what we were not able to continue before.)

Lapid, formerly with the Lakas-Kampi party under the Arroyo administration, has now joined the Nationalist People’s Coalition.