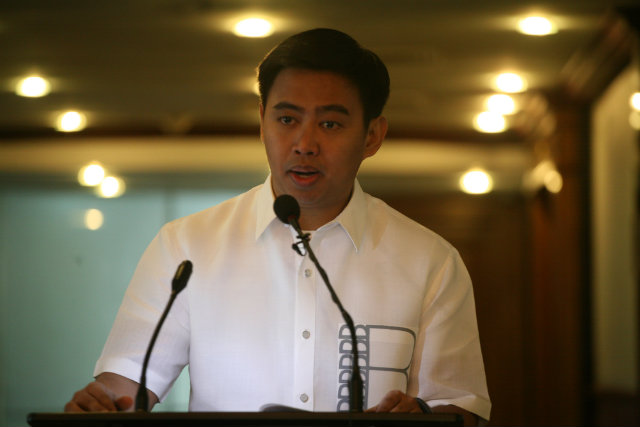 He is expected to challenge his sister, reelectionist Mayor Abigail “Abby” Binay.

Binay was accompanied by his eldest sister, Senator Nancy Binay, when he filed his COC.

He earlier said that he “strongly considered” running for mayor, even if it meant going against his sister.

Abby earlier told Junjun to “give her a chance” to run for mayor again without him opposing her. She warned that the electoral battle would “divide” their family even after the polls.

Their father, former vice president Jejomar Binay, distanced himself from the sibling rivalry, saying that he would let the Makati voters decide. The Binay patriarch will run for 1st District congressman in 2019.

Abby then ran for mayor and won in the 2016 polls.

In May 2018, the Court of Appeals overturned Junjun’s dismissal. Junjun said he can run again for mayor since there is no final and executory decision from the Supreme Court yet, an argument Abby dismissed. – Michael Bueza/Rappler.com