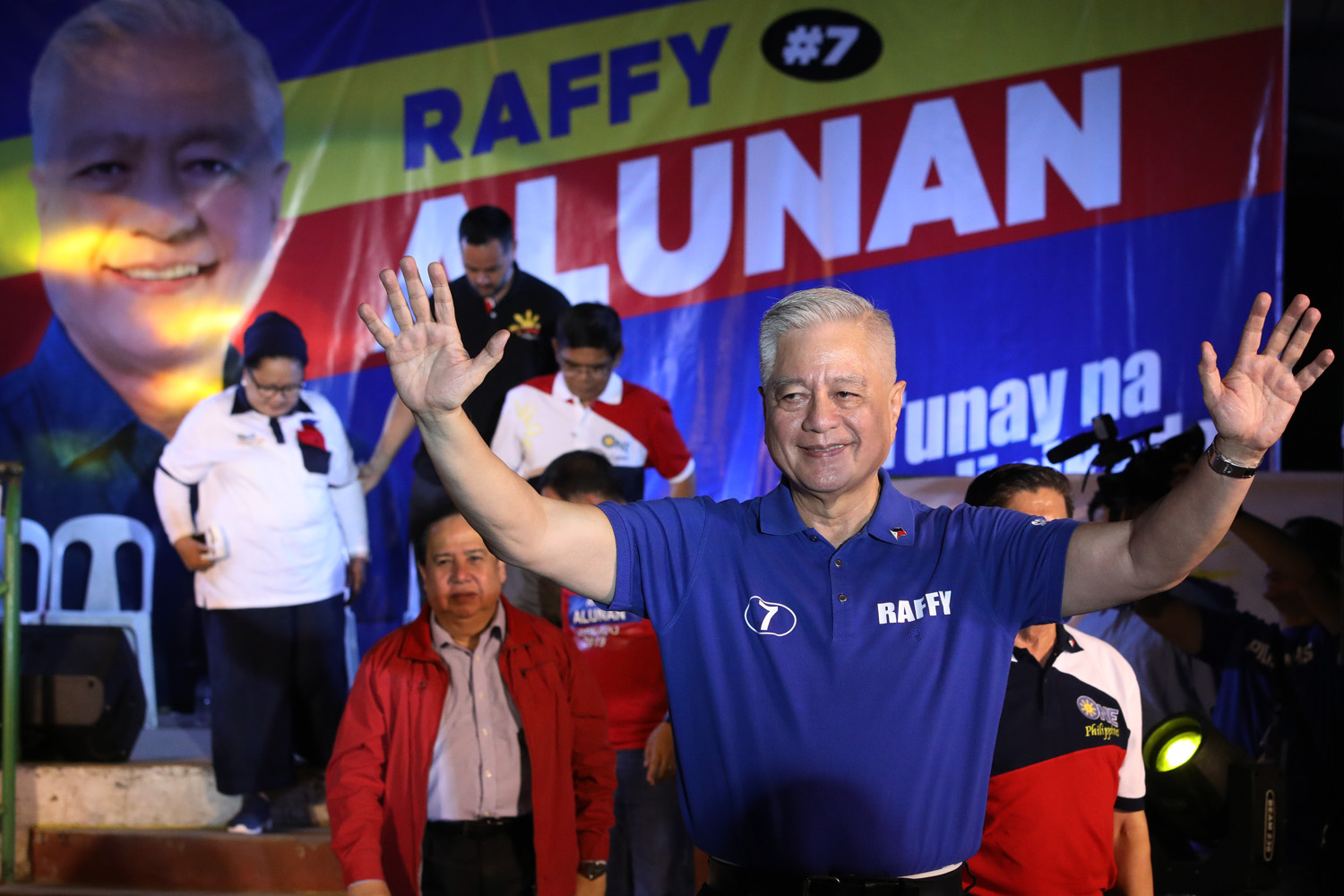 This was confirmed when Alunan joined the campaign rally of PDP-Laban on Saturday, February 23, in Biñan City.

PDP-Laban president and Senator Aquilino Pimentel III told Rappler that Alunan was personally picked by Duterte. “Yes. Chosen by the President,” Pimentel said in a message.

In his endorsement for Alunan, Duterte said the former DILG chief is “a thinking guy.”

Alunan is running under Bagumbayan party of Senator Richard Gordon.

Alunan previously ran for senator in 2016 when he was endorsed by then Davao City mayor Duterte.